What is the relationship between Junior and Rowdy in The Absolutely True Diary of a Part-Time Indian? Does their friendship survive when Junior leaves the reservation?

Junior and Rowdy are lifelong best friends. Over the course of the book The Absolutely True Diary of a Part-Time Indian, their friendship struggles, and they eventually reconcile, even though Junior knows their paths in life will be different.

Read more about Junior and Rowdy’s friendship and their ups and downs in the book.

Rowdy is Junior’s best (human) friend. (Junior’s best friend is his dog, Oscar.) Junior considers Rowdy to be the “most important person in [his] life,” even more important than the members of his own family. Rowdy and Junior were born on the same day in the same hospital, and they’ve been friends ever since. Junior and Rowdy’s friendship is one of the things that has helped Junior survive all these years.

Rowdy is the toughest kid on the reservation. He’ll fight anyone—girl or boy, child or adult, human or dog. He even throws punches at the rain. He got into his first fist fight when he was in kindergarten: A first-grader had thrown a piece of ice during a snowball fight, which made Rowdy mad. He punched the first-grader and two of the first-grader’s friends, and then he punched the teacher who tried to stop the fight.

The next day, Junior walks to his old school to tell Rowdy that he’s switching schools. Rowdy is alone on the playground because all the other kids are afraid of him.

Junior wants to tell Rowdy that he loves him, but he knows that boys aren’t supposed to say those kinds of things to each other and also that Rowdy would hate it, so he gets straight to the point and tells him that he’s transferring to Reardan. Then, Junior and Rowdy’s friendship begins to crumble.

At first, Rowdy thinks Junior is joking, and he doesn’t think it’s funny. When Rowdy realizes Junior is serious, he mocks him and says he’ll never go because he’s too much of a “wuss.” Although Junior knows Rowdy well and, therefore, should know better, Junior makes two critical mistakes at this moment:

Mistake #1: When Rowdy turns away, upset that Junior is leaving, Junior touches Rowdy’s shoulder. Rowdy shoves him and calls him a “retarded fag.” This makes Junior cry. Then, to Junior’s surprise, Rowdy starts to cry, too. The fact that he’s crying makes Rowdy so mad that he starts screaming at Junior, accusing Junior of always thinking he’s better than Rowdy.

Mistake #2: Junior tries to explain that he doesn’t think he’s better than anyone and touches Rowdy again. In response, Rowdy punches him. At that moment, Junior knows that his best friend is now his worst enemy.

Junior Seeks an Old Friend and Makes a New One

Rowdy usually spends part of Thanksgiving at Junior’s house, but he and Junior still aren’t speaking, and Junior misses him, so he draws a cartoon of the two of them as superheroes. He walks to Rowdy’s house to give him the cartoon and Rowdy’s drunk father opens the door. When Junior hands the dad his cartoon to give to Rowdy, the father looks at the cartoon and says, “You’re kind of gay, aren’t you?” He agrees to give Rowdy the cartoon, even though it’s “a little gay.”

Moments later, Junior looks up at Rowdy’s bedroom window and sees him holding the cartoon. When Junior waves, Rowdy gives him the finger, but Rowdy doesn’t rip up the cartoon, which gives Junior hope that maybe Rowdy still respects him, or at least his art, a little.

Junior doesn’t know how to deal with his feelings for Penelope, so he emails Rowdy, even though he doesn’t expect to hear back. To Junior, Rowdy’s still his best friend, even though Rowdy hates him. Junior tells Rowdy he’s in love with a girl who’s white and doesn’t know what to do. Rowdy responds a few minutes later, telling Junior he’s just another Indian “treating white women like bowling trophies.”

The players take their positions, and Rowdy laughs when he sees that Junior’s guarding him. The game has just started when Rowdy steals the ball. Junior knows Rowdy well, and he knows what Rowdy’s intending to do: Rowdy plans to dunk the ball, a dramatic opening move meant to embarrass Reardan in the first play.

Junior chases Rowdy down the court and does some quick calculating: Rowdy will probably start his jump 5 feet away from the basket; Rowdy can jump 2 feet higher than Junior can. So Junior makes the split-second decision to jump first. He and Rowdy rise together toward the basket, but, as if by magic, Junior starts to rise higher than Rowdy. It’s the first time in his life that he’s outjumped Rowdy. Mid-air, Junior steals the ball from Rowdy’s hands and observes the look of complete shock on Rowdy’s face. No one in high school basketball makes plays like this.

Junior lands with the ball and runs to the opposite end of the court, with Rowdy screaming behind him. Junior halts abruptly at the three-point line and head-fakes. Surprisingly, Rowdy falls for it, jumping in front of Junior as Junior patiently waits for him to pass. They make eye contact while Rowdy’s in the air, and Rowdy knows he’s made a stupid mistake.

Junior has time to stick his tongue out at Rowdy before swishing a three-pointer. Junior’s teammates, coach, and parents are ecstatic. In that moment, everyone knows that the game is already won.

After the school year ends, Junior’s at home watching TV when there’s a knock on the door and  Rowdy enters. Junior, surprised to see him, says, “I thought you hated me.” Rowdy acknowledges that he does, but that he’s also bored. He asks if Junior wants to shoot some hoops.

After shooting in comfortable silence for a little while, Junior tells Rowdy he should go to Reardan with him in the fall. Rowdy responds by saying he was reading a book about how “old-time” Indians used to be nomadic. Rowdy thinks that Junior is the only true nomad on the reservation, and that’s pretty cool. This makes Junior cry. Rowdy, dry-eyed, is unperturbed. He just tells Junior to make sure to send him postcards as he travels the world.

Junior and Rowdy play a game of one-on-one. They play for hours, until the moon is high in the sky, and they don’t keep score. 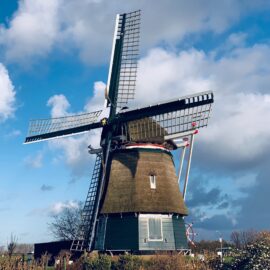 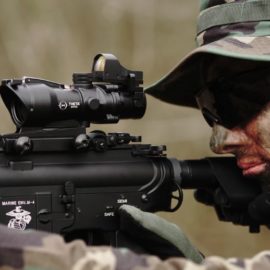 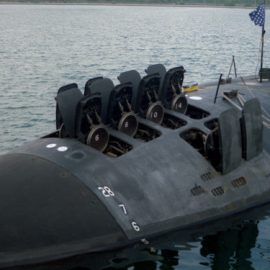 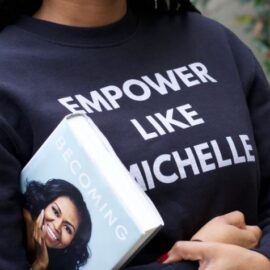