What were Seneca’s stoicism teachings? What do Seneca and Stoicism have to do with antifragility?

Long before Nassim Nicholas Taleb wrote Antifragility, thinkers and philosophers were searching for the idea of antifragility. One of the philosophers was Seneca, whose views on stoicism promoted indifference.

Read more about Seneca, stoicism, and how they were an early form of antifragility.

A couple of thousand years before Nero and Tony, the philosopher Lucius Annaeus Seneca, better known as Seneca the Younger, found antifragility in a different way. For Seneca, stoicism was the ideal lifestyle. Seneca was a prominent Stoic, from a school of philosophy whose followers try to remain indifferent in the face of hardship and good fortune alike.

His method for doing so was to consider his material goods already lost, even though he was fabulously rich. That way, if his fortunes suffered a slight decline, he wasn’t concerned with the loss because he’d mentally and emotionally written off those goods long ago.

This set him in contrast to most people who, once they reach a certain level of wealth, become obsessed with holding on to as much of it as possible. At this point the pain of losing their money far outweighs the satisfaction of making more; they have much more to lose than they have to gain. Therefore, they are fragile, vulnerable to chance and misfortune. Seneca, by considering his possessions already lost, avoided this trap.

However, rejecting his goods—and therefore fragility—would only bring Seneca to the level of durability, not antifragility. How could he actually benefit from the random whims of fate? As it turns out, that question goes hand in hand with another: Why, if he placed no value on his riches, did he bother to keep them?

The answer is, simply, that he wanted to experience the good that his riches would bring him. The fact that he was (supposedly) able to do so without the fear of losing them speaks to his success as a Stoic. Therefore, Seneca benefited from chance without being harmed by it. He always had more to gain than to lose. In short, he was antifragile.

This gets to the very nature of antifragility. Something or someone who has more to gain than to lose will, on average, benefit from volatility and random chance. The next section will address how to put this method of reducing downsides while increasing upsides into practice. 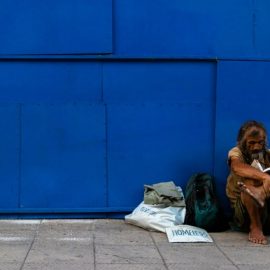 The Disadvantages of a Free-Market Economy