Who is Robert DeWeese in Zen and the Art of Motorcycle Maintenance? What is his role in the story?

Robert DeWeese is a friend of Pirsig who he meets in his travels. Deweese doesn’t have a large role in the story, but helps Pirsig explain the importance of art and of life.

Read more about Robert DewWeese in Zen and the Art of Motorcycle Maintenance.

Who Is Robert Deweese?

In Cooke City, the riders stop for lunch, and Pirsig discovers that the Sutherlands are as happy as he’s seen them. He acknowledges that he must seem distant to them, given the Chautauquas he’s been conducting while they all ride together. Chris, naturally, understands Pirsig’s introversion better, but even he worries sometimes.

The Sutherlands ask Pirsig how he met the family they’ll be staying with in Bozeman, the DeWeeses. Pirsig has to admit that he doesn’t remember. The DeWeeses are friends of Phaedrus’s friends—the husband, Robert DeWeese, whom Pirsig refers to as DeWeese, who is an abstract painter who teaches at the college in Bozeman—and Pirsig tells us that he hasn’t seen them since Phaedrus was erased.

Pirsig’s memories of Phaedrus’s relationship with Robert DeWeese are fragmentary, but he knows that Phaedrus was fond of DeWeese. His fondness stemmed from the fact that DeWeese continuously surprised Phaedrus: When Phaedrus expected one reaction from DeWeese, DeWeese would often produce the exact opposite reaction.

In his lecture, Phaedrus likened the university’s physical structures to a church building and its faculty to ministers. A church building isn’t sacred for its own sake—it’s made holy by its parishioners and their faith. And a minister’s primary goal isn’t to serve his community but to serve God (and thereby, in the long run, to do right by his congregation). Hence Phaedrus’s alternative name for the real university: the “Church of Reason.”

But why, when Phaedrus had already lost his own faith in rational thought’s ability to find truth, did he defend its free exercise so zealously?

Pirsig believes Phaedrus’s crisis of confidence drove him to defend the Church of Reason. We’re never fanatical about something we’re sure of—no one devotes themselves to convincing others that water will run downhill. Rather, we give ourselves to causes when they’re in doubt.

Phaedrus’s militancy took place in the late 1950s, before the rise of the hippies and the resistance to classical understanding as embodied by the Sutherlands. But he seemed to have a clairvoyant sense that the legitimacy of reason would soon come under fierce attack.

The riders reach Bozeman. Pirsig has a vague recollection of the town’s main street, but his predominant feeling is that of a tourist. At first he has some difficulty getting in touch with the DeWeeses, but he calls the college’s art department and gets directions to their home. They live at the base of the mountains outside of town; the road that leads to their house is made of deep gravel and is treacherous. The riders turn a corner and come upon a large house with an abstract iron sculpture attached to it. DeWeese is sitting under the statue, entertaining a couple.

Introductions are made all around—DeWeese already has guests over, a new art instructor at the school and his wife—and the group sits. Presently John engages Robert DeWeese and his guest in conversation, and Pirsig zones out. Although the conversation is for the most part agreeable, Pirsig begins to notice some awkwardness developing between John and DeWeese. It concerns their respective attitudes toward Pirsig: Whereas DeWeese is gentle, John is sarcastic and teasing. The awkwardness comes to a head when John says Pirsig must have been “really crazy” to leave such a beautiful place as Bozeman. DeWeese is appalled, then angry, but Pirsig calms him with a hand gesture.

The tension stems from the contexts in which DeWeese and John know Pirsig. To John, Pirsig is just an average middle-class person with whom he drinks and rides motorcycles; to DeWeese, however, Pirsig is a serious philosopher and intellectual. What DeWeese doesn’t know is that the Pirsig he knows—Phaedrus—is no more.

(Shortform note: Up to this point, the narrative has been ambiguous with regard to how much Pirsig’s friends know about his institutionalization and treatment. For example, it isn’t clear whether John knows that Pirsig was hospitalized, and so his comments about Pirsig’s “craziness” could either be understood as obliviousness or a joke in poor taste. DeWeese, however, doesn’t know why Pirsig/Phaedrus left Bozeman, so his anger at John can’t be about John’s making light of Pirsig’s illness. Rather, DeWeese is angry because John isn’t giving Pirsig the deference he deserves.)

As the sun begins to set, the temperature drops, and DeWeese’s wife suggests the riders unpack. Once everyone is situated, dinner is served in the living room. A hard, cold wind blows outside.

After dinner, more people arrive. Eventually the topic of technical writing comes up—DeWeese is frustrated with the manual for a rotisserie he’s purchased—and Pirsig recites a favorite line from a Japanese bicycle’s assembly instructions. The instructions begin by telling their reader that assembly requires “great peace of mind.”

Pirsig notes that, unexpected as this sentiment is, it’s actually quite wise: Peace of mind and a well-maintained machine go hand in hand. When the group expresses skepticism, Pirsig elaborates. 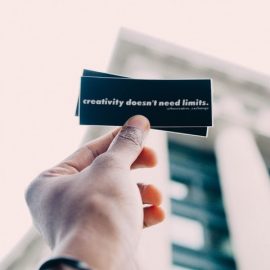 How to Maintain Your Creative Momentum 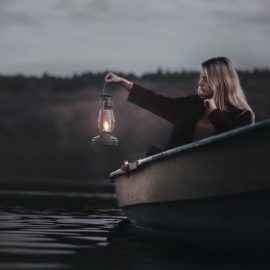 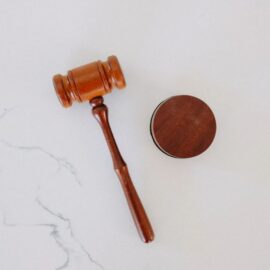