What is the right-to-repair law? Why do people advocate for it? Will the legislation be passed in the future?

Since approximately the turn of the century, a diverse contingent of owners, users, and independent repair workers has been pushing for the passage of right-to-repair laws. These laws would limit manufacturers’ ability to monopolize repairs on the products they sell.

Keep reading for an overview of the right-to-repair law, including its importance to consumers.

The Case for Right-to-Repair Legislation

Given the definition of private ownership, proponents of right-to-repair laws argue that if you own the product, you should be able to repair it or modify it as you see fit. Companies shouldn’t be allowed to make their products intentionally difficult to service. If they market a product that requires specialized parts or tools to service, they should be required to make those parts and tools available to anyone at a reasonable price.

Furthermore, proponents of right-to-repair laws argue that we should encourage people to repair products rather than replace them to protect the environment. This is because the less frequently you have to replace something, the fewer units of that product will need to be manufactured and ultimately disposed of. Less production means less depletion of natural resources, and less disposal means less solid waste to deal with.

The Current State of the Legislation

A notable exception is Massachusetts’ Automotive Repair Act of 2013, which required automakers to make any diagnostic tools and information that were necessary for servicing their vehicles or that they provided to their dealerships available to any person or business who engaged in repairing vehicles. Although this law is only enforceable within Massachusetts, most automakers comply with its provisions throughout the United States.

In 2020, Massachusetts amended its automotive right-to-repair law to cover wireless data-collection and diagnostic interfaces as well. This type of diagnostic interface was not covered in the original 2013 act, but it became increasingly common between 2013 and 2020. At the time of this writing, automakers have not yet complied with the additional requirements and are instead fighting the new law in court.

And in 2021, President Biden issued an executive order recommending that the Federal Trade Commission (FTC) endeavor to end unfair business practices that prevent product owners from repairing their own equipment.

What Does the Future Hold?

The future of right-to-repair laws naturally depends on the degree of support they receive from lawmakers and their constituents. And the degree to which people will support them, in turn, depends largely on their perceived effectiveness. If the right to repair was fully codified in law, how many people would actually take advantage of it? How much would it actually reduce production and disposal of products? How much profit would manufacturers lose as a result? How much additional profit would independent repair shops make?

It may not be possible to answer these questions definitively, but there are a few trends that provide some insight.

First, it appears that exclusive repair services are disproportionately profitable, at least for some manufacturers. For example, while John Deere is mostly known for manufacturing tractors and other agricultural equipment, one source asserts that John Deere’s repair branch is between three and six times as profitable as its product sales branch. This could explain why manufacturers are willing to spend large sums of money lobbying against right-to-repair laws. It also implies that if the majority of users switched to repairing their own devices or taking them to independent repair shops, many manufacturers would see a significant decline in profits.

Second, in recent years we’ve seen a resurgence of interest in do-it-yourself repairs, as evidenced by the number and popularity of how-to tutorials, videos, and other repair information posted online. This trend is self-reinforcing: The more information people post publicly, the easier it is for others to find what they need to make their own repairs—or even just find out that it’s possible to repair something they might otherwise have replaced. This gets more people interested in repair demos and information, increasing the demand for repair-related content and completing the cycle.

Furthermore, the proliferation of repair tutorials and related information is arguably beginning to dispel the myth that modern devices cannot be repaired, or are too complicated for an ordinary person to service. It’s true that everything from cars to appliances now use more digital electronic components than they did in the 1900s, and that digital control systems allow for more complex functions and features. But in many ways, digital controls also simplify devices, or at least have the potential to, if you know (or learn) how to work on them and have the right tools to do so.

For example, maybe an old appliance has a gearbox that allows a motor to run at different speeds. If a gear breaks, you’d have to replace it with an identical gear to make it work again. There are many sizes and specifications of gears, some common and some proprietary, so if you need a hard-to-find gear to fix the appliance, making the repair could be difficult or expensive. By contrast, maybe a newer appliance uses a digital circuit to control the speed of the electric motor: Instead of shifting the gearbox, you set the speed by adjusting a dial, which is connected to a variable resistor. If the variable resistor breaks, depending on the circuit design, you may be able to replace it with almost any other variable resistor, even one with slightly different electrical resistance, and still restore the appliance to full functionality.

If the trend toward more interest in do-it-yourself repairs continues, it could increase the support for right-to-repair laws, as well as the likelihood that people would actually take advantage of any such legislation when and if it is passed.

Is YouTube Considered Social Media? Here’s What to Know 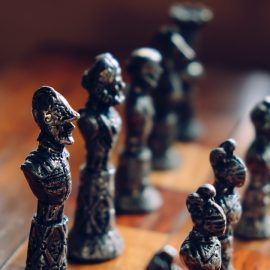 Machiavelli: Virtú Is the Main Ingredient of the Ideal Prince 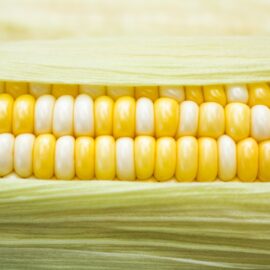