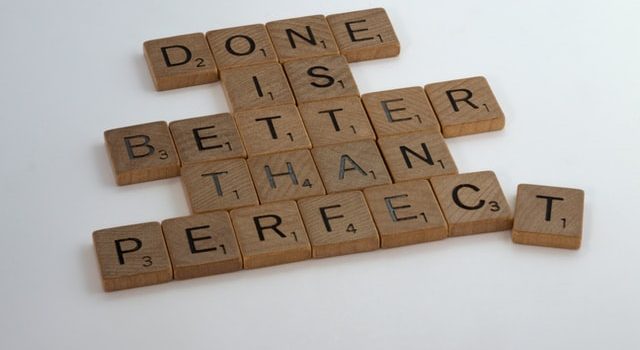 Perfectionism is the most common reason we procrastinate: We set such high standards for ourselves and tell ourselves there will be dire consequences for not meeting those standards. As a result, we find it hard to even start working on something.

Here’s how you can put an end to procrastination by making a shift in your mindset.

Perfectionism and procrastination often go hand in hand, but you can beat both by shifting your efforts from achieving perfection to achieving growth. Growth is a more realistic goal than perfection. When you approach tasks with a focus on improvement, they appear less daunting and your need to procrastinate dissipates.

(Shortform note: In The Art of Learning, professional chess player Josh Waitzkin argues that focusing on growth over perfection also bolsters your learning and resilience. Chess players who emphasize the process of growth over the outcome of winning see mistakes as opportunities to improve their strategy. When they make a mistake on the chessboard, they learn from it and continue playing (which leads to more learning). By contrast, chess players who strive for perfect outcomes become easily upset when they make a mistake or lose a game. Because they don’t persist through setbacks, they learn less.)

To demonstrate that it’s possible to shift to a focus on growth, the authors reference the work of psychologist Carol Dweck. She argues that you can transition from a “fixed mindset” in which you fear imperfection to a “growth mindset” in which you embrace failure. Let’s compare these two mindsets:

Below, we’ll describe a behavior that will help you develop your growth mindset.

The authors argue that setting realistic, multi-step, observable goals helps you form a growth mindset and prevents you from procrastinating on tasks. Let’s break down how these three traits each promote a growth mindset.

First, make your goal realistic. In doing so, you’ll learn to judge your success on reasonable standards rather than the impossible standard of perfection. This makes it less likely you’ll procrastinate since the task will seem more achievable from the start.

(Shortform note: In The 10X Rule, Grant Cardone argues that, on the contrary, it’s more rewarding to set ambitious goals. The title of his book comes from this rule: Set a realistic goal, then multiply it by 10 to make it ambitious. Try striving for a middle ground between Cardone’s approach and that of Burka and Yuen: Make your first goal achievable, and then push yourself by making your next goal more ambitious.)

Second, make your goal multi-step: By breaking your goal into multiple steps, you increase the likelihood that you’ll make some progress even if you don’t achieve the entire goal. You’ll move away from a fixed mindset (which overvalues the final product) and move towards a growth mindset (which values evidence of improvement).

(Shortform note: How can you tell if you should stop working on a goal after several steps and abandon the remaining steps? Experts argue that abandoning a goal that’s no longer serving your needs is a brave choice, not something to be ashamed of. They recommend that you abandon a long-term goal for any of the following reasons: 1) if you notice it’s harming your relationships, health, or finances; 2) if the rewards of finishing no longer motivate you; or 3) if you’ve changed enough that your goal no longer matters to you or aligns with your values.)

Third, make your goal observable: Ensuring each of your steps is observable makes it easy for you to notice and reward yourself for your progress. Rewards motivate procrastinators along the road to growth.

(Shortform note: It may feel challenging to create observable steps for emotion-related goals. For instance, imagine you want to better manage the stress you bring home after work. You can make the steps of this goal observable by identifying specific actions that improve your emotional state, such as playing an instrument or taking a bath.)

The authors recommend following these steps to set and complete a realistic, multi-step, observable goal:

1. Choose a Specific Task to Set a Goal For

Focusing on a specific task ensures you set a realistic goal. For example, imagine you want to start a garden. The goal “I’ll start a garden” is too broad: It doesn’t specify what type of garden and how large the project will be. By contrast, this goal is more specific: “I’ll start a 10-by12-foot vegetable garden.”

This makes your goal less daunting and builds in checkpoints along the way for you to assess your performance and reward yourself for positive progress. Furthermore, ensure your first step is easy so you don’t avoid getting started. For instance, this is an easy first step: ordering a book on vegetable gardening.

(Shortform note: How often should you work on your goal’s steps? In Eat That Frog!, Brian Tracy recommends you keep your goal relevant and maintain your positive momentum by engaging with your goal every day. Revisit your list of steps each morning and choose which one you’ll spend time on, even if it’s just for several minutes.)

3. Ensure Each Step Is Observable

An observable step is one that provides visible signs of progress. As you see your progress, you’ll grow more motivated. For instance, “I’ll grow two cherry tomato plants in cages” is a more observable step than “I’ll learn to grow tomatoes.”

(Shortform note: Consider creating a visual progress tracker to make your progress observable, too. In Atomic Habits, James Clear argues that people build positive habits when they visually track their progress. You should place your tracker in an easy-to-spot location (such as on the fridge) so you’re continually reminded of your goal. Marking your progress on the tracker provides you with an immediate reward, which is an addictive feeling you’ll keep chasing.)

Determine which steps are essential to completing your goal (must-do’s) and which ones you can do only if you have the extra time and energy (may-do’s). This step ensures you don’t procrastinate on your goal with less-essential, easier tasks. For instance, planting kale seeds could be a must-do; researching and planting three different varieties of kale seeds could be a may-do.

(Shortform note: How can you determine which steps are more essential? In Who Will Cry When You Die?, Robin Sharma claims that you should prioritize activities that both draw on your strengths and improve others’ lives. For instance, if you enjoy connecting with your neighbors, prioritize inviting them to help you garden over researching the best seed varieties.)

Ask a friend, family member, or colleague to provide feedback on your goal. By seeking this outside perspective, you make your goal public (which holds you more accountable). Other people can also help you spot any unrealistic expectations.

If a step toward your goal is more challenging than you expected, don’t take it as a sign that you’re inadequate. Instead, take a short break to allow your fears to pass, and return to this step later.

(Shortform note: When taking a break from a challenging step, show yourself compassion by sitting with the discomfort of that challenge. In The Subtle Art of Not Giving a F*ck, Mark Manson claims that the discomfort of failure promotes growth. Specifically, he argues that opening yourself to experiencing discomfort makes you tougher and makes you more empathetic towards others’ struggles. Don’t think of opening yourself to discomfort as self-punishment: Instead, think of it as a self-compassionate action you’re taking to nurture your growth mindset.)

7. Reward Yourself When You Complete Steps

Rewards release the chemical dopamine, which increases pleasure. Your brain associates this pleasure with the behavior that created it, strengthening the neural pathways linking your hard work to good feelings. This makes you more likely to rely on action rather than avoidance for future tasks. For example, you could take photos of each phase of your garden and then post them online to enjoy reading others’ reactions.

(Shortform note: Similarly to how you can encourage positive behaviors through pleasant rewards, you can also discourage yourself from negative behaviors (such as procrastination) by making these behaviors unpleasant. In Atomic Habits, James Clear argues that pairing negative behaviors with consequences makes you less likely to engage in them. For example, tell yourself that any time you avoid tending to your garden, you must spend the next evening gardening instead of watching your favorite show. This consequence will disincentivize procrastination, making it more likely you’ll chip away at your goal—and enjoy the rewards for doing so.)

Why Perfectionism and Procrastination Go Hand in Hand 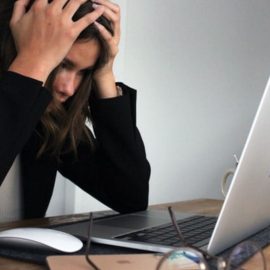 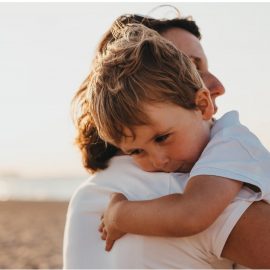