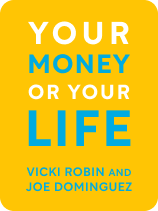 This article is an excerpt from the Shortform book guide to "Your Money or Your Life" by Vicki Robin and Joe Dominguez. Shortform has the world's best summaries and analyses of books you should be reading.

Do you practice responsible consumption? Do you know the difference it can make for the environment?

We often consume things we want, but don’t need. When we over-consume, we deplete the planet’s finite resources. If we fail to practice responsible consumption, we are robbing future generations.

Read more to learn how we can strive toward responsible consumption.

The Why and How of Responsible Consumption

Everything we consume comes from this planet, from the sand that’s used to make the glass in our windows to the cashmere in our sweaters. If everyone consumed resources at the rate of the US, we’d completely deplete the earth’s resources in less than a year.

Because the planet’s resources are finite, consuming more than our fair share means that we’re robbing resources from the generations to come. Practicing responsible consumption could turn this around.

A History of Consumption

Why do we consume so much? It started with the Industrial Revolution. Machines started making goods and fulfilling more of people’s needs. By the 1920s, people felt like they had enough—they worked enough, and got paid enough. They asked to reduce their working hours in order to relax.

But these changes didn’t sit well with two groups:

For production to continue at the same rate or faster—and to continue to line the pockets of industrialists—there needed to be new demand for factory-produced goods and services. Thus, marketing was born: the practice of convincing people to buy things they didn’t need.

Doing this required changing people’s ideas about why they worked. Advertising played a critical role, making a person feel that they lack something, then providing the solution to their problem—a product or service for purchase. Marketing taught people that:

You can strive toward responsible consumption by breaking your consumption habits. The first step is dismantling the myths you hold about growth, technology, and climate change.

Our economy is still based on the idea that growth is good. We think growth will alleviate poverty, decrease unemployment, and improve the standard of living. Because not spending money could lead to these woes, we’ve become convinced that it’s not only our right to consume, but our patriotic duty. By this same rationale, saving money is seen as not being patriotic and not contributing to the economy.

But the “growth is good” mantra ignores that the planet has limited resources. Every plant and animal is limited by access to resources, like water. And nothing lives forever. If we harvest a species of fish too fast for the population to replenish, then we drive that species to extinction.

Breaking down the myth that more is better will help us move toward responsible consumption and break harmful consumption habits that deplete the planet of its resources.

Myth #2: We Just Need the Right Technology or Policy

Sometimes we’re too quick to look to technology or government to solve the world’s problems. Here’s why:

Looking to technology and government makes us feel powerless to effect any change.

Myth #3: The Danger Isn’t So Immediate

Humans are hardwired to react to threats that pose immediate danger, like being hunted by a predator. We have trouble addressing less immediate issues, like climate change—we just don’t feel in danger. We may not feel the danger, but if we don’t act soon, our planet and future generations will pay.

Instead, we need to accept scientific understanding of the climate crisis and work to change our consumption habits with the same urgency as if we were facing down a bear. Practicing responsible consumption can preserve the planet for future generations.

Like what you just read? Read the rest of the world's best book summary and analysis of Vicki Robin and Joe Dominguez's "Your Money or Your Life" at Shortform .

Here's what you'll find in our full Your Money or Your Life summary : 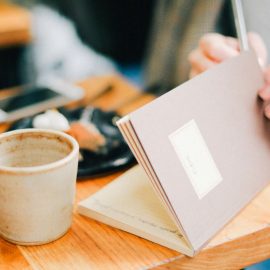 How to Set Up a Bullet Journal Daily Log 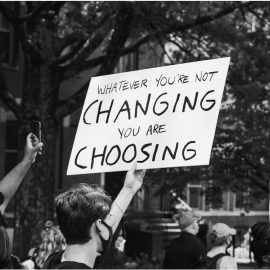 The Tim Ferriss Method for Living a Longer Life