What is resilience in aging? How can aging actually be a good thing, and help develop antifragile systems?

Though as a society we’re obsessed with things that are new, older products and objects are often more effective. Antifragility develops over time, and systems—and people too—can actually get stronger as they get older.

Read more about resilience with aging and its connection to antifragility.

The Fragility of the New

We can make progress by taking away what’s fragile and flawed, rather than by adding new ideas and inventions to our systems. In other words, we can move toward antifragility by eliminating fragility and adding to the resilience of aging.

This chapter also discusses people’s illogical obsession with new things. Looking through the lens of antifragility, it’s clear that something that’s withstood the test of time is almost guaranteed to be better than something new, whose fragility hasn’t yet been tested. Old ideas and technologies will generally outlive new ones. In spite of that, many people are constantly chasing after the “hot new thing.”

Readers may have noticed that, for all the talk of antifragility, most of the examples we’ve discussed so far have been fragile situations. The reason is that, in many cases, antifragility is more about what you avoid than what you seek out.

This is hardly a new idea, though the label “antifragility” was never attached to it before. The Arab scholar Ali Bin Abi-Taleb said that staying away from foolish people was as good as keeping company with wise men. The author Jon Elster, in his book Preventing Mischief, wrote that the purpose of legislation is to prevent things that might harm the people. In a more modern example, Steve Jobs said that innovation and focus aren’t about saying yes to the thing you’re working on, but saying no to everything else.

In short, antifragility can be about getting rid of fragility. Remember one of our earliest examples of antifragility: how people get stronger by exercising. It’s not done by somehow seeking out stronger muscle tissue. Instead, weak muscles break down and stronger muscles grow in their place. This is part of where the resilience of aging comes in, since it involved working on prevention.

People tend to have a problem with the concept of negatives, the idea that what isn’t there is as important as what is. That’s why people who solve problems are praised, but people who avoid them in the first place often go unnoticed. In the same vein, people like being given concrete, actionable advice. That’s why there are countless self-help books out there advertising that they’ll give you a 10-step process for whatever you think you need help with.

However, some of our most concrete advancements—personal, scientific, or what have you—come from negation. That is, getting rid of what isn’t working or what we know to be wrong. We, as a species, know much more about what’s untrue than what’s true.

For example, if someone thinks that all swans are white, seeing a single black swan is enough to disprove that theory. However, seeing a thousand white swans isn’t enough to prove it. No matter how many white swans that person sees, there’s always the chance that a swan of another color could be out there somewhere.

We can also improve our own health and happiness by negating—that is, getting rid of—things that negatively impact them. Just like antifragility is often about avoiding fragility, happiness is often about avoiding unhappiness. Consider what people think is necessary for happiness: good health (that is, lack of sickness), money (lack of worry about material goods), and purpose (lack of boredom), to give a few common answers.

As for health, the doctor Druin Burch wrote in Taking the Medicine that getting rid of smoking would be a greater net benefit to humanity than curing every type of cancer in the world. That would be an enormous example of progress by negation.

Modern society, corporations, and governments have a tendency to look for ever-more-complicated predictive models and solutions to the problems that they foresee. However, this isn’t necessary—in fact, it’s actively harmful.

Such models lead people to over-prepare for the wrong things (like when the predicted oil boom turned into an oil crash). At the same time, they completely miss the rare events that’ll have the greatest impact; the ones far out on the “significance” axis.

Less is more is a common adage that’s remarkably easy to apply. Instead of relying on complex models and calculations to predict when and how problems will occur, just make sure that you’re prepared for when they inevitably do. For example, if you’re in business, don’t waste your effort trying to predict the next market downturn; simply ensure that you’ve got money set aside for when (not if) it happens.

When there is a problem that needs to be solved, small-scale solutions can also have enormous effects if applied in the right places. For instance, economist and author Bent Flyvbjerg once demonstrated that most corporate cost overruns are due to large-scale technology projects. Therefore, rather than obsessing over models and predictions, these corporations could easily just not take on such projects, thereby avoiding the financial hit.

“Less is more” can, and should, also be applied to making personal decisions. If you need to make lists of reasons why you should do something, then you shouldn’t do it. Something worth doing should only need a single, convincing reason. Similarly, people who talk themselves up with long biographies and lists of achievements should be avoided; if they’d done something worthwhile, they’d lead with that, and it would be enough to get your interest.

Antifragility, and the related concept of progress by negation, naturally lead to the conclusion that the old is stronger than the new. There’s a reason that we talk about things “standing the test of time.” Time is, in essence, random events. The more time passes, the more random events will happen. Fragile things will, sooner or later, be destroyed by randomness. Therefore, things that survive for a long time must be durable or antifragile.

The next time you eat a meal, think of how many discoveries and technologies go into making it possible and how ancient many of them are. Silverware has been saving our hands from getting greasy and burned since ancient Mesopotamia. Wine has existed for around 6,000 years and glasses to drink it from for around 3,000. The fire to cook the food is typically considered one of the earliest discoveries that humans ever made.

Progress by negation is counterintuitive. People tend to be drawn to the newest and shiniest things. If asked to imagine the future, they’ll think about what new technologies and discoveries might be present; rarely do they think about what won’t survive the test of time.

Any number of science fiction novels prove this point. Such books are almost always about what’s new, not about what’s still there from the old days. Almost all of them envision a world that’s almost unrecognizable, instead of one that still closely resembles the time when the book was written—though admittedly, that may just be because it wouldn’t make for a very interesting story.

The Opposite of Aging

Since the old is stronger than the new, it leads to another counterintuitive point—things that have survived for a long time already will outlast things that haven’t been around as long. People often overlook resilience in aging for two reasons:

It’s true that individual items, or people, or many other things will break down over time. Even items we don’t usually think of as perishable, like cars or books, will eventually rust or rot and stop being usable. However, the ideas and technologies behind the automobile and the printed word are much older than any individual car or book, and they will survive much longer. That’s not to say that all ideas and technologies are immortal—only that the ones most vulnerable to time are probably already dead.

It’s also not to suggest that this holds true 100% of the time. Of course there are counterexamples: The Internet, which is newer than landline phones, seems likely to survive long past the time when the last phone cord is unplugged. The point is that, on average, things that have existed for a long time will outlive the newest fads.

A teacher named Paul Doolan once asked how he could teach children the skills they’d need in the 21st century, when he didn’t know which skills those would be. In light of the reverse-aging effect, the best answer is to have them read the old classics; the future will be found in the past. 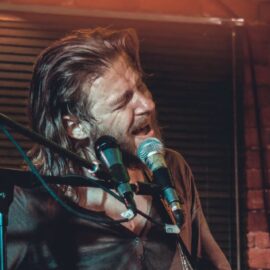