What are the best ways to plan for reducing errors in the workplace? What do experts recommend?

Keep reading to learn Brooks’s three rules for reducing errors in the workplace.

How to Reduce Errors in the Workplace

No matter how carefully you plan your project, errors and problems inevitably arise. Regardless of the industry, large projects typically involve a lot of testing, repairing, and perfecting. Reducing errors in the workplace will help to bring your project to completion on time, says Frederick P. Brooks. Brooks led the division of IBM that programmed computer operating systems in the 1960s. He managed over 100 employees to create cutting-edge programs that required an intense degree of coordination: If all the parts didn’t work together correctly, his operating system wouldn’t work. Brooks found that the more parts he needed to coordinate with each other, the more opportunities there were for errors.

Below, we’ll explain Brooks’s three golden rules for reducing errors in the workplace, based on the advice from his book The Mythical Man-Month.

Rule #1: Plan to Throw Out the First Draft

Brooks argues that you should expect to discard your first attempt at your project and treat it as a learning opportunity. He cautions against sinking time and effort into fixing your first draft at all. In his experience at IBM, there were so many errors in the first attempt, that it was more efficient to simply learn from the process, cut his losses, and begin fresh again. Therefore, to apply his advice for reducing errors to your own workplace, Brooks advises you to treat your first draft of the entire project as a trial run.

One of the most vexing parts of software development is that repairing errors comes with the risk of adding new errors, because fixing code requires changing it. Once you change something, you always run the risk that it won’t coordinate as well with all the other components. Brooks offers two main takeaways.

1. You will reach a point where repairing and debugging provides diminishing returns. There’s no value in polishing a program to perfection forever because your project can never be perfect. To apply this logic to your own workplace—plan on cutting your losses eventually and deciding when the project is good enough.

2. Programs that are patched after they hit the market will slowly degrade. As the programmers publish new patches—repairs introduced after the software has already been published—they will continue introducing new errors. Brooks asserts that patched software naturally disintegrates because every patch runs the risk of making it worse. Therefore, in your own workplace, he advises you to plan on eventually replacing your product instead of fixing it forever.

Rule #3: Don’t Build Something You Can Buy

Brooks’s last piece of advice for reducing errors in the workplace as well as overcoming the challenges of managing complex projects is simply not to do it at all. Because of the inherent challenges and complexity involved in certain projects, often you can save your company a lot of time by simply buying something off the shelf instead of producing it yourself. Brooks cautions you to consider what actually needs to be made in-house, and where you can cut time, cost, and labor by making a simple purchase. 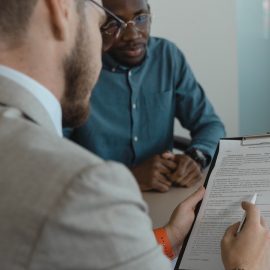 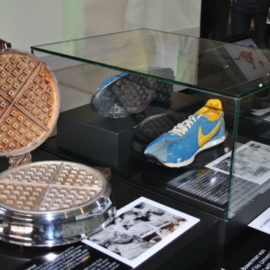