What are some of the traits of the red personality type? How can you adapt your behavior to work cooperatively with a red-dominant person?

According to Thomas Erikson in Surrounded by Idiots, Red personalities are unapologetically ambitious and self-confident. They like to be in charge and are comfortable taking risks. People with this personality are extroverted and not afraid to speak their mind, even when it causes conflict. Erikson notes that Hippocrates calls this behavior type “choleric.”

Here’s how to manage a working relationship with a red-dominant person.

Working With a Red-Dominant Person

Help manage the details. Erikson reiterates that Red-dominant people are big-picture thinkers and don’t care about how the vision is accomplished. Though he won’t like it, you can help this personality type by reminding him that details are, in fact, important. If you have a Blue or Green personality, you might offer to take up the minutiae yourself. If you have a Yellow personality (not keen on details either), try suggesting he delegate those tasks to a teammate who will thrive.

(Shortform note: Red personalities have no problem delegating, but because they aren’t detail-oriented to begin with, it could be helpful to create a list of specific tasks that they can assign to various team members.)

Encourage them to slow down and calculate risks. Erikson says that Red personalities rarely stop to calculate risks because they want to get the job done as quickly as possible, and they believe that they must always stay busy. If you’re collaborating with a Red-dominant person, remind him that by slowing down just a bit, he will make fewer mistakes and increase output.

Stand up to them if they’re alienating others. Erikson reminds you that Red types don’t intentionally intimidate others, but their brash style of communicating (in combination with their short fuse) can leave others feeling steamrolled. If you see this happening, Erikson says the best thing to do is stand up to them by pointing out the behavior and communicating that it’s unacceptable.

(Shortform note: If this personality type prefers direct communication, as Erikson says, then it might be more effective to encourage the intimidated colleague to confront the Red-dominant person himself. You can help the colleague prepare for the meeting by role-playing, or offer to come along as a mediator.)

Cut to the chase. If the purpose of your visit is to talk business, a Red-dominant person will be annoyed if you try to be his friend. One of the worst things you can do is ask about his family, hobbies, or personal life—he doesn’t believe you have a right to the information and he also thinks it’s a waste of time. Instead, Erikson recommends you ask for what you want in the fewest words possible.

(Shortform note: This advice contradicts what Dale Carnegie recommends in How to Win Friends and Influence People. Carnegie says that expressing an interest in the other person’s life is a tenet of effective salesmanship. He maintains that people love to talk about themselves and this is a quick way to win their favor and set a positive tone.)

Have an opinion and stand your ground. Erikson warns that if you approach a Red personality type with a meek “yes-man” attitude, you’re dead in the water. Red personalities respect people who have strong opinions and don’t back down easily. If your boss tells you, “No, I can’t afford to give you a raise right now,” don’t give up. Instead, respond confidently with the factual reasons why you deserve a raise and leave feelings out of it. Erikson reminds you that Red types love a challenge, so your boss is likely to embrace the negotiation process.

(Shortform note: It’s possible to stand your ground and respect the other viewpoint simultaneously. Carnegie explains that if you can understand why the other person thinks the way they do, you hold the key to changing their mind. Start by acknowledging the other person’s opinion and explain, in your own words, why the opinion is relevant. After the recipient receives this validation, explain your position passionately.)

Focus on the future and take initiative. Erikson says Red types are always looking to the future, and they respect people who take initiative instead of waiting for directions. If you want to sell a Red-dominant boss on your raise, tell him exactly what you plan to do to help him. Use concrete figures and stay away from flowery language.

(Shortform note: Carnegie says that stating the truth of a situation and providing facts and figures is not compelling enough to persuade most people. He encourages his readers to appeal to the other person via their emotions through showmanship and visual elements. This contradicts Erikson’s advice for how to appeal to a Red personality.)

Giving Feedback to a Red-Dominant Employee

Prepare for battle. Erikson warns that a Red personality type won’t sit quietly and listen to feedback. Instead, he will argue with you on every point and assign a scapegoat for every criticism. For this reason, Erikson advises you to give the feedback at a time when you’re feeling strong. For example, if you’re always tired at the end of the workday, schedule your meeting for the morning. You need to be energized and mentally prepared for a strong reaction.

(Shortform note: When it comes to criticism, the sooner you give feedback, the better. This is even more true for dominant personalities, because there is less room to argue when the behavior in question is still fresh in everyone’s mind. If you address the issue right away, you also eliminate the argumentative question of, “Why is this an issue now?”)

Be direct. Erikson reminds us that Red personalities don’t mince words, so skip the small talk. Also, he advises against using a “compliment sandwich” (a compliment before and after the criticism), because Red types recognize and hate when things are sugar-coated. Instead, Erikson says, tell them exactly what the problem is, using the fewest words possible.

(Shortform note: You can offer straightforward criticisms in a way that doesn’t bruise the ego by drawing on the employee’s expertise. Rather than saying, “Your presentation appeared rushed and had many mistakes,” ask him, “What do you think you could do to minimize errors in future presentations?” Using this method, you aren’t sugar-coating the issue but you’re showing that you trust that he knows how to fix it.)

Give examples. Whatever you’re critiquing, Erikson says a Red-dominant person won’t just take your word for it. Be prepared with specific, concrete examples of the behavior in question. If you aren’t ready with more than one example, they will dismiss the criticism altogether.

(Shortform note: Almost everyone experiences an internal defense mechanism when receiving negative feedback. We assume that the person doing the criticizing is either misinformed or doesn’t like us. This is rarely the truth, however, and examples can help the recipient see that the critique is based in reality.)

Leave feelings out of it. Erikson says it’s a waste of time to tell Red personality types how they made someone else feel because they don’t believe other people’s feelings are their responsibility. Red personalities are task-driven (not relationship-driven), so Erikson says you’ll have better luck if you explain how their actions affected the person’s performance.

(Shortform note: To keep the feedback objective and not opinion-based, provide a specific actionable with each critique. For example, instead of saying, “Your colleagues have trouble working with you because you’re overbearing,” say, “I’d like to see some more flexibility in your collaboration, so on the next two projects, I want you to practice being the second lead instead of the first, and we’ll debrief afterward.”)

Make them repeat the plan. At the end of the meeting, Erikson recommends you give Red-dominant people hypothetical scenarios and ask how they’d handle them. Go through each one together and make sure they have a plan for how to behave appropriately. Remember, Red personalities are problem-solvers, so this activity should feel satisfying to them while reinforcing what was discussed.

(Shortform note: Consider closing a feedback session with a joint action plan. What change needs to take place? How will progress be measured? When will a follow-up meeting take place? These questions should be discussed and the answers agreed upon before adjourning the meeting.)

The Importance of Empathy in the Workplace 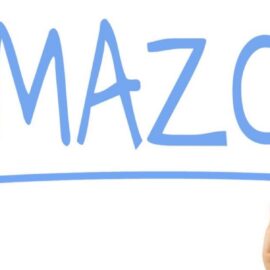 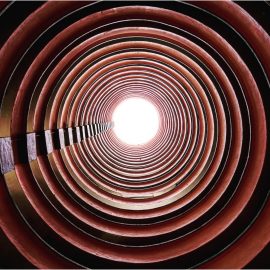 What Is a Sales Funnel & How Does It Work in Marketing? 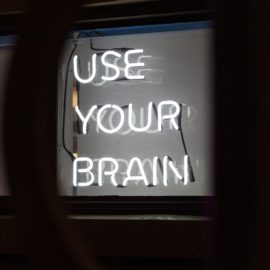 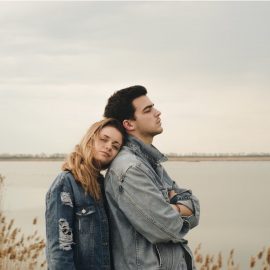 Repairing Trust in a Relationship the Right Way