Have you ever felt compelled to do something by someone in charge? Did someone who looked official because of a uniform seem like they had to be obeyed? You can rebel against authority of a fake nature.

The expertise test is a critical thinking exercise that forces you to question whether or not someone is credible. If they are and if they are truthful, they are a legitimate source of authority. Otherwise, you should be resisting illegitimate authority that is trying to manipulate you.

Rebel against authority, or at least the faux kind of authority.

The Nature of Authority

The Authority Principle states that people are hard-wired to comply with requests that come from an acknowledged and accepted source of authority. Thus, the psychology of authority states that we are strongly inclined to be deferential to people who we consider to be in a position of power or expertise.

Given this strong fixed-action pattern of compliance, it is no wonder that compliance professionals know how to use the appearance or suggestion of authority to force us to accede to their requests. But you can rebel against authority like this.

Refusing to comply with authority can be extremely difficult given how strongly conditioned most of us are to obeying orders. And, of course, we shouldn’t seek to rebel against authority of all figures in all situations.

For example, it would be a bad idea to be caught disobeying authority by refusing to pull over your vehicle when police officers signal for you to do so. Most authority figures like police officers, judges, lawyers, and doctors are in their positions for good reasons. They have special training, expertise, or legal sanction to be in charge in certain situations. Disobeying authority from these sources is not the same as resisting illegitimate authority.

The trick, as always, comes in recognition. When should authoritative promptings be followed and when should you rebel against authority? There are two tests to apply to help you answer this question, and they focus on resisting illegitimate authority.

The expertise test wants you to ask yourself, “Is this person truly an expert?” This will prompt you to assess the person’s credentials.

The expertise test will also prompt you to evaluate the relevance of the authority figure’s credentials to whatever it is that they’re trying to get you to do. This test will steer you in the right direction both ways: its logic will compel you to obey legitimate authority figures and be highly skeptical of fraudulent authority figures or those with ulterior motives. You can rebel against “authority” of fraudsters.

For example, a doctor in a hospital giving you medical advice about your upcoming surgery has a) legitimate credentials and b) highly relevant subject-matter expertise in the topic at hand. There’s likely no need for disobeying authority in this situation.

Conversely, an actor who plays a doctor on TV and is endorsing some pharmaceutical or health product in a commercial has a) no credentials or training as a real physician and b) irrelevant credentials in another field: she’s an expert in acting and performance, not medicine. It is important to ensure you are resisting illegitimate authority like this, which can be dangerous to follow.

In addition to examining an authority’s expertise, you need to look at how truthful they’re being. Do they have an ulterior motive? Do they have a reason to lie or mislead? Often, experts stand to gain personally from our compliance with their recommendations. So, disobeying authority may make sense even when they have appropriate qualifications.

Compliance practitioners know that we might be looking closely at their true motivations, however. In a further attempt to deceive us, they’ll often go out of their way to appear to argue against their own interests. Your desire to rebel against authority could backfire.

For example, a waiter might dissuade you from ordering an expensive entree by telling you that it’s actually not that good, and instead recommend a slightly cheaper main course. In doing so, the waiter establishes trust and credibility: he must have your best interests at heart, because he’s talking himself out of money! There’s no need to rebel against authority here.

With your newfound trust and credibility in him, the waiter can then persuasively recommend expensive side dishes, wines, and desserts: after all, he’s proven that he’s a subject-matter expert and a guardian of your best interests. Of course you should trust his subsequent recommendations! Choosing when to rebel against authority is truly a cat-and-mouse game. 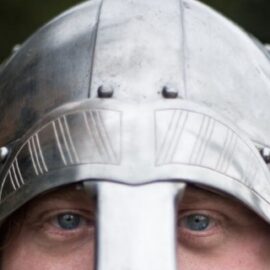 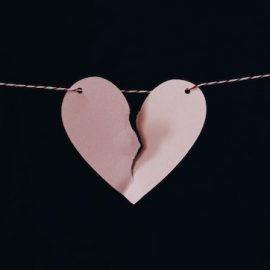