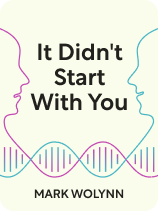 This article is an excerpt from the Shortform book guide to "It Didn't Start With You" by Mark Wolynn. Shortform has the world's best summaries and analyses of books you should be reading.

What is biological trauma? Can trauma be passed down from generation to generation?

Cellular biologists have demonstrated that environmental influences—including our mother’s behaviors, thoughts, and beliefs—shape us physically and emotionally from the moment of conception. These influences biologically program us to respond to our environment in certain ways. Dysfunctional patterns literally get imprinted on our bodies, resulting in biological trauma.

Let’s dig into the biology of trauma more deeply.

Just as our mother’s blood nourishes us with oxygen and nutrients while we’re in the womb, she constantly shuttles hormones and signals generated by her emotions. As Wolynn explains, these hormones and signals shape the chemistry and function of our cells. The cells then influence which genes get switched on.

(Shortform note: Wolynn also notes that fathers leave their biological imprint on children, not just mothers. Yet much of the conversation among health researchers homes in on the extent to which mothers’ choices and behaviors affect their children. Some caution that this constitutes the “new science of blaming mothers” and provides cover for those who seek to scapegoat women for society’s ills and control their behavior.)

Scientists can now identify specific genes that are linked with particular emotional states, such as heightened depression and anxiety. So, Wolynn says, we know which genes activate when we respond to stressors. If your mother experiences high, sustained stress during pregnancy, those stress hormones pass along to you. This could be a good thing—for example, if it prepares you to adapt and survive in a dangerous environment, like a high-crime neighborhood. Alternatively, it could be maladaptive. Even when you’re surrounded by love and safety, you could enter the world on high alert.

Many studies now reveal that children of parents who lived through traumatic events—such as the 9/11 attacks in New York City or the Holocaust during World War II—display gene expression and stress patterns similar to those of their parents, even though they didn’t directly experience the trauma. Control groups confirm the uniqueness of these findings. Wolynn says that although scientists haven’t yet isolated the exact mechanisms responsible for transmission of biological trauma from parent to child, animal studies indicate that biological markers of trauma can be passed down through at least three generations.

New Research on the Role Genes Play in Biological Trauma

Whereas Wolynn asserts that genes influence whether someone manifests trauma symptoms, he doesn’t specify how much influence genes have. Let’s look at what the research says.

According to studies conducted on twins, genetic factors do not cause all differences in trauma response. Rather, they account for about a third of the variation between those who exhibit trauma symptoms and those who don’t. Other research completed after the publication of Wolynn’s book shows mixed results. Studies conducted on children of trauma survivors sometimes revealed no differences between trauma survivors’ offspring and controls in terms of their susceptibility to trauma symptoms. Therefore, we cannot assume that just because a child has parents who endured severe trauma, the child will have a predisposition to trauma symptoms.

Given these mixed results, some researchers are looking at non-genetic factors to explain trauma symptoms, such as a family’s socio-cultural milieu and different communication styles of trauma survivors that shape children’s ability to manage stress.

Like what you just read? Read the rest of the world's best book summary and analysis of Mark Wolynn's "It Didn't Start With You" at Shortform .

Here's what you'll find in our full It Didn't Start With You summary : 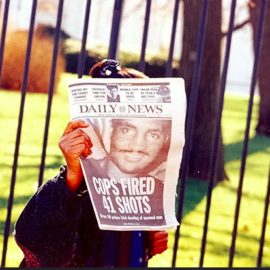 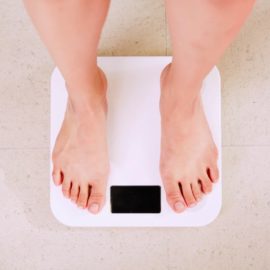 The Science Behind Fasting and Weight Loss