What does questioning authority mean? Why do humans question authority?

Questioning authority means that we don’t always agree with authority, but also realize our dependence on authority figures. This conflict is normal to human nature.

Read more about questioning authority and why people are conflicted.

Questioning Authority: Why We Do It

By nature, humans have conflicted emotions about almost everything. However, people tend not to admit these conflicts to themselves, or even notice them in others, because they’re confusing and require extensive self-reflection to untangle. This is for three reasons:

We especially have conflicted feelings about authority figures because they remind us of the conflicting feelings we experienced toward our parents, leading to problems with authority. Like our parents, we depend on authority figures—without them, we don’t have people to learn from, we fall victim to short-term thinking (more on this in Law #12: People Are Bad at Long-Term Thinking), and there’s nothing to rebel against, so we don’t learn to think outside the box. Additionally, in leaderless groups, everyone’s individual needs pull the group in so many different directions that the group doesn’t have purpose and never makes progress.

We also, however, crave independence from authority figures. We want to disassociate from leaders because they make us feel inferior and envious, or because we fear they might manipulate their power to achieve their own ends, rather than what’s best for the group.

These conflicted feelings cause us to act fickle towards authority figures and encourage questioning authority. For example, in older times, if something went wrong under a king’s rule, he could be executed, and people would celebrate at these events. Today’s leaders are “executed” via losing elections or public shaming. Additionally, when it comes to established leaders, this fickleness can come from a fear of corruption—the longer someone’s in power, the greater chance they have of being corrupted.

In this law, we’ll learn how to manage toxic types and make people like us.

Authority and leadership aren’t synonymous. Authority comes from striving for a higher purpose, which is a fundamental human need. People need purpose to help them guide their behavior for two reasons:

Leadership, on the other hand, is just holding a position of power, and questioning authority is another part of dealing with leaders.

It’s possible for someone with little authority to end up in a leadership position, especially today, because many people, even those in charge, associate negative connotations with authority and avoid using it, and develop problems with authority.

Therefore, it’s important to assess leaders before choosing to join their groups or follow them. Otherwise, we might decide to follow someone who doesn’t actually have a vision, regurgitates a groups’ desires, or is susceptible to the collective emotions of the group.

To learn to recognize and measure authority, think about your parents, teachers, mentors, bosses, and leaders in society and reflect on how much of an effect they’ve had on you, others, and the groups they lead. Try to figure out where they get (or don’t get) their authority from in specific moments. You might come to a realization about problems with authority.

Questioning authority is normal, but it’s important to recognize why you do it. 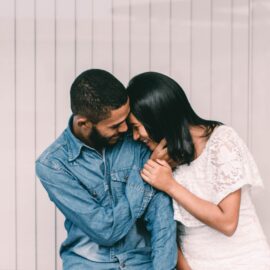 Subconscious Self-Sabotaging: Why You Keep Failing