Why do we make irrational choices when we have to make a decision in public? How can we counter the urge to make unique choices?

Studies show that when we have to make decisions aloud, we tend to choose things we don’t actually want in order to maintain our independence and end up dissatisfied. There are some steps we can take towards making more satisfying choices.

Continue reading to learn how to make more satisfying choices when forced into public decision-making.

When we’re forced to do public decision-making, we tend to make very different choices than we would privately. Furthermore, when groups of people make decisions aloud, their choices are much more varied than they would be if they were choosing privately.

This is because people feel a natural, but irrational, need to protect their individuality by making choices that are different from those already “taken” by others. Subsequently, those who make decisions in private are more likely to be satisfied with their choice, because they’ve made a choice based on preference and not a need to prove something. We make choices based on our need to project a certain image of ourselves, even if those choices are not necessarily the best or most rational choices for us.

At a brewery, experimenters offered free beer samples to 100 tables. There were four different beers on the menu. At the first 50 tables, clients were asked to make their orders out loud. The beers were delivered with a short survey that asked respondents how much they liked the beer they chose, and if they regretted their choice. At the second set of 50 tables, the process was the same, except that clients were asked to write down their orders instead of saying them aloud.

How Orders Can Reflect Cultural Values

What’s interesting is that the tendency to make public decisions that demonstrate individuality is largely culture-dependent. Whereas the beer experiment exposed the value that Americans place on uniqueness, a similar experiment in a Hong Kong restaurant revealed the value their culture places on conformity.

In Hong Kong, when the participants were able to order privately, their tables chose a wider variety of dishes. When they ordered out loud, however, many participants opted to order the same thing as the person before them—reducing the variety of different meals ordered and their overall satisfaction with the meal.

The inherent need to make choices that are yours can hold you back from making rational decisions in a number of areas. Perhaps you’ll simply end up ordering a drink you don’t really want at a bar, or you’ll choose a university you don’t love because a rival of yours already chose your first pick.

It’s often difficult to know how you’ll act in a state of emotional arousal—which may easily happen when your individuality is called into question. Therefore, it’s helpful to think ahead and put some tools into place to help you make decisions and stick to them.

What Human Error Can Teach Us

Many of our practices are based largely on information about how people should act, but it’s clear that we should be more focused on learning how people do act. By doing so, we can find ways—irrational though they may be—to improve our communities and social relationships, make better choices for ourselves, and act with honesty.

Public Decision-Making: When Choices Are Harder 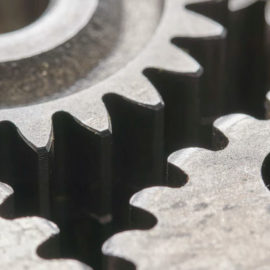 Analytical vs Practical Intelligence: Which Is Better?