Have you ever gone to the store to buy something only to find it sold out? What do you do the next time you find it in stock? Do you purchase extra? That’s the psychology of scarcity at work.

Scarcity is a powerful motivator of human behavior and triggering a scarcity mindset is a useful tool for compliance practitioners.

Based on what you know about the psychology of scarcity, you can probably guess that participants rated the “rarer” cookie as being tastier and of higher quality (though the cookies in both jars were identical).

OK, no surprise so far. But two additional findings from the study show that the psychology of scarcity is even stronger under certain conditions.

Worchel wanted to test and see if people would desire the cookies more not only if they began as scarcer, but if they had recently become scarcer.

In this experimental twist, participants were first asked to evaluate cookies from the ten-cookie jar. They were then asked to rate a cookie from the two-cookie jar. Thus, the previously abundant supply of cookies was suddenly and drastically reduced.

The recent scarcity effect was clear. This group that experienced a sharp drop in their cookie supply rated the cookies higher than those who had only known a scarcity mindset from the beginning.

We can see the psychology of scarcity dynamic playing out in the real world, beyond the confines of this cookie experiment. People in the Soviet Union in the 1980s had become accustomed to a higher material standard of living and greater government tolerance of free expression under Premiere Mikhail Gorbachev’s twin policies of perestroika (reform) and glasnost (openness).

When a cadre of Communist Party hardliners ousted Gorbachev in 1989 in a coup and sought to reinstate the repressive policies of the Soviet past, the results were shocking to party leadership: the people rebelled, rioted in the streets, and refused to give back their newly earned and hard-fought freedoms.

This was a classic example of the power of recent scarcity: freedoms were being taken away that people had become accustomed to. Once the Soviet people had tasted freedom, it was clear that they would fiercely resist any attempts to claw it back.

Psychology of Scarcity Through Social Competition

Worchel added yet another twist to the psychology of scarcity cookie experiment. Certain participants who saw their cookie supply dwindle from ten to two were told that the experiments had made a mistake and over-assigned cookies to their jar.

Another subset of participants, meanwhile, was told that their cookies had to be taken away so that they could be given to other raters.

Psychology of Scarcity in Television

A famous example from the world of network television illustrates just how firm a grasp scarcity-through-competition can have over people’s rational thought process. In the 1970s, Barry Diller was in charge of prime time programming at ABC. In 1973, he and his rival network executives were presented with what seemed like a great opportunity: to air the hit film, The Poseidon Adventure.

A bidding war for the rights to air the film broke out between Diller and the executives from NBC and CBS. In the end, Diller won the prize by agreeing to pay the movie studio the then-unprecedented sum of $3.3 million for one airing of the film. This was a gross overpayment by any standard: ABC ended up losing $1 million on the deal!

The scarcity effect (and its social competition accelerant) was the likely culprit for Diller’s colossal misjudgement. This was the first time a studio had put the rights to a film up for auction to the networks: the competitive frenzy and desire not to be outbid made Diller vastly over-value the film. Diller was duped by a scarcity mindset.

The Psychology of Scarcity Is Messing With Your Mind 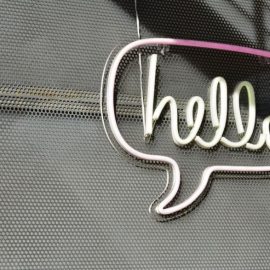 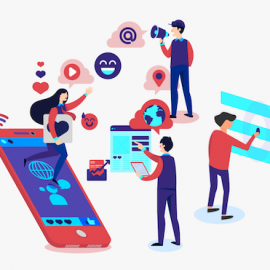 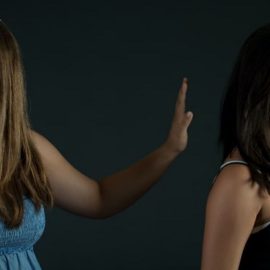