What are the problems with capitalism? Are there ways around these problems?

The problems with capitalism include inequality, exploitation, and aggressive greed. These problems don’t make capitalism inherently evil, but they are hard to rectify.

We’ll look at the three biggest problems with capitalism.

Clearly, capitalists have served the government. But history also provides numerous examples of the government serving capitalists, doing their bidding. The balance of power started to shift in the 18th and 19th centuries, prompting the question, “who really runs the nation? The government or the wealthy?” Let’s look at just one of many examples of money dictating law, which is a problem with capitalism.

In the 19th century, the British East India Company (a joint-stock company) exported opium and other drugs to China. Millions of Chinese became addicted to opium, wreaking havoc on the nation, and in the 1830s the Chinese government decided to ban British drug merchants from doing business in China.

The merchants ignored the ban. In response, the Chinese destroyed their drug cargos. This initiated the First Opium War (1840-42). Many British government officials held stock in the drug companies, so Britain declared war on China, fighting, they said, for free trade.

When the British won, not only did China have to agree to let the British drug merchants do business in their country, but they had to give Britain control of Hong Kong. At this point, about 40 million Chinese, a tenth of the population, were addicts.

The British were willing to sacrifice the health and economic freedom of the Chinese to protect the capitalist system and its profits. This is one problem with capitalism.

Most capitalists believe that the government shouldn’t be involved in monitoring or controlling the market (although it’s fine for the market to wield control over the government). This is the idea of a free-market. And this is a problem with capitalism.

The problem is that no market is truly free of politics. As we’ve seen, the most important ingredient of a functioning capitalist economy is trust. If people don’t have trust in the future, they won’t buy shares or give out loans.

This trust is eroded when people cheat and steal, and a free market offers no protection against these dangers. It’s the job of governments to protect people from these dangers and enforce the law. The government has to be involved in the market to keep us safe.

Capitalism is built on Adam Smith’s assumption that employers will reinvest their profits and hire more employees. There are two primary reasons to doubt this assumption: monopolies and the slave trade. These are problems with capitalism.

Capitalists say that if an employer doesn’t reinvest his or her profits and instead makes a profit by lowering wages and increasing work hours, the best employees will leave and find a new employer. This is the safeguard of capitalism, they say.

But in a monopoly, it gets harder for an employee to find a job somewhere else. This allows employees to take advantage of workers, and workers can do little about it.

Taking monopolies, slavery, and other types of exploitation into account, there’s no way for free-market capitalism to make sure that wealth is distributed fairly or earned justly. Capitalism doesn’t ensure equality. These are the problems with capitalism. 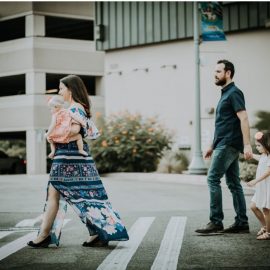 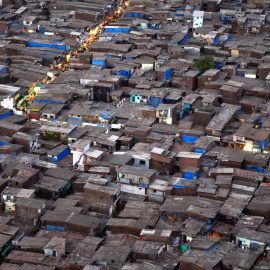