There are times when it feels like everything goes wrong at once, and that there is no way to accomplish everything at the same time. In these situations, a leader has to be able to calmly take stock of the situation, decide what needs to happen first, and carry it out; this Law of Combat is called Prioritize and Execute.

Trying to address several issues at the same time is overwhelming and inefficient. Most likely, you are only dividing your attention and won’t be able to tackle any of them effectively. Instead — even when it feels like five fires are burning at once — leaders must assess which problem poses the highest risk to everything else, and attack it.

Stress and high stakes can make this even more difficult, clouding a leader’s ability to clearly take stock of the situation and make definitive decisions. Leaders must be able to keep their eyes on the big picture in order to effectively prioritize.

Thorough planning can help leaders anticipate what problems may come up while carrying out a plan, and develop responses to those issues. This allows leaders to stay a step ahead, and makes it easier to Prioritize and Execute; a leader won’t get flustered by a problem that she already considered and has a solution for. Again, controlling what you can makes it easier to deal with the uncontrollable.

If the leader then explains to her team the potential hurdles and responses before executing a plan, the team is also able to quickly adapt and respond if the problem does arise. In that event, the team might not even need guidance from leaders, which frees up leaders to continue focusing on the big picture — adjusting the larger plan, if necessary — and allows for Decentralized Command, a strategy we’ll discuss in Chapter 8.

If circumstances cause priorities to change mid-course, it’s essential that leaders communicate that change to higher-ups as well as lower leaders and team members. Everyone needs to be aware of a shift in focus and priorities to be able to successfully complete the mission and reach the goal. When priorities shift, leaders and team members alike need to be agile and willing to change course. Getting stuck on the original plan and refusing to adapt hinders the whole team’s success.

It’s critical for a leader to clearly and decisively Prioritize and Execute when faced with curveballs and hurdles, but it can be difficult in the midst of a stressful, high-stakes situation.

Use these steps to effectively Prioritize and Execute in any situation.

Battle Story for Prioritize and Execute: Keep a Clear Head to Prioritize Problems

A platoon of SEALs and a group of Iraqi soldiers are carrying out a mission to push deep into enemy territory. They plan to temporarily station themselves in a building in the enemy-held area so that they can kill enemy fighters and send a message that the insurgents have no safe haven in this neighborhood.

The team is occupying an apartment building that offers excellent strategic views and a fair amount of protection from enemy gunfire. However, a single narrow stairway is the only entrance and exit, which creates the risk of enemy fighters putting an explosive near the exit and trapping the group. The group is not far from a U.S. combat outpost that could offer help if needed, but they are positioned in such a hostile area that it would be dangerous for any backup that came to their aid.

The team carries out an overall successful operation but as they prepare to leave, two bomb technicians spot something suspicious at the entrance of the building: The object looks like a silver cylinder concealed under a plastic tarp, and the likelihood that it’s an explosive is too high for the group to take the chance.

Babin, the platoon leader, tries to determine another way for the team to escape from their position on the second floor. Three sides of the building drop nearly 20 feet to the ground; without any rope and with their heavy gear in tow, this isn’t a feasible option. Plus, the street below is likely to have more explosives.

The fourth wall of the building has no windows or doors, just solid concrete. But the team decides this is the best option, and starts sledgehammering through the wall. Meanwhile, the bomb technicians work on a strategy to set off the bomb at the entrance below in a controlled way, so they don’t leave it to explode later and potentially hurt other U.S. forces or innocent civilians.

When the hole in the wall is ready for everyone to escape, Babin signals to the bomb technicians to set off their controlled explosion; once they do, the whole team will have a couple minutes to safely exit before the detonation.

The team passes through the hole in the wall to an adjacent rooftop, where they must all be on guard because they are visible and exposed to attack. Suddenly one of the SEALs falls 20 feet to the ground — what they thought was the edge of the rooftop, where the SEAL had been walking, is actually just a tarp. This leaves the rest of the team in a vulnerable position on the rooftop, with just minutes before the bomb detonates and a SEAL hurt and on the ground below.

It is a literal life-or-death situation, and Babin must stay calm to Prioritize and Execute.

Within minutes, Babin and his team address all problems, retrieve the fallen SEAL (who ultimately only needs stitches on his elbow), and exit before the bomb detonates. Babin successfully implemented Prioritize and Execute, with the help of his team, and led them all out to safety.

Business Application for Prioritize and Execute: You Make More Progress Attacking Things in Succession Than All at Once

A pharmaceutical company has recently been losing money, and the CEO develops a plan to bring the company’s revenues back up. His plan includes several ambitious initiatives. 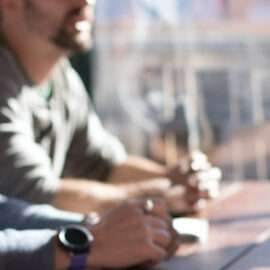 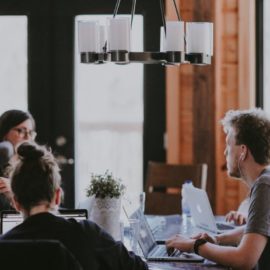 Peter Senge: What Is a “Learning Organization”?