What is physical immortality? How does the quest for immortality end for the hero?

Physical immortality is everlasting life, a state that allows a person to cheat death and maintain conscious thought. For a hero, the quest for immortality always ends in failure because it goes against the purpose of the hero’s existence, which is the pursuit of spiritual enlightenment. This is why mythical heroes like King Midas faced misfortune when he chose worldly possessions over spiritual insight.

Read on to discover more about the foolishness in any hero’s quest for physical immortality.

The Search for Physical Immortality

But the search for physical immortality, instead of spiritual enlightenment, will always end in failure for the hero, for it is to confuse the meaning of what the hero’s journey is supposed to be all about. As the Japanese proverb says, “The gods only laugh when men pray to them for wealth.”

Still, this desire for physical immortality has led humans to undertake extraordinary journeys: famously, the Spanish explorer Ponce de Leon accidentally discovered Florida in the course of pursuing the fabled Fountain of Youth. Sometimes the hero starts out seeking something tangible—weapons to slay his enemies, eternal life, material wealth—but through the struggle of the adventure wins an infinitely greater prize: self-actualization and enlightenment.

In the ancient Sumerian Epic of Gilgamesh (the world’s oldest surviving work of literature), the legendary king Gilgamesh seeks physical immortality in the form of the plant “Never Grow Old.” He comes to a cave by the sea, where he meets a manifestation of the goddess Ishtar. She urges Gilgamesh to turn back from his quest for immortality and instead accept the pleasures of mortal life, to “Regard the little one who takes thy hand, let thy wife be happy against thy bosom.” But he insists and she guides him to the ferryman Ursanapi (a supernatural helper) who will convey him across the waters of death to the land where Utnapishtim lives (Utnapishtim is the sole survivor of the great flood from the Babylonian creation story and the Babylonian precursor to the better-known Biblical figure of Noah).

Utnapishtim tells Noah that the plant he seeks grows at the bottom of the sea. Gilgamesh thus ties stones to his feet and goes into the sea to descend to the ocean floor. He finds the plant and plucks it from the seabed, though it cuts and mutilates his hand. When he returns to shore, Gilgamesh rests, but the plant is stolen from him by a serpent who instead consumes it and thereby gains the power to shed its skin—thus achieving perpetual youth and physical immortality. Gilgamesh breaks down and weeps at his misfortune. 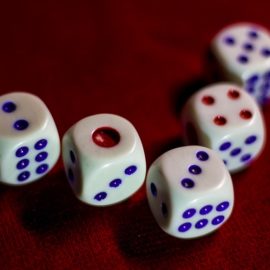 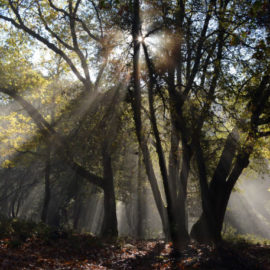