The Big Five personality model explains five major personality traits a person can have. When you’re dating, you should focus on finding people with similar personalities rather than what looks good on paper.

Read more about the personality model and what it means.

It is far more important to be well matched in personality than anything else. Research shows the more similar two people’s personalities are, the happier they are likely to be with their relationship. Personality is the overall way you interact with and react to the world: your outlook. It’s not about the experiences you’ve had but how you’ve handled them. It’s not about what you like but why you like it.

The “Big Five” personality model outlines five major personality traits that a person can have. A person has each of these characteristics in either low, medium, or high levels. They are:

There’s no “right” or “wrong” personality on any of these scales, but we are often more compatible with people who lie somewhat near us. A tendency to see the world in similar ways not only prevents conflict from developing between you but also enables you to face the challenges that life will throw at you as a team.

More often than not, the reason a couple ends up separating is because of personality differences that on reflection were there all along. If one person is gregarious and loves being around people, but her partner is reserved and hates parties, they might be regularly annoyed by the other’s choices: The outgoing one may be irritated that her partner wants to stay in and rent a movie rather than checking out that new bar, and the reserved one may think the outgoing one has her priorities wrong. Though they may match in other areas—they may both be very agreeable, for example—if they are different enough that their interests and hobbies don’t generally overlap, there’s a high likelihood they won’t last.

This doesn’t mean you should look for someone with an identical personality to yours, or that you should automatically reject a person because she differs significantly on one or more of these scales. While you don’t want to choose a person with a vastly different outlook on life, there are advantages to partnering with someone who’s a bit different from you. Differences can be helpful when your marriage progresses to the point where it includes other people, such as children. A diversity of interests and skills can be helpful and keep life interesting.

Further, there will always be at least some personality differences. How you handle them and whether or not you can reconcile them amicably are stronger predictors of long-term marital happiness than whether or not you both match perfectly on each of the Big Five traits.

Relationships are far more likely to be successful if the two people involved genuinely like each other and are fairly similar in personality. The “Big Five” personality model outlines five major personality traits that a person can have. A person has each of these characteristics in either low, medium, or high levels. They are: openness, conscientiousness, extraversion, agreeableness, and neuroticism.

Write down where on the scale of each trait you lie. Are you low, high, or in the middle for each of these characteristics?

Examine your current relationship or think of a previous one. Is or was your partner close to you on any of these? Where did you differ and to what degree?

How did any personality differences cause conflict between you?

Did any of your other characteristics, maybe ones for which you were both similar, help you get through that conflict? If not, how did you resolve it? Or not?

The Art of Loving: Quotes by Erich Fromm

Being a Lifelong Learner: 4 Strategies to Learn More 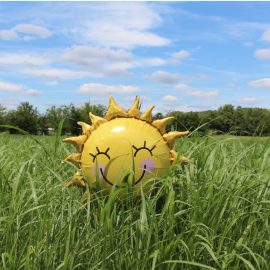 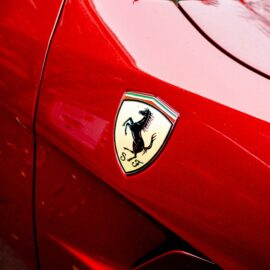