What is the origin of mankind? How did humans change over time and develop their unique bodies?

The origin of mankind is hard to pinpoint, but it’s known that humans evolved from other creatures. The human body design developed to meet specific needs, and we can see similarities to other modern creatures in our DNA and our body design, helping explain the origin of the human species.

Keep reading to find out the origin of mankind, the design behind our bodies, and the genetic origins of humans.

Humans share their basic body design with nearly all other creatures. It starts with embryos, which go through the same early stages of development, regardless of the animal type. This chapter explains how embryos develop key body structures and can help explain the origin of mankind.

Animals as diverse as humans, fish, lizards, birds, amphibians, and mammals all have symmetrical bodies of the same design, with a front/back, top/bottom, and left/right, plus a head, spinal cord, and organs in specific places. Heads and feet point forward in the direction we move and the butt points the opposite direction.

When you look at embryos there are many more similarities among animals than differences.

The Common Plan: The Origin of Mankind and Others

In the 1800s, biologist Karl Ernst Von Baer was struck by the similarities in embryos. Further, he discovered that all organs in an embryo, whether it’s a chicken, fish, mammal, or amphibian, originate in one of three layers of tissue called germ layers. For example, every type of animal’s heart forms from the same layer. He concluded that all animals develop by the same stages.

For the first few days after conception, an embryo is a ball of cells called a blastocyst, which attaches to the wall of the uterus. The cells rapidly divide and move, causing tissues to fold and form a tube with a swelling at each end. Three layers—the germ layers—take shape:

All animals with a backbone have gill arches and notochords and look like a double tube in the early embryo stages. Distinctive features, such as a bigger brain in humans, shells on turtles, and feathers on birds, develop later, helping show us the genetic origins of humans.

Our body design and the origin of the human species has echoes not only in mammals, frogs, and fish, but even in a more primitive creature, the sea anemone, a jellyfish relative. These creatures show how the body’s front/back axis or head-to-anus line develops. This axis defines our direction of movement and gives clues on the origin of mankind.

An anemone is shaped like a tree with a long trunk and tentacles at the top. It has a top/bottom, or oral-aboral, axis from its mouth to base. While it lacks a front/back axis, using one opening to both take in food and expel waste, it still has primitive versions of genes that establish the head-to-anus line in humans. These genes are active along the anemone’s oral-aboral axis, meaning that this primitive axis is genetically equivalent to our head-anus axis.

Further, when an anemone is cut open, it clearly has left and right sides, and thus has an axis directing its movement.

Sea anemones also have a version of the Noggin gene that forms the back or upper side of a frog. When scientists injected sea anemone Noggin into a frog embryo, the anemone Noggin created extra back structures in the frog (in other words, it worked the same way a frog’s own Noggin worked), further demonstrating the genetic similarities between vertebrates and more primitive creatures.

All animals, including humans, draw on the same basic genetic recipe—but they enhance it over eons, like improving a recipe for a cake as it’s passed to subsequent generations, like in the origin of the human species.

While this doesn’t totally explain the origin of mankind, it can help contextualize where humans came from and why through the genetic origins of humans. 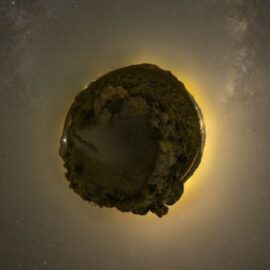 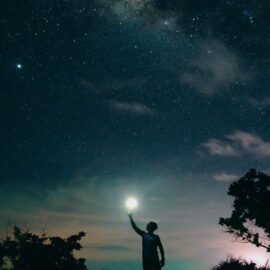