What was the role of President Obama in the Iran Nuclear Deal? What was the deal and how did it happen?

The Iran Nuclear Deal was when multiple countries, including the U.S., imposed sanctions on Iran in order to stop them from developing nuclear weapons. President Obama lead the negotiations with Iran, Russia, and China.

Read more about President Obama, the Iran Nuclear Deal, and what it meant for the U.S. and the world.

Obama and the Iran Nuclear Deal

Despite the successes of health care reform and the Sotomayor nomination, Obama had to focus much of his attention as president on a dangerous and unpredictable world.

Iran, in particular, posed a unique challenge to the U.S. There had long been tensions between the two nations dating back to the CIA-backed overthrow of Iranian Prime Minister Mohammad Mosaddegh in 1953. Following that, the U.S. had supported the oppressive and unpopular rule of the Shah until his overthrow in the 1979 Iranian Revolution, which saw hardline Shia clerics take control of the country and establish an Islamic republic. In the 1980s under President Ronald Reagan, the U.S. had backed Iraq’s Saddam Hussein in his long and brutal war against Iran, further deteriorating U.S.-Iran relations.

Obama knew that these historical tensions contributed to a dangerous security situation in contemporary Middle East politics. Iran was one of the region’s main patrons of state-sponsored terrorism, supporting violent extremist groups that had conducted attacks against American targets in both Iraq and Afghanistan.

The failed war in Iraq had only made matters worse. By toppling Saddam’s government, the Bush administration had neutralized the one power in the region that was capable of checking Iranian aggression. With Iraq now a weakened state run by a Shi’ite-dominated government susceptible to Iranian influence, Iran was in its strongest position in decades.

The Threat of a Nuclear Iran

What made this situation all the more urgent in 2009 was the fact that Iran was well known to be seeking to develop a nuclear weapon—making the already-dangerous regime far more powerful and capable of far more destruction.

The international community had good reason to be concerned. Over the past decade, Iran had greatly expanded its reserve of uranium-enrichment centrifuges, which could be used to convert low-enriched uranium (used for peaceful civilian purposes) into high-enriched uranium (weapons-grade material).

From 2003 to 2009, experts judged that Iran’s centrifuges skyrocketed from 100 to roughly 5,000. This meant that Iran’s “breakout time”—the amount of time the country would need in order to produce sufficient material for one nuclear weapon—may have been reduced to little more than a few months. The goal for the U.S. and the international community was clear: Obama needed to build a coalition to put diplomatic and economic pressure on Iran to force Iran to the negotiating table and cease its nuclear program. If Obama failed, he risked allowing a nuclear Iran to set off an arms race in the most volatile region in the world. For Obama, the Iran Nuclear Deal was essential.

A Breakthrough on Iran Sanctions

Slowly, Obama’s diplomatic entreaties to the Russians and the Chinese began to bear fruit. For Obama, this would lead to the Iran Nuclear Deal. At the United Nations General Assembly, the Obama administration’s arms control team engineered a proposal by which Iran would ship its low-enriched uranium to Russia, where it would be converted to high-enriched, but not weapons-grade uranium.

Although the proposal would not have done anything to reduce Iran’s nuclear infrastructure or capacity to enrich future uranium, it would deplete its existing stockpile, setting back Iran’s breakout time. The proposal also brought Russia into the denuclearization process in a serious and constructive way (was even named the “Russia proposal,” perhaps to cater to Putin’s ego).

The Iranians, however, rejected the offer out of hand. After the General Assembly summit, Obama spoke to President Medvedev, who expressed his anger and disappointment at the Iranian regime’s unreliability and unwillingness to compromise. Iran had—perhaps—erred in spurning Russia, one of its few remaining defenders.

Also, the Chinese government slowly began to revalue its currency. This was an important economic policy victory for the United States, making the American exports more competitive and bringing China more closely in line with international trading rules.

But the ultimate breakthrough came in June 2010, when the UN Security Council (including Russia and China) voted to impose sweeping new financial sanctions on the Iranian regime, including a ban on weapons sales. Sure enough, the Russian government soon followed up with a cancellation of a planned $800 million weapons sale to Iran.

It was a vindication of Obama’s belief in negotiation, compromise, and international outreach and a major diplomatic victory for his administration. They had made a persuasive case and overcome Russian and Chinese short-term interests to secure a sanctions regime that had the potential to take the world one step toward a safer future. For Obama, the Iran Nuclear Deal was 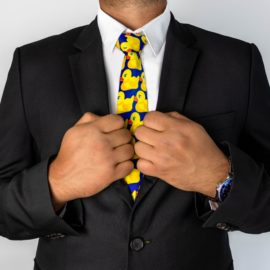 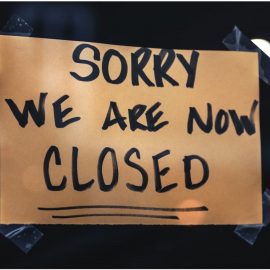 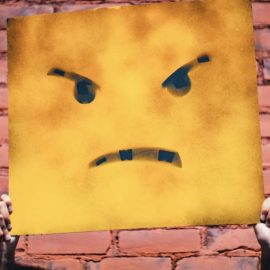