What is the main cause of obesity? Is obesity a disease or simply a result of eating an excess amount of calories?

According to Jason Fung, the “calories in, calories out” theory fails to capture the full picture of obesity. Excess calories play a part, but they aren’t the root cause of obesity. More specifically, this theory fails to appreciate that obesity is a hormonal disease, rather than a problem of willpower or bad eating habits. In his book Obesity Code, Fung lays out five mistaken premises that hamper the current model of obesity.

Traditionally, experts have reduced all foods to calories, or units of food energy, and treated calories as the most important aspect of any food. However, Fung asserts that not all calories are the same. For instance, 100 calories of high-fructose corn syrup is quite different from 100 calories of salmon. Research supports this view, showing that different foods cause different metabolic and hormonal reactions in the body. Because obesity is a hormonal disease, this means that various foods have different impacts on obesity.

(Shortform note: In Salt Sugar Fat, Michael Moss says that the form a calorie comes in is what matters. Specifically, nutritionists have found that we can consume more liquid calories than solid calories before we feel full. This, Moss argues, is a key reason soda companies such as Coca-Cola became so successful—because consumers could drink multiple cans without much thought.)

#2: “Calories In and Calories Out Function Independently”

As Fung explains, these variables in fact depend on each other. Your metabolism adapts to your caloric intake: When you eat less, your metabolism slows down to conserve energy. When you eat more, it temporarily speeds up, having more energy to burn. In other words, you can’t reduce calories in without slowing calories out, and you can’t increase calories out without increasing calories in. So “eat less, move more” can’t work, because you need to eat more in order to move more, and vice versa.

(Shortform note: Gary Taubes makes a similar point in Why We Get Fat: If you want to work up an appetite for, say, a Thanksgiving feast, you’d eat less to save room in your stomach, and you might engage in strenuous exercise to get hungrier. Yet these are exactly the instructions we’re given for weight loss—eat less, exercise more. Isn’t it strange, he says, that our prevailing theory of weight loss is exactly what we’d do to get hungrier?)

The notion that exercise leads to weight loss is a core tenet of the prevailing theory—it’s the “calories out” part. However, Fung asserts that we’ve misunderstood how the body uses energy: Exercise accounts for a percentage of total energy expenditure, but most energy goes to our “basal metabolic rate,” which includes beating our hearts and powering our brains.

Considering these other activities, exercise accounts for only around 5% of energy expenditure, so it’s too small to make a meaningful impact on weight loss. In addition, studies show that:

(Shortform note: In Why We Get Fat, Gary Taubes reasons that we’ve held on to the belief that exercise produces weight loss because it’s such a straightforward, compelling theory. However, he suggests that if it were true, the poorest individuals—many of whom work physically demanding jobs in factories, warehouses, oil fields, and so on—would be lean. Yet this isn’t the case. Statistically, the poor are more likely to be overweight, despite often working more strenuously than wealthier individuals. Taubes also points out that prior to the “exercise explosion” of the 1970s, many people considered exercise unhealthy. Then, the obesity epidemic accelerated around the same time as the “exercise explosion.”)

#4: “The Individual Controls Her Eating”

Perhaps the most entrenched myth about obesity is that it’s a problem of self-control. Fung explains that eating isn’t a conscious choice—rather, our hormones control when we feel hungry or full.

When you restrict calories to lose weight, your body senses the change and does two things to maintain your natural biological balance (homeostasis). First, it slows your metabolism to conserve energy. Second, it increases appetite by releasing ghrelin, a hunger hormone, and suppressing satiety hormones. You become tired and hungry, and your hormones all but force you to eat and regain the weight.

(Shortform note: In Fast. Feast. Repeat., Gin Stephens explains that when we’ve overeaten and/or dieted extensively, we lose touch with our appetite hormones. To tune back in, she suggests eating 80% of your normal intake and being mindful of how you feel. In time, you’ll learn what it feels like to be truly hungry or full.)

Because the “calories in, calories out” model assumes that people suffering from obesity are weak and slothful, it allows doctors to blame the victim instead of changing their treatments. For decades, Fung says, health professionals have shamed obese people for “failing” to lose weight. Yet it isn’t a personal failing—it’s that “eat less, move more” doesn’t work.

(Shortform note: In American culture, it’s long been socially acceptable to shame and marginalize people with obesity. We’ve long treated it as a moral issue and thus blamed individuals for lacking self-discipline, willpower, intelligence, or other nebulous virtues—today, though, it’s increasingly clear that you could no more beat obesity with “willpower” than you could any other chronic disease. Additionally, an analysis of the social stigma surrounding obesity concludes that, in effect, negative judgment of people with obesity is harmful to their mental and emotional health and hampers genuinely effective treatments.)

Here, Fung explains that it’s a mistake to assume that all unused calories go directly to fat storage. That is, the belief that fat storage works like a waterskin—the more you add without removing any, the larger it gets. However, research shows that various hormones such as leptin and adiponectin mediate fat storage. What this means, Fung argues, is that whether you store excess calories as fat depends on your hormones, not on whether you burn enough energy. Therefore, obesity must be a hormonal problem, not a calorie problem.

(Shortform note: Fung makes a point not to include animal studies in his book, but research on mice suggests that the gut biome also influences fat storage. Some bacteria harvest energy more efficiently from food in the digestive system, and this in turn leads to increased fat production and storage. Conversely, mice without the fat-accelerating bacteria resisted obesity even when fed a diet intended to induce it.)

5 Myths About Obesity: Debunked by Science 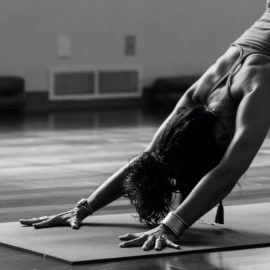 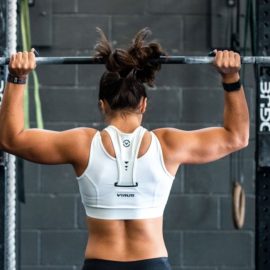 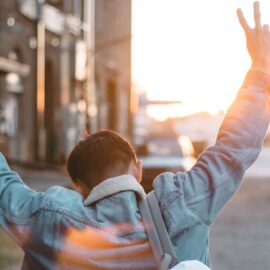 The Subtle Art of Not Giving a F*ck: Book Exercises

Step 9 of AA: How to Make Amends 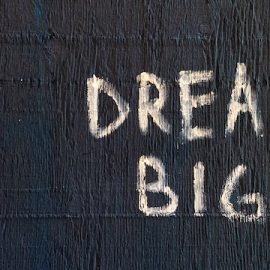