What is the difference between a multiplier leader and a diminisher leader? What are the traits of multipliers and diminishers?

Keep reading to learn more about Multipliers and Diminishers

Two Types of Leaders and Their Assumptions

Multipliers use their intelligence to bring out the intelligence and ability of everyone else. They do this by assuming that:

Multipliers access 70-100% of their team members’ capabilities because their assumptions push and inspire people to contribute as much as they possibly can, including their discretionary energy and effort (energy and effort beyond what’s strictly required to do their job). (In comparison, on average, managers access 66% of their people’s capability.)

Additionally, Multipliers can actually grow people’s intelligence. In surveys, some people reported giving more than 100%—which they had to increase their intelligence to do—when working with Multipliers.

Most Multipliers have the following traits:

1. They’re tough and have high expectations. They know that people have a lot of untapped potential and expect them to live up to it. While people the author studied who worked with Multipliers all had positive experiences, this wasn’t because the managers were “feel-good” or friendly. In fact, it was because workers found it satisfying to reach their potential.

2. They still use their own skills and intelligence. Multipliers don’t downplay or suppress their own abilities to amplify others’. They use every available resource, including themselves.

3. They have a sense of humor. Multipliers can laugh at themselves and self-deprecate, possibly because they’re not insecure about their own intelligence (their assumptions apply to themselves as well).

4. They possess intellectual curiosity. They value imagination and see others as a source of learning. They ask a lot of questions, which is the most effective Multiplier behavior. (We’ll cover the other Multiplier behaviors in later chapters.)

George, a divisional manager at Intel, was a Multiplier. He made everyone on the team feel smart and his team members said that working under him was the high point of their careers. One of his team members, Vikram, said that George got 100% out of him. Every business George ran was profitable.

Diminishers rely on their own intelligence. They assume that:

Diminishers access only 20-50% of their team members’ capabilities—half as much as Multipliers—because their behavior drains other people’s energy and shuts them down.

Diminishing is unsustainable—it’s an expensive waste of resources. The author believes Diminishers will eventually go extinct, either because they get fired or because they change their ways.

Diminishers have a huge variety of traits ranging from lacking a sense of humor, to inability to consider different points of view, to overenthusiasm. The traits are so wide-ranging because, interestingly, most Diminishers don’t diminish on purpose. Many Diminishers have good intentions and don’t realize how their assumptions and behaviors affect others. Many of them weren’t trained as leaders and were promoted to management due to their skills or intelligence, so when they took the position, they thought they were supposed to be the smartest and that the people they managed were below them. Or, they’d spent so much time around Diminishers that they unconsciously started to mimic them.

Fred (Shortform name), like George Schneer, was a divisional manager at Intel. Unlike George, he was a Diminisher. Fred had initially started as a scientist before being promoted into management, and he was very intelligent. However, he didn’t know how to amplify his team’s intelligence and relied on his own. Vikram worked for Fred after working for George and said that Fred only got around 50% out of him. He also said he never wanted to work for him again.

Multipliers and Diminishers: The Two Types of Leaders 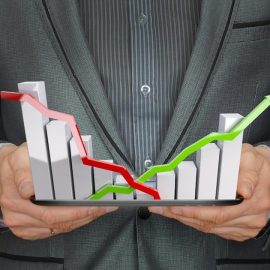 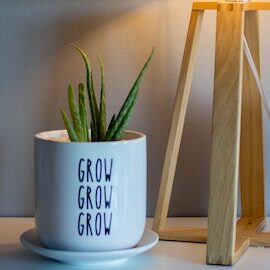