What was Milgram’s “small-world experiment”? How did it research the way people are connected with one another? What does it say about our world?

The small-world experiment was a study in the 1960s by psychologist Stanely Milgram. During the experiment, he sent chain letters and counted how many letters were sent before they reached their final destination.

We’ll cover Milgram’s small-world experiment and look at how it spawned the six degrees of separation theory.

At the end of Milgram’s small-world experiment, Milgram found that most of the letters reached the stockbroker in five or six steps, creating the concept that people all over the world are all connected by six degrees of separation.

Even further, Milgram discovered that half of the letters were ultimately delivered to the stockbroker by three people. Although everyone is linked by just six degrees of separation, a small group of people are connected to a disproportionately large number of people. Those few, well-connected people are the Connectors.

A party game called “Six Degrees of Kevin Bacon” attempts to link Hollywood actors through their movie roles the way Milgram’s small-world experiment linked people through letters. You start with a random actor, then name another actor from one of her movies, then name an actor who has been in a movie with that second actor, and continue until you get to someone who’s shared the screen with Bacon — trying to make the connection in six steps or less. For instance, you can get from Mary Pickford to Bacon in three steps because she was in Screen Snapshots with Clark Gable, who played in Combat America with Tony Romano, who was in Starting Over with Bacon.

The game works because Bacon had roles in so many movies. However, when a computer scientist calculated the connectedness of about a quarter million actors who have appeared on TV and in movies, he found that the most well-connected actor was actually Rod Steiger. You could connect any actor with Steiger in less than three steps because not only because he had roles in a lot of movies, but also because the movies were so wide ranging — from dramas to Westerns, and Oscar winners to flops. Within Hollywood, Steiger occupied many worlds, and in those many diverse circles he accumulated a huge number of connections.

Milgram’s small-world experiment shows that we’re all connected. A few of us are more connected than the rest. 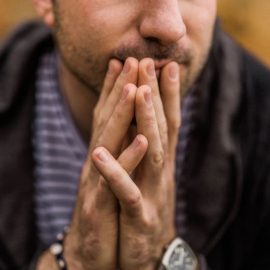