What was Michael Oher’s draft process like? How did Michael wind up playing in the NFL?

For Michael Oher, the draft meant realizing his goal of playing in the NFL. He initially declared for the draft in 2008 after his junior year, but then withdrew and was drafted in 2009 by the Baltimore Ravens.

Read more about Michael Oher, the draft, and his football career.

Michael Oher and the Draft in 2009

The terrible season at Ole Miss did little to decrease the excitement surrounding Michael. He’d done enough during those games where he understood what was happening and performed well, and the accolades came flooding in during the postseason. He was named First-Team Freshman All-American and All-SEC. He was considered the best offensive player on the team and received national attention in sports publications. It seemed there was nothing Michael Oher could do wrong.

Sean and Leigh Anne recognized that Michael’s rising status meant he was more beneficial to the Ole Miss team than they were to him. They used that as leverage with Coach O, threatening to transfer Michael if the entire offensive coaching staff wasn’t fired. Whether it was this threat or common sense, Coach O fired the staff and went in search of new coaches and new talent.

Michael started to feel an obligation to appease all of the people who had so much faith in him. He didn’t want to ride on his laurels as a great prospect. He wanted to be a great player. He started to apply himself to his training, including spending hours in the weight room during the offseason. By the start of his sophomore year, Michael had sculpted his body into a lean machine. He could bench press 400 pounds now, a massive jump from the 225 he started with. And he’d dropped 24 pounds and turned his flesh into muscle.

His prospects for the new season were high, and Coach O had decided that he would play nothing other than left tackle, as he should have been playing all along. His future seemed bright and shiny as ever if he could stay out of trouble. For Michael Oher, the draft was the next step.

Shortform Note: Life After The Blind Side

After Michael’s junior year season at Ole Miss in 2008, he declared for the NFL draft. But days later, he rescinded and returned to play his senior year. He eventually graduated as a highly decorated college athlete with a degree in criminal justice.

In 2009, Michael was drafted in the first round by the Baltimore Ravens and signed a 5-year contract worth $13.8 million. He started every game for the Ravens his first season in the NFL and came in second for Rookie of the Year. In 2013, Michael won a Super Bowl with the Ravens over the San Francisco 49ers. 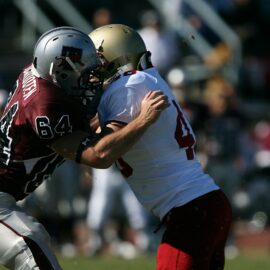 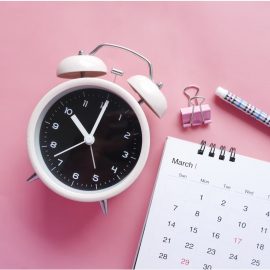