What is the MBO process? How can providing goals give employees flexibility to shape their own work?

The MBO process, also known as management by objectives, is a management style in which employees have goals mapped to organizational priorities. The employee then gets to determine how they want to achieve those goals.

Read on for more about the MBO process and how it is used at Netflix.

Netflix and the MBO Process

Unlike at most companies, when Netflix employees face big decisions, company leaders don’t exert control by intervening. At Netflix, managers use the MBO process to provide employees with the context to make decisions that align with the company’s goals and strategies. For example, when Adam Del Deo, the head of documentary programming, was considering bidding an unprecedented amount of money for the streaming rights to a compelling film, his boss didn’t tell him whether he was putting too much money on the line—instead, he provided context by asking Adam whether the documentary would be successful enough to merit the cost, and then he deferred to Adam’s expertise.

The MBO process builds on the dispersed decision-making model discussed in Chapter 6, and it greatly contrasts with the direct oversight that most companies practice. In many workplaces, managers give employees instructions, monitor progress, and correct their work before finalizing it or presenting it to clients. Even when company leaders try to move away from direct oversight, they often implement control processes that continue to give them the final say and that prevent employees from having real freedom. For example, instead of explicitly telling employees what to do, leaders use the MBO process to develop goals with employees and subsequently monitor employees’ progress as they work toward these goals.

In many ways, it’s easier to lead with direct oversight and control processes. But—as with many of Netflix’s practices—the benefits of removing controls are far greater than the costs.

In most companies, the decision-making hierarchy is structured like a pyramid: At the bottom, there are a lot of junior employees who are empowered to make fairly low-level decisions. If an issue comes up that employees at this level can’t decide themselves, they must consult with their bosses, the junior managers who comprise the next level. When even bigger issues arise, those junior managers must defer to their bosses, who are among an even smaller number of managers at the next level. Each ascending level holds fewer people—from directors to vice presidents to senior vice presidents—and at the top sits the CEO. The bigger the problem or question, the higher on the pyramid you have to go to get an answer.

By contrast, Netflix’s leadership is structured like a tree: Hastings is the roots, senior leadership is the trunk, descending levels of managers are various branches, and employees—making decisions as informed captains—are the highest branches. This is an ideal structure for the MBO process. For example, when Netflix was preparing to expand globally, Hastings set the high-level context for that priority to company leaders at the QBR. He explained why the company was moving in a global direction, which countries he wanted to focus on, and why.

After the QBR, the chief content officer (the tree trunk) provided another layer of context to Melissa Cobb, the vice president of original animation. He told Cobb that the company had a lot to learn about the way audiences in other countries watch Netflix—for example, do Indonesians typically watch alone or with their families? Do Italians favor comedies or documentaries? Cobb’s boss urged her to take big risks in order to get big wins, but also to learn big lessons. If a potential failure promised a significant learning opportunity, she should take it.

Cobb, perched on a big branch on the leadership tree, took this message back to her team and proposed that they make their original children’s shows appeal to kids around the world, regardless of where the shows were set. One of Cobb’s direct reports—on a medium-sized branch—delivered this message to her team, along with an added layer of context: They should focus on animated shows, which are easier to adapt to different languages and more likely to resonate with children all over the world. At the time, Aram Yacoubian, a content acquisition manager and a member of that team, was considering an animated show for preschoolers that was set in India. Yacoubian, an informed captain, felt confident that the show would do well in India, but he wasn’t certain whether it was the right fit for Netflix. He considered the context set at each level of leadership:

With this context, Yacoubian decided to buy the show, Mighty Little Bheem. Less than a month after the show launched, it was one of the most-watched animated series on Netflix. Through the tree organizational structure, Yacoubian was able to align his personal expertise—knowledge of Indian audiences and the Indian animation market—with the goals and strategies of the company.

Chapter 3, Chapter 6, and this chapter explain how to eliminate various controls within a company and the benefits that come from those changes. To recap:

Reflect on what would be required to enable managers at your organization to lead by context instead of control.

Reflect on how you could lead by context instead of control. 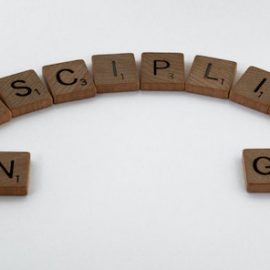 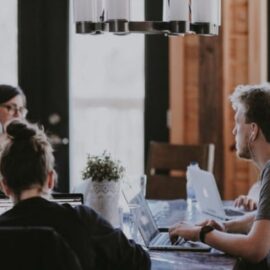 Building a Company Culture: What You Need to Know