What are the top Manufacturing Consent quotes? How can these passages change how you consume media?

In the 1988 book Manufacturing Consent, Chomsky and Herman analyze how mainstream media is indirectly censored by societal elites. This book is even more relevant today with the increase in social media outlets and news sources.

Here are some of Chomsky and Herman’s best quotes from the book.

In Manufacturing Consent, authors Noam Chomsky and Edward S. Herman explore how the American media frames events and creates narratives that serve the interests of the nation’s political, economic, and social elite. They argue that control of the media in the United States does not take the form of direct state censorship or a formal conspiracy to manage the news. Rather, there is a powerful set of informal restrictions and controls that limit what journalists cover—and how they cover it.

“The mass media serve as a system for communicating messages and symbols to the general populace. It is their function to amuse, entertain, and inform, and to inculcate individuals with the values, beliefs, and codes of behavior that will integrate them into the institutional structures of the larger society. In a world of concentrated wealth and major conflicts of class interest, to fulfil this role requires systematic propaganda.”

According to Chomsky and Herman, large media conglomerates are a powerful filtering system for what does and doesn’t get reported. They argue that this censorship function of for-profit media can be traced back to the 19th century and the rise of the first mass daily newspapers in Europe and the United States.

During this era, the print news business began to grow increasingly profitable. This was in large part due to rising urbanization as a result of the Industrial Revolution, which consolidated potential subscribers into more geographically compact cities and large towns, where it was easier, more cost-effective, and more scalable to deliver newspapers than it was to sparsely populated rural communities. Likewise, rising literacy rates created vast new pools of potential customers.

In such a market, large, well-funded papers had an advantage because they could exploit economies of scale to print and distribute on a massive level at a reduced cost—thereby destroying their competition. Further, the large capital costs of starting a newspaper (requiring expensive printing equipment, materials, and buildings) created high barriers to entry, which made it difficult for upstarts to break into the market. Taken together, these economic forces gave a strong advantage to the wealthy interests that controlled the major dailies.

“Large corporate advertisers on television will rarely sponsor programs that engage in serious criticisms of corporate activities, such as the problem of environmental degradation, the workings of the military-industrial complex, or corporate support of and benefits from Third World tyrannies.”

Chomsky and Herman argue that the pursuit of advertising revenue gives big media another tool they can use to undercut competition and stifle alternative viewpoints.

Major media outlets attract advertising revenue because the size of their audiences makes them desirable places for large corporations to place ads. Beyond just the size of their audiences, elite publications like the Wall Street Journal or New York Times tend to have more affluent audiences—which means that their readers have greater buying power, which makes these outlets more attractive to advertisers. For example, 38% of both the Wall Street Journal and New York Times audiences report earning more than $75,000 per year—while just 26% of the public reports family incomes that high.

When major media outlets attract advertisers, they are able to lower subscription fees or even offer their content for free online with no paywall—giving them a powerful market advantage over smaller rivals. These smaller or non-mainstream outlets—which are more likely to showcase alternative political and economic ideas—lack such an option. They can’t attract the same amount of ad revenue because their readership or viewership figures are too small for major advertisers to place ads with them.

Chomsky and Herman argue that the media frames issues in a way that serves the interests of the elite.

One way they do this is by defining the terms of the narrative—limiting the terms of debate by deciding which actors are and aren’t worthy of coverage and attention. They further contend that these judgments of newsworthiness nearly always align with the political preferences of the U.S. government. The authors observe that this tendency is particularly striking in how the American press covers foreign affairs.

For example, the U.S.-allied Saudi Arabian royal family heads a regime that is widely regarded as authoritarian and repressive—it forbids women from getting married or traveling internationally without the permission of a male guardian and punishes homosexuality by death. Yet, when members of that royal family travel to the U.S., they are given laudatory and fawning media coverage, while their record of human rights abuses is swept under the rug. Meanwhile, the mainstream American press spares few opportunities to vigorously and aggressively condemn the human rights record in adversarial states like Iran.

Like what you just read? Read the rest of the world's best book summary and analysis of Edward S. Herman and Noam Chomsky's "Manufacturing Consent" at Shortform.

Here's what you'll find in our full Manufacturing Consent summary: 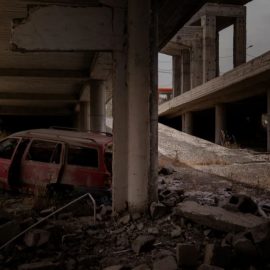 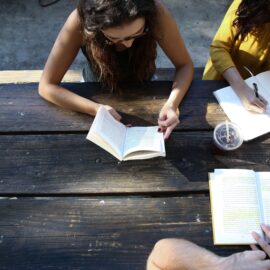 How to Be Open Minded: Always Seek the Truth