What was it like for Malia and Sasha Obama to grow up in the White House? How did the Obama girls handle the media attention?

Growing up in the White House means constant secret agent escorts and being followed by the media. Yet, Malia and Sasha grew up to be respectable women despite living in the shadow of their dad’s presidency.

Keep reading to learn about how Malia and Sasha Obama handled growing up in the White House.

Malia and Sasha Grow Up

In the Obamas’ eighth year at the White House, Malia graduated from high school and traveled to Europe. At Malia’s graduation ceremony, Michelle looked over at Barack, who had tears in his eyes as Malia walked across the stage, and felt sorry for him. Since Barack was ending his second term as President, he was nearly finished with his service to the country and would soon have more time to spend with his daughters. But now Malia was an independent young woman who was ready to leave the nest. Both parents felt sad that their oldest was preparing to leave home.

Teenagers in the Spotlight

Michelle feels proud of Sasha and Malia for how well they thrived while living in the shadow of the presidency. The lack of privacy was hard on the entire family, but excruciating for two teenagers who were constantly followed by a security team. (When Malia wanted to go to the prom, the Secret Service made the huge concession of letting her ride in a car her date was driving, but they followed right behind them in another car.)

The Secret Service agents assigned to the girls made it a point to dress down so they wouldn’t stand out so much. They would wear board shorts and T-shirts instead of black suits to make them look less conspicuous. One agent who accompanied Sasha to elementary school became a favorite among her classmates; they would all beg him to push them while they’d swing on the swing set.

The girls understood that their father’s position placed on their shoulders a great deal of pressure and responsibility—if they made a mistake in public, it could be broadcast to the entire world. Michelle and Barack realized this was unfair—they had both engaged in typical teenage shenanigans like experimenting with cigarettes and alcohol, but they didn’t have the whole world watching them.

Perhaps more invasive than all the public and media scrutiny were the people who would try to take photos of the girls when they were out in public. Even worse, people would sometimes ask—or demand—to take a selfie with one of the girls. Malia learned to respond by saying, “You do know I’m a child, right?”

Barack and Michelle declined all media requests for interviews with the girls. In 2008, they had allowed the girls to be interviewed for the TV show Access Hollywood when Barack was campaigning for President. Even though the show was harmless and the girls were utterly charming, Michelle always regretted putting their children on public display.

By the time the girls were teenagers, they were allowed to decide whether they wanted to attend White House events, including the President’s annual Turkey Pardon, which the girls thought was downright silly.

Of course, Malia and Sasha enjoyed incredible privileges because of their father’s job, too. They lived in one of the country’s most opulent buildings; they met famous musicians, actors, and other celebrities at White House events. They traveled with their parents to countries around the world.

Even though their White House years were far from normal teenage life, the girls handled their positions with grace and dignity. And they had both grown into intelligent, kind, thoughtful young adults. 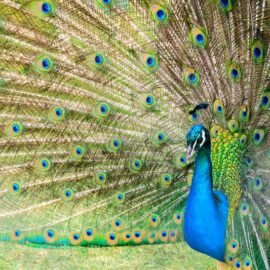