What is a loss of individuality? How can losing your sense of self and others cause evil?

In The Lucifer Effect, psychologist Philip Zimbardo states that losing awareness of individuals can shift your morals. He also explains how this loss affected participants in the Stanford Prison Experiment.

Continue reading to learn more about how a loss of individuality can affect morality.

A morality-shifting circumstantial variable that Zimbardo discusses is the loss of individuality. Zimbardo explains that people disengage their sense of morality when they lose the sense that they and the people they are mistreating are unique individuals. This lack of awareness comes in two forms: anonymity and dehumanization.

Anonymity is the more mundane form of this loss of individuality. Zimbardo claims that we’re more likely to do evil if we think we’re unseen and unlikely to be identified. This anonymity could take the form of a lack of witnesses, or a simple mask or disguise.

Anonymity is powerful because it lessens our personal accountability. When we know we can’t be identified (and therefore we can’t be punished or shamed for our actions), we’re far more likely to commit evil acts. Directly removing personal accountability has the same effect: When someone else volunteers to take responsibility for an evil action, we will readily carry it out ourselves.

(Shortform note: In Skin in the Game, Nassim Nicholas Taleb incorporates the idea of anonymity encouraging immoral action into a broader concept he calls “skin in the game.” In Taleb’s eyes, an action can only be ethical if the one doing it has skin in the game—if they will lose something if the action hurts someone. As Zimbardo points out, anonymity removes skin in the game by reducing personal accountability, and thus, it encourages evil. However, Taleb would argue that anonymity reduces other benefits of skin in the game, too—anonymous people will learn less from the consequences of their actions and feel less motivated to do good work.)

The more intense form of this loss of individuality is dehumanization: According to Zimbardo, when we perceive others as less than human—typically a category of people that are different from us, such as the members of another race—it makes it far easier for us to treat them with cruelty.

Those who dehumanize others also often fall into the mental habit of dehumanizing themselves: They perceive themselves as an object or force instead of a human being with morals. This encourages them to continue hurting others. Physical disguises that promote anonymity have a self-dehumanizing effect, too. For this reason, warriors have traditionally painted their faces or donned uniforms before going into battle—dehumanizing themselves makes it easier to kill.

Loss of Individuality in the Stanford Prison Experiment

Zimbardo recounts that the guards of the Stanford Prison Experiment wore identical uniforms, masked themselves with reflective sunglasses, and forced the prisoners to refer to them by title instead of name, all of which contributed to their anonymity and self-dehumanization, disengaging their sense of morality.

There were a number of factors at play contributing to the prisoners’ dehumanization as well. The guards only referred to prisoners by the numbers on their jumpsuits and forbade them from using their real names. The guards also prohibited the prisoners from openly or honestly expressing their emotions, causing them to feel (and appear) less human. For these reasons, the guards reported seeing the prisoners as animals and losing their feelings of empathy for them.

Some argue that moral righteousness fuels extreme acts of cruelty, instead of loss of individuality. For example, a religious extremist may think they’re improving the world by hurting someone as punishment for doing something immoral. Contrary to Zimbardo’s argument, this kind of “moral” violence requires perpetrators to see their victim as a fully human individual with the ability to make moral choices.

This kind of humanity-focused violence may have been present in the Stanford Prison Experiment—just because the guards donned identical uniforms and kept the prisoners in dehumanizing conditions doesn’t necessarily mean that these cues caused the abusive behavior. On the contrary, there is evidence that the guards justified their abuse on moral terms. According to Zimbardo, the guards reportedly felt as though the prisoners deserved to be punished.

Like what you just read? Read the rest of the world's best book summary and analysis of Philip Zimbardo's "The Lucifer Effect" at Shortform.

Here's what you'll find in our full The Lucifer Effect summary:

What Is the Attention Crisis? Definition & Signs 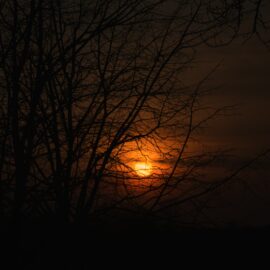 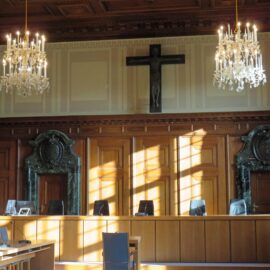