Who was the Frisky Natasha in the book The Man Who Mistook His Wife for a Hat? What long-term effects can syphilis have on the brain if left untreated?

In psychologist Oliver Sacks’ research, he discusses an elderly woman who he calls the Frisky Natasha. Natasha had contracted syphilis over seventy years before and was suffering the long-term effects of brain damage. However, she seemed to be happy with her disease.

Continue reading to learn about the case study of Natasha and the long-term effects of syphilis.

Disorders of superabundance make it difficult to control crucial aspects of our humanity—impulse, will, action, and passion. Patients who experience these uninhibited rushes often don’t feel ill or lost at all, as did some of the patients like Jimmie G. and Christina. Indeed, this other class of patients often reports feeling more alive and human than ever as a result of their disorder. The rich interior life of a person, once dormant and dull, can become truly activated by neurological illnesses.
But there is a dark side to this frenzy and mania. The excesses can subsume the individual. Illness can masquerade as wellness. The activation of pleasure centers in the brain caused by disorders like Tourette’s, syphilis, and even some forms of Korsakov’s syndrome can be powerfully addictive; the patient does not wish to be “cured,” because they do not believe themselves to be ill.

We see an example of a patient succumbing to the dizzying highs of their neurological excesses in the story of Natasha. Natasha was an 88-year-old woman when she came to see Sacks. She reported feeling more energized and young than she had in decades. She even said she felt sexually “frisky,” pursuing and flirting with younger men.

Curiously, she diagnosed herself with what she termed “Cupid’s Disease.” Sacks had never heard this term before, but Natasha explained that it referred to the sexually transmitted disease known as syphilis. Although easily treated with penicillin in the modern era, syphilis was once a devastating disease. In the 18th and 19th centuries, when it was left untreated, the long-term effects of syphilis could lead to devastating neurological impairment and sharp personality changes—with these symptoms sometimes not manifesting until decades after infection.

Natasha explained that she’d been a prostitute at a brothel in the Greek city of Thessaloniki over 70 years before and that this was where she likely had caught the disease. Sacks knew that syphilis had a long latent period, but a seven-decade lag between infection and the onset of symptoms was extraordinary. But tests confirmed that Natasha’s self-diagnosis was spot-on—the bacteria’s spirochetes were stimulating her cerebral cortex and inflicting the cerebral damage that was causing her change in personality.

But Natasha did not want to cure her disorder. For her, it had become a wonderful new reality, giving her a new lease on life and a vibrancy she had not experienced in decades. Just as he had with Ray, Sacks opted for a middle course. The medical team administered her penicillin to kill the spirochetes but leave intact the cerebral damage that was causing her freeing flights of inhibition. She would live the rest of her life voluntarily in thrall to her illness. She gave herself up to Cupid. 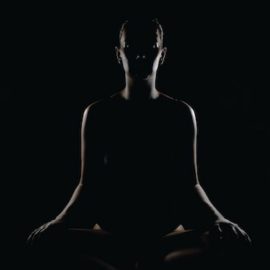 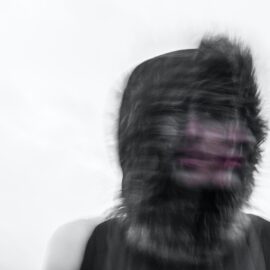 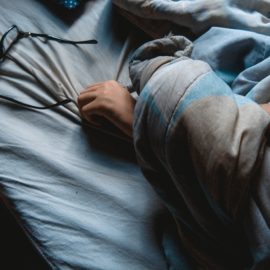 Is REM Sleep Good For You? The Surprising Answer

Lectins and Weight Gain: Is There a Connection?