What is life in the White House like? What was it like for Malia and Sasha to grow up as the President’s children?

When the Obamas moved into the White House, everything about their home lives changed. The family had no privacy from the secret service, the kids had to be accompanied to school by armed agents, and Michelle couldn’t even open a window to let in a breeze. But they were harshly reminded why it’s all necessary.

Keep reading to learn about life in the White House.

Michelle found a new school in Washington, D.C. for Malia and Sasha to attend. It was the same Quaker school that Chelsea Clinton had attended when her father was President. The girls were driven to school in a motorcade accompanied by armed Secret Service agents, which made Michelle feel terrible—life in the White House meant her girls couldn’t have a normal childhood.

Michelle worried about the girls nonstop on their first day of school, but they came home happy and looking forward to their new lives. Like typical kids, they seemed to take everything in stride.

Michelle’s mother Marian, now 71 years old, moved to the White House with the Obamas. She didn’t want to leave Chicago, but after pressure from Michelle and her brother Craig, she agreed for the sake of her granddaughters.

Still, Marian continued to live by her own rules and maintained her independence from White House life: She declined Secret Service protection, stayed away from journalists, did her own laundry, and left the grounds whenever she wanted to. If someone recognized her and asked if she was Michelle Obama’s mother, she wouldn’t admit to it.

Life and Work in the White House

Barack had to get to work immediately after the inauguration. America’s 2008 financial meltdown had occurred a few months before he took office, and the economy was in free fall. Nearly 750,000 jobs were lost in January 2009 alone. The economic crisis was a top priority, but there was also ongoing fear about possible terrorist attacks.

Despite Barack’s heavy responsibilities, the family had more time together than they’d had in years. Having the family living quarters upstairs from the Oval Office gave the Obamas a chance to eat dinner together almost every night. Barack wasn’t commuting to another city every week any more. Their life was, in some ways, more “normal.”

Of course, in other ways the family’s life was far from normal. The White House, for example, had 132 rooms, 35 bathrooms, and 28 fireplaces spread out over six floors. It also had a movie theater, gym, florist shop, and bowling alley. The master suite that Michelle and Barack slept in was larger than the entire apartment her family shared when she was growing up. The building was staffed by an immense crew of housekeepers, painters, electricians, plumbers, florists, chefs, laundry workers, and ushers who worked to keep the place in perfect condition. Barack had three military valets whose sole job was to make sure his wardrobe was always cleaned, pressed, folded, and shined.

Michelle learned quickly that although the presidential family lives rent-free in the White House, they still have a lot they have to pay for. Every month they received an itemized bill for groceries, toilet paper, and other supplies. They had to pay for guests who dined with them or stayed overnight in one of the White House rooms. Michelle learned to supervise the chefs to keep the food costs reasonable. If they were granted free rein to prepare whatever they wanted, they would fly in delicacies from across the globe.

The White House staff was always warm and welcoming to the Obamas, and the family enjoyed interacting with the various staff members. Barack would watch basketball games and talk sports with the butlers. Malia and Sasha would make smoothies and popcorn in the kitchen after school.

Tight Security All the Time

Everything in the White House is designed to keep the President safe. The windows are fitted with bomb-resistant glass and kept securely closed at all times. Opening one for a breath of fresh air is not an option. A crew of shoppers picks up groceries and supplies anonymously at various stores throughout the Washington, D.C. area to make sure no one sabotages the President’s stomach.

Michelle wanted to loosen the formality of the White House in part to make things more “normal” for her daughters. She told the staff the girls had to make their own beds in the morning. She also started to arrange playdates so the girls’ friends could come to the White House. The Secret Service required the friends’ parents to supply their Social Security numbers before bringing their children over to play, which created some awkward moments. But the children didn’t care; they just wanted to play.

It was important to Michelle that the other parents saw her as Malia and Sasha’s mom, not as the first lady. Michelle made it a priority to invite her daughters’ new friends’ parents for lunch or community events.

Although the constant security felt invasive, an event in November of 2011 reminded the Obamas how important all that security really is. A 21-year-old man named Oscar Ramiro Ortega-Hernandez parked his car on Constitution Avenue, aimed an assault rifle at the top floors of the White House—the First Family’s living quarters—and started firing. The bullets hit the building and cracked the protective ballistic glass in a window, but no one was hurt. Michelle and Barack were out of town at the time. Still, it was a reminder to Michelle of how vulnerable her family was and that there were people out there who wanted to hurt them. 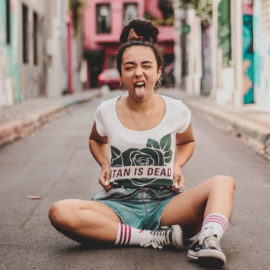 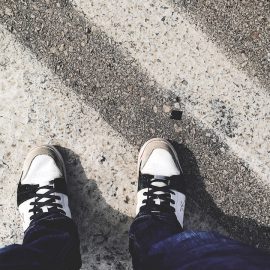 How to Find Your Path in Life & at Work 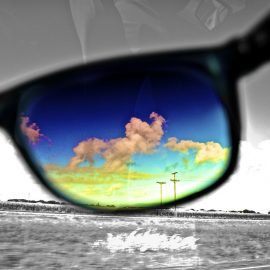 How to Develop a New Perspective on Life