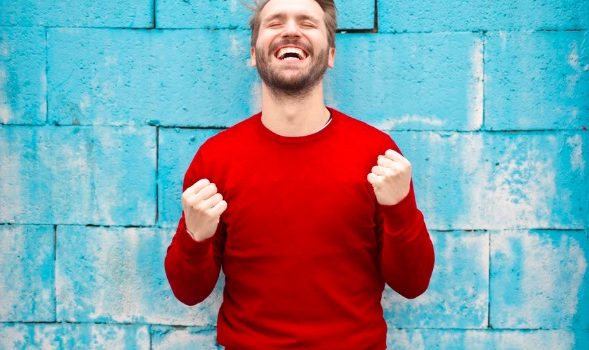 Is it possible to go from an introvert to an extrovert? How fixed is anyone’s personality or temperament?

You can go from being an introvert to an extrovert, but that change wouldn’t be permanent. Realistically, what happens is that some people are good at acting like the other personality type based on the demands of a given situation.

Read on to see how to go from introvert to extrovert temporarily.

Self-Monitoring Is Key to Going From Introvert to Extrovert

Researchers studied how introverts adapt their personalities by asking them to act like extroverts while teaching a class. The researchers measured such things as eye contact, confident posture, and smiling. Researchers found that introverts who do the best job of acting like extroverts are skilled at self-monitoring. To adjust their behavior from introvert to extrovert based on the social demands of a situation, they look for cues from others to tell them how to act.

Some people are better at self-monitoring than others. Little, like the best teachers, took cues from his student audiences—for instance, adjusting his lectures if the students weren’t following them. In contrast, “low” self-monitors are less sensitive to external cues and are instead guided internally by their interests and motivations.

You can gauge your self-monitoring skill level by answering questions from psychologist Mark Snyder’s Self-Monitoring Scale, for instance:

The more often you answer yes to questions in the assessment, the more skilled a self-monitor you are.

While some may view self-monitoring and adjusting your behavior as being phony, Little views it as being accommodating to situations and people, rather than putting your own interests first.

Even if you’re pursuing a core personal project, you don’t want to act out of character for too long because it takes a lot of energy. Going from introvert to extrovert can be a drain.

In the process, you need to create “restorative niches,” where you can relax and be yourself. These niches can be a physical place—many introverts take a break in the bathroom after giving a speech or during a long social event. While giving a series of lectures to military officers, Little took a walk by himself between lectures, rather than having lunch with the top brass. You can also create restorative niches by giving yourself a relaxing weekend before a big event, taking breaks for yoga or meditation, or replacing a face-to-face meeting with a phone call or email.

You can even create a restorative, or at least a less stressful, niche during a meeting or event by choosing when you arrive, where you sit, and how you communicate. These choices help you establish physical distance and perspective.

Before accepting a job, you might want to consider the availability of restorative niches that fit your personality—for instance, would you have private work space or face the constant interruptions of an open office?

You also might ask yourself how much time the job would allow you to spend in-character. An extrovert might ask whether the job/environment would provide enough stimulation and contact with people. Sometimes you can re-engineer a job—for instance, getting permission to work remotely—so you’re acting in-character most of the time.

In your personal life, you might have to negotiate what Little calls a “Free Trait Agreement” with a spouse or partner, in which you each agree to act out of character on occasion, in exchange for being in-character most of the time. For instance, you’ll attend your wife’s best friend’s wedding, but you’ll skip the pre-wedding social activities.

You can even negotiate a Free Trait Agreement with yourself—for instance deciding the number of social events you’ll force yourself to attend in exchange for most evenings at home.

Changing Your Temperament From Introvert to Extrovert

Further research by Dr. Carl Schwartz at Massachusetts General Hospital on Kagan’s subjects as teenagers showed that we can stretch beyond our inherited characteristics, but only to a point. Our temperaments continue to influence us throughout our lives.

Schwartz used an fMRI machine that measures brain activity. He showed participants a fast-moving series of photos of people’s faces to simulate the experience of walking into a crowded room. Some of the photos were repeated and became “familiar,” while new ones were continually added to the sequence. The people who had been highly reactive as children were more sensitive—they reacted more strongly—to the photos of unfamiliar faces.

Some of the high-reactives had grown into socially engaged and friendly teenagers who were not outwardly bothered by new experiences, but their brains still reacted more strongly to the unfamiliar faces. They hadn’t quite gone from introvert to extrovert, but they had evolved.

As an introvert, author Susan Cain struggled with public speaking, yet it was something her work often required her to do. To make the experience less stressful, she took a class in public speaking and also taught herself a number of stress-reduction techniques, such as: 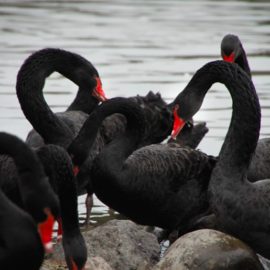