What is the central tenet of the humanism philosophy? How did the shift from theism to humanism change human societies?

Humanism is a philosophy premised on the belief that humanity has the authority to create meaning within the universe. The societal impact of humanism is most seen clearly in the following areas: ethics, politics, aesthetics, economics, and education.

Keep reading to learn about the philosophy of humanism and how it has changed human societies.

Humanism: The Philosophy of Agency

As humanity shifted its focus to constant economic growth and technological advancement, increased demand took its toll on people’s mental, emotional, and physical health. As theism lost its power, people needed a new way to get through the constant stress, tension, and burnout associated with the demand for advancement while maintaining social order and large group cooperation. To help in their quest for meaning, people turned to humanism. The impact of humanism is most obvious in the following areas: ethics, politics, aesthetics, economics, and education.

Historically, theistic religion dictated ethics, regardless of human impact. For example, if a man wanted to be romantically involved with another man in the 1500s, religious fundamentalists would condemn the behavior as a crime against God. Though the homosexual behavior wasn’t directly impacting anyone outside of the couple, the holy text deemed homosexuality unethical.

In the modern era, many humanists believe that an action that harms no one shouldn’t be restricted or condemned. However, because humanism promotes individual morality, ethics can become challenging when the situation lives in a gray area, such as someone killing another person in self-defense or a child stealing to feed himself. Humanists develop their own ethical judgments and make ethical decisions based on their internal feelings, removing the black-and-white judgments of religious fundamentalism.

For example, if a man steals from his neighbor, older civilizations would proclaim that he’s committed a crime against God and man, then cut off his hands or throw him in prison. Humanists, on the other hand, would ask questions about the man’s feelings and sense of morality: Was his family starving? Should he be punished or helped? Was the neighbor also struggling? They’d use the answers to these questions to guide their decision-making process and reach a verdict.

Historically, politics were reserved for the noble or the religious elite. Commoners were expected to accept their fate as divine will and live their lives accordingly. For example, during the War of the Roses, officials didn’t consider holding a democratic election to determine who would rule England. Instead, noblemen sent their loyal subjects to die on the battlefield in a brutal battle for power.

In the modern era, most countries now involve the masses through voting and direct representation. People are expected to vote based on their personal perspective and experiences. While political banter and party alignment often get in the way of truly personal decision-making, the choice is ultimately the voter’s to make. For example, in America, there’s no direct threat to a Republican who votes for a Democrat or vice versa. Voting is private, and no one is required to report their decision to their affiliated party.

Historically, divine beings have been a primary source of artistic and aesthetic inspiration. For example, in the Middle Ages, artists, composers, and poets created works of art that reflected the beauty and power of God. They’d take no credit for their creations, giving it all to the divine being that blessed them with life and talent.

In the modern era, artists usually create works that center around human emotion. In addition, art isn’t judged based upon whether or not it’s pleasing to a higher power. Rather, anything can be considered art, even a broken phone booth in a modern art museum. Aesthetically, humanists agree that “beauty is in the eye of the beholder.”

Historically, many civilizations had a set system to determine quality and pricing of goods. For example, in the Middle Ages, quality was determined by small guilds and prices were set by nobility. Consumers could only purchase the goods each guild deemed “quality,” then had to pay whatever price was set by the noblemen. Because there was no competition, the consumer was given no power.

In the modern era, competition and increased productivity have given power to the consumer. Individuals determine the quality of goods and the worth of a product, even if it creates an ethical dilemma. For example, the agricultural industry uses genetic modification to meet demand for cheap meat products. Ethically, the consumer market has determined that access to cheap meat outweighs the animal suffering caused by genetic modification.

Historically, students relied on the words of divine beings or ancient philosophers to shape their perspective, looking to preexisting religious, philosophical, and political perspectives to make their decisions. They were never told to think for themselves because, according to the perspective of the time, all meaning and authority came from external sources, such as the church or the crown.

In the modern era, teachers instruct students to form their own opinions because, according to humanism, everyone has the power to create their own meaning and authority. Teachers introduce their students to a wide variety of perspectives, then allow them to decide how they feel about the information. For example, philosophy teachers explain conflicting perspectives, allowing students to come to their own conclusions rather than telling them what to think.

Throughout history, the definition of knowledge has changed drastically. In the Middle Ages, knowledge was a combination of scripture and logic. To answer important questions, people would turn to religious texts to guide their opinions.

After the Scientific Revolution, knowledge was a combination of data and mathematics. To answer important questions, people would turn to research and science to guide their opinions. For example, rather than relying on the Bible to explain the shape of the Earth, scientists decided to use trigonometry and astronomy. The use of objective data and mathematical formulas helped them discover the spherical shape of the planet.

According to modern humanism, knowledge is a combination of experiences and sensitivity:

For example, if you’re a coffee connoisseur, you’ve likely tried a wide variety of coffees, allowing you to taste the subtle differences between different roasts and beans. On the other hand, if you don’t drink coffee very often, you likely won’t be able to tell the difference between different coffees because you haven’t had the proper experiences to understand the nuances.

Humanists believe that knowledge through experience and sensitivity leads to the creation of the conscience. People aren’t born with a pre-made conscience. They develop one over time based on the way they respond to their environment. For example, if a person had to steal from the supermarket to feed their siblings, they may not view petty theft as “immoral,” while someone who was raised by a small-business owner may view theft of any degree as an inexcusable crime.

Humanists believe that the development of a well-rounded perspective on the world relies on extensive knowledge. The more sensitive someone is towards a topic, the more likely they are to have a deeper understanding of the issue. For example, someone who has spoken with immigrants about their struggles in the United States is going to have a more well-rounded perspective on immigration than someone who has never met an immigrant.

According to humanism, a fully developed conscience relies on constant inner change, a concept reflected in modern media. Where premodern heroes didn’t experience much internal change throughout their narratives, many modern films, plays, books, and TV shows emphasize their characters’ internal development as the core of their story.

For example, when Lancelot defeated his opponents, he didn’t experience an internal shift based upon his experiences. If anything, his victory bolstered his status as the “hero” of the story and supported his present perspective. Conversely, in The Wizard of Oz, the Tin Man, Scarecrow, and Lion discover that the things they were looking for were within themselves for their entire journey. Through their experiences, their internal perspective changed by the end of the story.

As humans began to focus on personal experiences, wartime narratives started to shift. Pre-modern civilizations turned to deities to determine whether a war was justified, and they glorified heroes and generals in battle. While they didn’t hide the brutality of war, war stories and artwork didn’t focus on the plight of the common soldier, relegating them to a generic foe for a hero to defeat or a member of a cheering crowd.

For example, in Pieter Snayers’s painting The Battle of the White Mountain (1620), the foot soldiers are depicted as small, generic figures lined up in intricate formations. Above their heads, larger and intricately detailed angels hold a large sign, showing their support for Emperor Ferdinand II. While you can see some carnage on the front lines if you look closely, the piece focuses on the divine support of God and the glorious strategy of the emperor.

Conversely, in the modern era, grand stories of heroes and generals have been pushed aside for grounded tales about the experiences of the common soldier. This shift started in the mid-1800s, and it became mainstream during the World Wars. Generals and politicians are no longer seen as brilliant, infallible strategists who make choices with the guidance of a higher power.

In fact, many modern war stories show that actions of high-ranking military officials can have dire consequences for the soldiers they command. For example, books such as All Quiet on the Western Front and films such as Saving Private Ryan focus on the horrors of the frontline soldiers obeying orders, depicting war as brutal and unforgiving.

The Rise of Humanism: A Philosophy of the New World 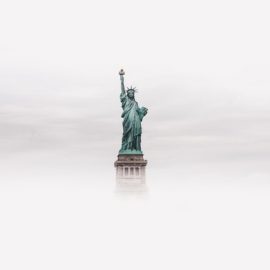 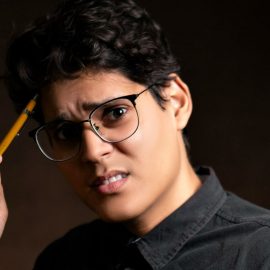 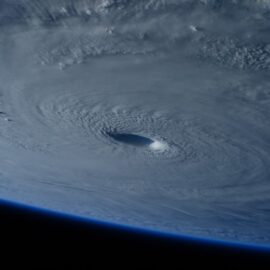 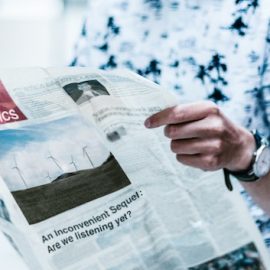 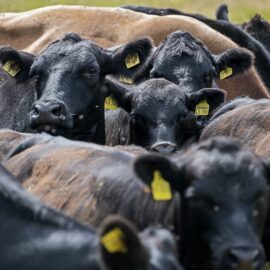