Do you think journalists are largely objective in their representation of news? What happens when a journalist disseminates a biased perspective?

According to Nassim Taleb, bias in journalism is the result of journalists’ lack of “skin in the game.” Their salaries don’t depend on how much useful and accurate information they convey to the public—rather, they depend on how well they fulfill their employers’ expectations.

In this article, we’ll describe the flaws caused by a lack of skin in the game that Taleb has identified in the news media.

Journalists Don’t Have Skin in the Game

In theory, journalistic institutions encourage their employees to convey an accurate representation of the facts. In reality, though, they often misrepresent the facts in pursuit of their own interests because there is no penalty for doing so.

A Lack of Skin in the Game Encourages Conformity

Recall that, in the absence of skin in the game, rewards are given out based on the appearance of value instead of true value. For this reason, you won’t be rewarded for good ideas that contradict the general consensus. They won’t look like good ideas on the surface.

In Taleb’s view, the field of journalism operates in a very similar way to academia in the sense that one point of view comes to dominate entire organizations. Ideas are judged by editors or other higher-ups in the institution, who reject anything they don’t see value in. This incentivizes conformity, especially in a field as competitive as journalism. Given the choice between two journalists of equal skill, an editor will hire the one who shares her point of view. This contributes to the political polarization we see in our news media.

In contrast, the skin in the game of the business world rewards diverse ideas. If entrepreneurs are able to make money by challenging public opinion, they’ll make even more profit than if they had conformed—because it’s an untapped market.

Biased Manipulation of the Facts

Taleb maintains that in the absence of skin in the game, not only are journalists incentivized to conform to one perspective, they are encouraged to interpret and warp the news in the way that best serves the biased perspective of the organization.

Taleb recounts an instance in which the press drastically misrepresented his opinion on climate change during a public discussion with then-candidate for UK Prime Minister, David Cameron. The UK press condensed Taleb’s entire perspective on uncertainty and accountability into an out-of-context sound bite that implied the opposite of what he intended to convey.

The press did this with the intent of weakening Cameron’s public image during the lead-up to the election. It was only after the threat of legal action on Taleb’s part that the papers corrected what they had printed.

The majority of the time, journalistic institutions face no consequences for cases like this, as only rarely does someone resort to legal action. More often than not, bias in journalism flies under the radar.

To explain what a healthy news source looks like, Taleb makes the distinction between two types of news systems: two-way and one-way.

Two-way mediums are systems in which news is shared by individuals who both give and receive information. For most of human history, news has been spread this way—through word of mouth within communities. Village gossip is a two-way news medium.

Two-way mediums, by nature, incorporate an element of skin in the game. If someone spreads misinformation, everyone else will identify and condemn that misinformation. News sources have the potential to suffer more reputational harm in two-way news systems because audiences have the ability to broadcast their feedback.

One-way mediums are platforms in which a centralized distributor transmits news to a mass audience. Newspapers, radio, and television are all one-way news mediums. One-way news is a fairly recent development, beginning when newspapers became commonplace.

These mediums involve very few opportunities for feedback—the opinions of their audiences have little influence on how they operate. Thus, the rise of one-way news vastly reduced skin in the game. New technology allowed a few news distributors to be heard while the general public no longer had a voice to give feedback. News became centralized, and institutions were able to survive with far less journalistic integrity than a reputable village gossip.

However, Taleb asserts that two-way news is making a comeback in the form of social media. Social media puts news institutions’ skin back in the game, as unreliable sources come under fire from the general public.

The recent rise in suspicion toward the news media is a sign that our one-way news system is in the process of collapsing entirely, due to its chronic lack of skin in the game. Now that the general public has been given a channel to broadcast their criticism of untrustworthy sources, bias and distortion in the news is more likely to be punished. According to Taleb, we’re in the process of evolving toward a more reliable news system, and in the end, only the most trustworthy institutions will survive.

In contrast with the way one-sided news sources present ideas that oppose their own, Taleb establishes some guidelines for ethical debate.

The primary rule is to advocate for your opponent’s position as strongly as if it were your own. You shouldn’t start a counterargument until you’ve done this. Don’t obscure any facts about the issue, even if they make your position weaker. Doing so shows respect for the other side and turns debate into a collaborative search for ideas that are true and useful. Counterintuitively, it also makes your argument appear stronger since it shows that you have honestly considered the other side.

Taking this to an even further extent, Taleb advises to not only argue against what your opponent said, but against what they meant—the strongest possible argument that aligns with your opponent’s perspective. This is the opposite of a straw man argument, which seeks to present the opposing argument as weakly as possible. This is an ethical imperative—lying by misrepresentation is immoral.

Taleb equates misrepresentation of your opponent’s point of view to theft—you are stealing their credibility and profiting at the expense of both your opponent and your audience. 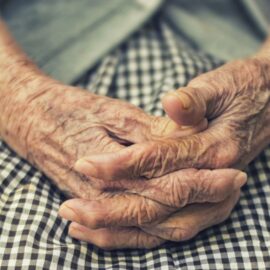 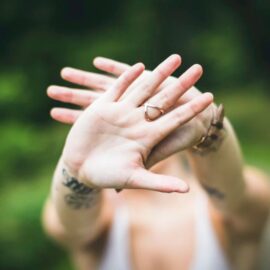 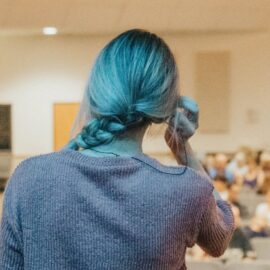