Do you ever wonder how we are all connected? Can small moments turn into life-changing acts?

How We Are All Connected

Eddie was isolated and lonely in his life. Faced with the loss of his wife early, and estrangement from family, Eddie became bitter, and stopped asking him important questions like are we all connected. In the afterlife, Eddie learns important lessons about how we are all connected.

The End is the Beginning

This story begins at the end, on the day that a man named Eddie dies. Like most endings, Eddie’s death is also a beginning, even though he doesn’t know it. He’s about to find out how we are all connected.

Eddie could never have known this, but a few months earlier, a young man lost his car key at Ruby Pier. He had been keeping it in his jacket pocket while he rode the rides. As it turns out, the key had fallen and become lodged in Freddy’s Free Fall and had been slowly wearing away at the cable. There was no way to see that this was happening. Every person’s story overlaps with someone else’s.

Although Eddie wants to ask the Blue Man questions, he finds he cannot speak. The Blue Man tells him that when you first arrive in heaven, you lose your voice so that you can listen. However, Eddie manages to make out one question—he asks how the Blue Man died. Slightly surprised, he smiles and says that Eddie killed him.

How We Are All Connected: Tala’s Story

Eddie’s fifth person is a girl named Tala. Eddie doesn’t know who she is at first, but soon sees how we are all connected to each other. Eddie sees the other children in the water around them. They are bathing with stones. Tala says that is how their mothers used to wash them. Then Tala notices pipe cleaners in Eddie’s shirt. He twists up a little dog for her. He asks her if she likes the toy, but she answers “You burn me.”

Eddie is confused, because the only thing he remembered of his last moment was the little girl’s hands in his. Tala smiles and holds Eddie’s hands. The hands Eddie remembers were Tala’s hands as she pulled him into heaven to keep him safe. Though Eddie never knew about Tala, she proves to him how we are all connected to each other.

Eddie Learns How We Are All Connected

Ruby Pier Amusement park opened again three days after Eddie’s death. The story stayed in the newspaper for a week. Freddy’s Free Fall reopened the next year with a new name—Daredevil Drop. Dominguez took over Eddie’s job as the head of maintenance.

The apartment Eddie lived in for almost his entire life was rented out to someone new, and all of his possessions were put into a trunk. They were stored alongside some Ruby Pier memorabilia, including a photo of the first entrance. People will continue to look at them as they continue to ask themselves: are we all connected?

The young man, Nicky, replaced the car key that he lost at Ruby Pier. He continued to come back to the park. He loved to brag that his great-grandmother was the Ruby, after whom the park was named.

Years passed. Each summer, when the days got longer, people returned to Ruby Pier. They stood in lines to ride the rides.

In heaven, another line was forming: A line of five people in their five chosen heavens. These five people were waiting for a young girl with blonde curls to grow up, to live her life, and eventually to die.

One of the people waiting in line to explain to the girl with curls why she lived is an old man named Eddie who she’ll meet in the Stardust Band Shell. Someday, he’ll share with her what he’s learned: that every person’s story affects the next person’s story. In fact, all the stories are one. It is proof of how we are all connected to each other.

Are we all connected? It depends on your perspective—but in the book The Five People You Meet in Heaven, the idea of how we are all connected is also what connects the book, and Eddie’s life story. 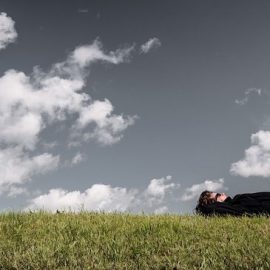 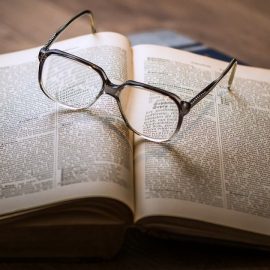