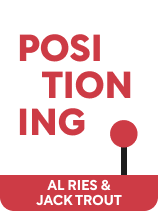 This article is an excerpt from the Shortform book guide to "Positioning" by Al Ries and Jack Trout. Shortform has the world's best summaries and analyses of books you should be reading.

Do you know how to name a product? Why is this your most important marketing decision?

In Positioning, Al Ries and Jack Trout argue that selecting a product name that supports your claims is crucial to positioning your product in the market. They explain why you shouldn’t underestimate the power of a name and provide guidance on how to (and how not to) name a product.

Continue reading to learn how to name a product to position it for success.

How to Name a Product: Your #1 Marketing Decision

According to Ries and Trout, your product name (the third element of preliminary positioning) is your most important marketing decision, because the name is what people use to mentally place your product in the market landscape. If they can’t easily place your name where you want them to position you in the market landscape, then your name doesn’t support your positioning strategy. In this case, Ries and Trout advise you to change the name.

For example, imagine that the Central Nebraska Trucking Company expands beyond the state of Nebraska, and buys out an airline company. Now they offer the best deal on flights from New York to Florida, but nobody flies with them, because people looking to fly from New York to Florida have no interest in the kind of services they would expect the Central Nebraska Trucking Company to offer.

Ries and Trout point out that in speech, people tend to shorten names to reduce spoken syllables. This makes some names more suitable than others for abbreviating as acronyms.

Part of the power of the name is that it can be memorable. Ries and Trout assert that names are more memorable than acronyms. Thus, you may want to avoid selecting a name that people are likely to turn into an acronym. They say phonetic acronyms (acronyms that make up words you can pronounce, like NASA) are more memorable, and thus may offer an alternate solution.

However, the authors warn that acronyms can backfire if the acronym sounds contrary to your positioning claim. For example, suppose you’re rolling out a program that helps people stay in shape by teaching them psychological techniques to maintain a positive attitude about exercise. You call the program “Fitness Attitude Training,” which gets shortened to FAT.

(Shortform note: Psychological studies on the memorability of acronyms have had mixed results, but generally corroborate Ries and Trout’s assertion that they are less memorable than names. One study also highlighted the significance of social context, finding that how a person answers the question, “Would you say this name in conversation at a party?” was the strongest predictor of their receptiveness to the product. Thus, if you’re designing a survey to test the power of a name and compare the effectiveness of different names, questions about using a product name in a social context may give you more accurate results than questions like, “How likely would you be to buy this product if it was named…?”)

Vague or Arbitrary Names: A name that’s too vague makes it harder to establish a strong position, because it’s less obvious what kind of product the name stands for.

For example, what would you expect “W Magazine” to cover? Maybe finances, or gambling: ways to double your money? Maybe women’s issues? It appears they actually focus on art and fashion, but you need more than their name to figure that out.

(Shortform note: Other analysts add that you should not choose a name that’s too generic because your product can’t be everything to everybody.)

Obsolete Names: The power of a name can dwindle over time. Cultures change, and so do businesses. Names that used to be good may no longer reflect the nature of the product or the role of the company in a way that resonates with prospective customers. We already discussed the importance of the company name accurately reflecting its role. However, even if the product and the company stay the same, the name can become obsolete due to changes in culture or language.

(Shortform note: Globalization can also render names obsolete if they appeal to the original local customers but not to a broader global audience. The Harvard Business Review provides some pointers on brand naming for success in the global market, such as choosing a name that is easy to pronounce in a variety of languages.)

Technical Names: Ries and Trout observe that engineers often come up with technical names for products they are developing that are meaningless to outsiders. Thus, they argue that these names should be changed when the product is brought to market.

(Shortform note: While this is probably good advice, there are exceptions. For example, WD-40 stands for “Water Displacing Agent, experimental formula #40,” a name that obviously carried over from the company’s R&D efforts. However, the product was highly successful, and is widely regarded as the market leader in water displacing agents.)

Confusing Names: Ries and Trout point out that if your name is too easily confused with a competitor’s name, it becomes difficult to position yourself relative to that competitor.

(Shortform note: This is true if you’re trying to position yourself as the market leader in your own niche, as Ries and Trout recommend. However, sometimes companies with copycat products deliberately adopt names that could easily be confused with the market leader. For example, Surefire is widely acknowledged as the brand leader in tactical flashlights, while superficially similar but much cheaper lights are available from Ultrafire and Trustfire.)

Knowing how to name a product can make all the difference in your product’s success.

How to Name a Product to Position It for Success

Like what you just read? Read the rest of the world's best book summary and analysis of Al Ries and Jack Trout's "Positioning" at Shortform.

Here's what you'll find in our full Positioning summary: 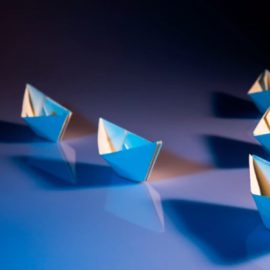 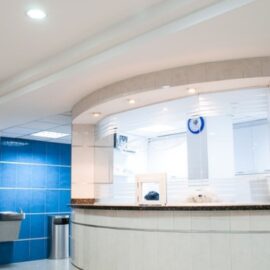 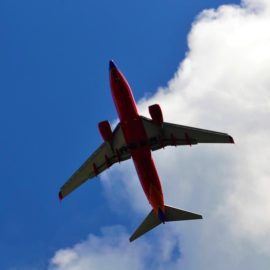 Boeing Checklist: How It Saves Lives, What It Can Teach You

What is a Red Ocean Strategy?