Do you have a goal and a plan to achieve yet, for some reason, you fail to follow through on the action part? What do you think is stopping you from executing? How can you follow through with your goals?

Once you’ve developed your goal and have a plan to reach it, it’s time to follow it. But even with a plan, you might delay acting for a variety of reasons.

Keep reading for tips on how to follow through with your goals in spite of the fear and obstacles.

Why You Give Up

If you want to learn how to follow through with your goals, first understand why you give up on them. There are three main reasons why you don’t follow through in spite of having fleshed out the plan for it:

In general, it’s best to act on your plan as soon as possible. Examples include enrolling in online courses, networking with people in your field, or saving for the downpayment on a house. Here are some of the effects of taking action:

Feedback from personal observations and from others can help you determine if you need to make adjustments. Though unpleasant, look at failure as a sign to adjust rather than quit. Look at both as opportunities to learn something new, and make your plan stronger going forward.

Consider the start-up world: Most start-up businesses will fail. However, businesses started by leaders 55 years and older were 73 percent more likely to succeed. This is likely because older leaders have more professional experience, and they have learned from their past failures. In other words, learning from failure can help you achieve your goals.

Important Note: Sometimes, you have an idea of what you’d like to achieve, but your path to getting there isn’t clear. Maybe no one has done what you’re trying to do, or there are multiple ways to reach your goal. Even if you can’t tell which path to take, act anyway. If you encounter obstacles, adjust and keep going. You may discover a path toward a different outcome that suits your interests that you didn’t know existed.

At Canfield’s seminars, he does an exercise where he holds up a $100 bill and asks the audience who wants it. Nearly everyone raises their hand. Canfield continues to hold it as people shout that he should pick them. Eventually, someone jumps from her seat and retrieves the bill.

When Canfield asks the other participants why they didn’t come get the bill, he gets the following reasons:

Canfield then points out that whatever excuse stopped them from taking the bill could be the same one that stops them from pursuing their goals. For example, if they’re worried about doing something wrong in front of the group, they may be worried about making mistakes and don’t take action on their goals as a result. By recognizing these tendencies in yourself, you can interrupt them and take action.

Sylvester Stallone was an actor who wanted to write a screenplay about an underdog boxer who stages an upset against a known boxing champion. But he stopped short of writing it because he thought it was too unrealistic. Then, in 1975, he watched the match between reigning world heavyweight champion Muhammad Ali and Chuck Wepner—a lesser-known boxer with 30-to-1 odds of losing to Ali. Wepner stunned the world by lasting 15 rounds with Ali, though Ali did recover and take the title. As a result, Stallone felt ready to write. Over the next three days, he wrote his screenplay for Rocky, which later won three Oscars.

Jana Stanfield wanted to become a singer and songwriter, but she wasn’t sure exactly how she’d get there. Her first step was to take singing lessons, which led to singing on weekends at a country club. At age 26, she moved to Nashville in hopes of landing a recording contract. But she soon realized there were more interested singers than there were labels looking to sign them. At first, it had seemed like the only way to fulfill her dreams was to become a singer. But when she reflected further, she realized that her underlying motivation was to use music to touch people. She shifted from looking for a recording contract to playing wherever she could and taking odd jobs to support her music. She played at different churches during services, and soon, people were asking her to sell her songs.

At first, she sold cassettes that she made, but with the encouragement of friends, decided to pay an engineer to record a 10-song album. One day, after a concert, Stanfield realized she’d made $300 selling tapes, which was more than she made from her freelance job per week—making a living doing work she loved was finally within her reach. She decided to start her own recording label to produce more of her albums. Her songs have since been performed by artists like Reba McIntyre and Andy Williams.

Though Ruben Gonzalez had always wanted to become an Olympic athlete, he never committed to actually doing it until he was 21 years old. He decided to pick a sport that played to his toughness and unwillingness to quit. He chose luge, reasoning that a sport that often gave athletes broken bones would cull would-be competitors, leaving him to succeed.

He wrote to Sports Illustrated to learn where to practice luge. They wrote back telling him to train at Lake Placid in New York. Gonzalez called the training facility there and asked if they’d help him become an Olympian in four years. The speaker was skeptical of Gonzalez—luge athletes typically started training 10 years earlier. But when Gonzalez shared that he was from Argentina, the person got excited. At the time, there were so few countries competing in luge that the Olympic committee was threatening to cut it from the games. If Gonzalez trained, qualified in four years, and competed for Argentina instead of the U.S., there would be more countries competing in the sport, and it might not be cut.

Gonzalez flew out to Lake Placid to start training within a few days of the phone conversation. Training was grueling, but he was able to qualify for the Olympics in four years, and he went on to compete in three different Olympics. 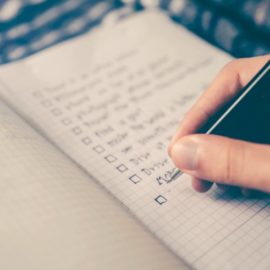