Are humans naturally afraid of death? Can they counter this fear by learning how to feel alive?

Discovering how to feel alive isn’t always about taking risks or getting your adrenaline going. There are numerous ways to feel more alive, and get in touch with your natural fear of death.

Read more about how to feel alive and how it can counter your fears.

How to Feel Alive

There are five strategies to becoming more aware of death. This way, you can learn how to feel alive again and work on conquering your fear.

Strategy #1: Make death more concrete. We tend to think of death as an abstraction, but this makes us feel less physically connected to the world. To make death more visceral and learn how to feel alive again:

Strategy #2: Become aware that other people die too. Imagine the people you know dying and how it would change your life. Try to imagine their fear and vulnerability to death. Then, think about how in a few hundred years, everyone who was alive at the same time as you will be dead. This will remind you that you have something in common with everyone—mortality—and it will help you be more empathetic and drive you to connect with people in order to teach you how to feel alive. It will also help you deal with even the evilest people—they’re mortal too.

Strategy #3: Acknowledge that time is limited. When we avoid thinking about death, it’s easy to procrastinate, because it feels like we have unlimited time. In reality, we don’t, and we usually have less time than we think we will. Learn to make use of time by giving yourself deadlines for goals. When you have time pressure, your body will release adrenaline, energy, and concentration, letting you know how to feel more alive.

Don’t try to evade thinking of death by thinking there’s no point in doing anything. You won’t be happy if you feel like you’ve wasted your life.

Strategy #4: Don’t shy away from pain and difficulty in life. Our tendency to do this is rooted in our fear of death, and as we learned, hiding from death dulls our lives. When you encounter something painful or some adversity, don’t focus on the discomfort, focus on how the experience will teach you something and make you stronger, letting you uncover how to feel more alive.

This strategy requires practice—you won’t immediately be able to see the good in the bad.

Strategy #5: Embrace the Sublime. Death is the ultimate manifestation of something we can’t understand. Learn how to feel more alive and try to access the Sublime by:

Mary Flannery O’Connor and her father both had lupus erythematosus, a life-threatening disease that ultimately killed them both. Flannery felt the presence of death throughout her life and used it to live more fully.

When Flannery was 10, she wrote vignettes describing her relatives. Her mother wasn’t impressed—she wanted her daughter to be a southern lady. Her father, however, loved the stories and professed that his daughter would grow up to be a famous writer.

When Flannery’s father died, she experienced the concreteness of death and threw herself into writing. She moved away from her mother and went to the University of Iowa to study writing. Her stories were well-received and after she graduated, she started working on her first novel.

One day she fell ill and was ultimately diagnosed with lupus. She’d seen how quickly the disease had killed her father and realized she might not have much time left. This motivated her to pay attention to every experience she had, which made her feel more alive. She was also motivated to keep writing—she realized that without the threat of imminent death, people were selfish, unaware, and complacent. She could use her words to enlighten them.

No matter how sick she felt, she kept writing until she died at the age of 39. 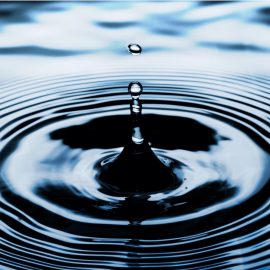