How did Elon Musk Start Tesla? Who helped him create the company?

Elon Musk started Tesla by investing in J.B. Straubel’s battery technology and Eberhard and Tarpenning’s company, Tesla Motors. Musk suggested that they all work together since they shared the same vision.

Keep reading to find out how Elon Musk started Tesla.

The Rise of Tesla

How did Elon Musk start Tesla? It began with batteries. Around the time Musk started SpaceX, an engineer named J. B. Straubel tried to improve electric car technology by using lithium-ion batteries as a fuel source. He floated this idea around Silicon Valley, looking for investors. Vance explains that no one took much interest—except Musk, who funded Straubel’s work on this new battery technology.

(Shortform note: In 2017, Straubel continued his work with lithium-ion batteries and founded Redwood Materials, which recycles the batteries and uses the materials to produce more.)

So, how did Elon Musk start Tesla with a battery but no electric car? While Straubel worked on the battery technology, two engineers named Marc Tarpenning and Martin Eberhard worked together on a similar vision: to make electric cars a commercial enterprise, not just a science project. They also decided to build a luxury electric car, rather than a more affordable one that appealed only to environmentalists.

(Shortform note: Tesla succeeded in part because they appealed to a different group of people with a different worldview—namely, wealthy people who were interested in an environmentally-friendly electric car. In All Marketers Are Liars, Seth Godin explains that if you’re entering a market where someone else is already succeeding with their story, don’t try to tell their story better. Instead, find a different story to tell them, as Tesla did. Had Tesla tried to make an electric car that appealed to environmentalists, they would have competed with cars like the Prius, rather than creating their own section of the market.)

On July 3, 2003, Eberhard and Tarpenning incorporated Tesla Motors and started searching for venture capital. Vance explains that when Musk heard about their venture in 2004, he became Tesla’s biggest investor. He recommended that they work with Straubel, who’d been improving batteries. They all shared the vision of creating a great car and ending America’s reliance on gasoline. 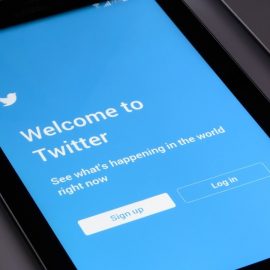 Writing for Social Media: Keep Your Voice & Change Your Tone 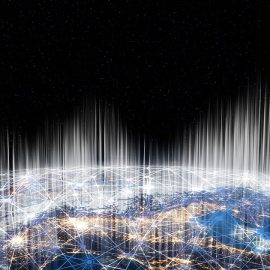 The Role of Technology in Globalization: The World Made Flatter