Health insurance as we know it today didn’t really exist until the beginning of the twentieth century. The earliest health insurance policies compensated people for income lost while they were sick. Some employers also paid for doctors to be on retainer to care for employees, since long illness absences were a problem.

In this article, we’ll take a look at the history of health insurance in America and how it got to where it is today.

The Origin of Health Insurance

In the late 1800s, healthcare was unscientific and ineffective. Disease took a long time to recover from, and people paid for their own healthcare.

In the 1920s, Baylor University Medical Center offered a local teachers’ union a catastrophic health plan for $6 per year per person. This included a 21-day stay in the hospital after a deductible of a week. A day in the hospital cost just $5/day, or $105 in today’s dollars. This plan became popular, signing 3 million insured by 1939, and led to the non-profit Blue Cross Plans.

In the 1930s, medical technology improved. Anesthesia, penicillin, and ventilators were discovered. This enabled new effective standards of care. The new technology also increased the cost of care, and insurance had to adjust to cover the higher costs.

This was a critical juncture in the history of health insurance in that at this point insurance could have been direct to consumer and private, as with auto and life insurance. But one historical event changed healthcare policy in a dramatic way that would last until today. During World War II, the National War Labor Board froze salaries. Normally, companies used higher salaries to compete for workers, but this was now forbidden. Instead, companies began offering health insurance, which wasn’t frozen. Furthermore, to make this more attractive, the federal government made employer spend on health benefits tax-deductible.

This historical artifact was the origination of employer-sponsored healthcare, the predominant way people are covered today. Population insurance rates exploded from 10% in 1940 to 60% in 1955.

Growth in the insurance industry and public demand for health insurance from employers prompted for-profit insurers like Aetna and Cigna to enter the industry.

The author suggests that for-profit insurers were less bound by the mission statement of non-profit BCBS of “high quality, affordable health care for all.” For-profit insurers could segment the population, focusing on healthier patients and offering lower rates while excluding unhealthy patients. This meant the Blue Cross plans began having to support sicker patients.

In 1994, facing financial difficulty, the Blues’ board allowed member plans to become for-profit. The immediate intention was to raise funds in the stock market to stay afloat. Over time, the plans consolidated and grew, becoming today’s giants like Wellpoint and Anthem BCBS.

Medicare is the national U.S. health insurance scheme that covers citizens over the age of 65, young adults with certain disabilities, and people with permanent kidney failure.

In 1965, President Lyndon Johnson enacted Medicare into law. Medicare is the national U.S. health insurance scheme that covers citizens over the age of 65, young adults with certain disabilities, and people with permanent kidney failure.

At that time, healthcare reimbursement was generally fee-for-service. Providers charged as much as they could, and insurers generally paid it out. From 1967 to 1983, Medicare payments to hospitals increased from $3 to $37 billion.

With more money rolling in, hospitals hired administrators, who helped steer the organization toward financial performance. Physicians were influenced to focus on more profitable care, told what procedures to perform, given bonuses scaling with revenue they brought in, compared publicly to other doctors on revenue, and even told to attend charm school to make more revenue. Likewise, nurses became “clinical nurse-managers” armed with statistics on billing.

Healthcare costs were getting out of control, so to clamp down on charges, Medicare revised payments to a “diagnosis related group”—essentially, a fixed bundled amount based on the diagnosis. Medicare would pay a fixed amount for an appendix removal.

Like what you just read? Read the rest of the world's best book summary and analysis of Elisabeth Rosenthal's "An American Sickness" at Shortform.

Here's what you'll find in our full An American Sickness summary: 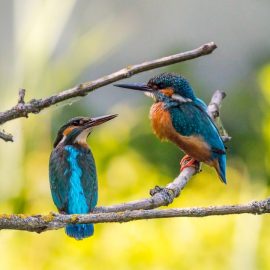 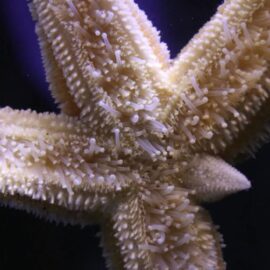