What are the most common hillbilly stereotypes? Are they accurate?

Hillbilly Elegy: A Memoir of a Family and Culture in Crisis examines the spiritual and social decline of the Appalachian white working class through the life story of its author, JD Vance. Growing up in a post-industrial Ohio town, Vance encountered the symptoms of community and familial dysfunction—drug and alcohol abuse, unstable marriages, lack of education, and evasion of hard work—that underscore the failing values of the culture from which he came.

Beyond just being the story of JD Vance’s life, Hillbilly Elegy is a broader social commentary and a critique of hillbilly culture. Vance argues that hillbilly culture, as lived and practiced in post-industrial towns across Appalachia like where he grew up, has come to celebrate self-destructive and antisocial behavior. He contends that this behavior and a certain set of attitudes are severe hindrances that prevent white working class people from acknowledging the problems in their families and their communities and make it difficult for people to succeed outside of that culture. Below are some hillbilly stereotypes that Vance believes are true.

Growing up, JD saw that many people in his community viewed work with disdain and struggled to hold down a steady job. His community was plagued by high levels of unemployment, indebtedness, welfare dependency, and poor work habits. JD recalls one young man with whom he worked at a summer job. The man would consistently take hour-long bathroom breaks, call out sick at least once a week, and was chronically late. Eventually, he was fired. Yet when this happened, the man blamed his employer for the situation, claiming he’d been treated unfairly—there was no sense of personal responsibility, no willingness to account for how his own actions had led him to this point.

Hillbilly Stereotype #2: They Shift Blame to Others

JD makes the case that hillbilly culture has become resentful and insular, all too willing to blame the rest of the world for its problems instead of taking an introspective look at itself. Rather than taking responsibility, JD saw that many of his drug-addicted and impoverished friends and neighbors chose to blame the government (and often President Barack Obama specifically). One friend quit his job because he refused to wake up late, then took to social media to bemoan the sluggishness of the “Obama economy” for his unemployment.

In examining his own political affiliations later in life, JD saw that movement conservatism—

while ideologically and rhetorically rooted in the ethic of personal responsibility—

too often just provided its adherents with targets to blame, instead of solutions for self-improvement. Popular religion reinforced the same themes. JD saw how fundamentalist Protestantism, for example, gave people no concrete answers for life’s most pressing issues. It instead gave them a convenient list of bogeymen to fear and oppose—usually LGBT people, liberal college professors, the federal government, abortionists, and feminists. As long as you had disdain for the “right” people, you were a good person. Vance believes this hillbilly stereotype is accurate.

Hillbilly Stereotype #3: Their Culture Is a Culture of Honor

Too many in JD’s community, particularly males, lived by an outmoded “code of honor” that demanded violent retribution be meted out to anyone who offered the slightest insult or sign of disrespect. Growing up, he heard stories about how close relatives had beaten and shot people in the course of disputes. This was celebrated as a noble cultural characteristic, and JD became an ardent practitioner. When a boy broke up with his sister, he saw it as his duty to violently attack the young man. When someone insulted his grandmother on the schoolyard, his sense of family loyalty and honor compelled him to start a fight. Looking back, JD now sees this behavior as self-destructive: the rest of the world does not resolve mild disputes or disagreements through violence. Growing up in this world stops young people from knowing how to resolve conflicts in a healthy way and renders them unable to function outside of it.

Today, as an Ivy League-educated white collar professional, JD is able to look back soberly at just how much of an exception he is: how little emphasis his community and his culture placed on education. A college education was a distant and remote pipe-dream, certainly not something parents prepared their children for or treated as an expected life experience. No one JD knew had gone to a four-year college; and 20 percent of the town’s high school freshman cohort wouldn’t go on to graduate in four years. With hindsight, JD attributes this poor record of educational attainment to a culture of low expectations. To him, this is an accurate hillbilly stereotype. Children saw poverty, high unemployment, and drug addiction all around them growing up, often in their own immediate families. With such poor models of adult behavior, they never came to expect much from themselves.

Throughout his childhood and teenage years, JD saw how his community was infected by a gloomy pessimism and fatalism that encouraged people to abandon any hope that their material condition could ever improve. This attitude only encouraged indifference and apathy, as well as poor work ethic: if things will never get better, there’s no point in working hard to try to improve your lot in life. Indeed, surveys show that working-class whites are the most pessimistic demographic group in America today. This speaks to a deep spiritual and cultural decline in the community.

When he went to Ohio State and then to Yale Law School, JD learned to be a keen observer of how successful people thought and behaved versus how people in his community looked at the world. Having now lived in both worlds, he saw that true mobility in America was defined by more than wealth: social mobility mattered more than economic mobility. Even during periods where his family was earning good money and living in relative material comfort, they maintained all the same destructive social attitudes and dysfunctional modes of conflict resolution that were the inheritance of their hillbilly culture. From high divorce rates to domestic discord, they never made the transition to true middle-class standards of respectability.

Later on, in the white-collar professional world, JD discovered how much he truly had lacked in social capital—the networks of relationships that enable individuals to function and succeed. This lack of social capital put him and his community at a severe disadvantage and still represents a major barrier to social mobility in America. 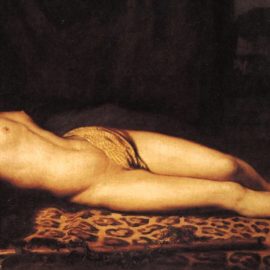