A hierarchy system one where sub-systems are configured under a larger system. A hierarchy can be simple or complex.

Read more about the concept of a hierarchy system.

In a hierarchy system, subsystems are grouped under a larger system. So how does a hierarchy work?

There are many nested layers in the hierarchy of our world. Let’s take you as an example:

As systems self-organize and increase their complexity, they tend to generate hierarchies naturally. For example:

Why a Hierarchy System?

The arrangement of a complex system into a hierarchy system improves efficiency. Each subsystem can take care of itself internally, without needing heavy coordination with other subsystems or the larger system.

This arrangement reduces the information that the subsystem needs to operate, preventing information overload. It also reduces delays and minimizes the need for coordination.

In a hierarchy system, both the subsystems and the larger system have their role. If either deviates from the role, the system’s performance suffers.

On the other side, the larger system’s role is to help the subsystems work better, and to coordinate work between them. In other words, the larger system is a supporter and an air traffic controller. It should not exercise more control than this, but it often does:

A good hierarchy system has balance. There is enough central control to coordinate the subsystems to a larger goal, but not so much control that it suppresses the subsystem’s performance or self-organization. 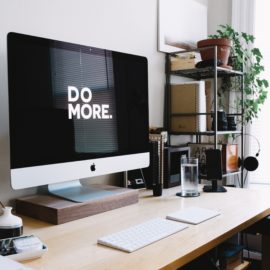