What are the things you’d like to do but aren’t because of the potential for discomfort, failure, or disappointment? Why is it important to push yourself to get out of your comfort zone?

We often let limiting thoughts about ourselves and our abilities guide how we live our lives. Most people aren’t even aware of how much staying in their comfort zone limits their life outcomes and what would be possible if only they had the courage to venture beyond it.

In this article, we’ll talk about the importance of going out of your comfort zone and how to use affirmations to expand it and achieve your goals.

The Problem With the Comfort Zone

For example, Canfield limited himself to buying shirts for $35 or less. Then, one of his bosses took him shopping at an Italian clothier in Los Angeles. The minimum price for a shirt was $95. Canfield started sweating, telling himself he couldn’t afford the clothing in the store and wouldn’t enjoy owning such expensive things. He bought one shirt while his boss bought a number of new items.

When Canfield wore the shirt later, he liked how comfortable it felt. He realized that his stories about who he was and what he should wear had limited his comfort. He now often custom-orders $300 shirts to get exactly what he wants. In this spirit, learn to recognize when you get nervous about leaving your comfort zone and try to work through it.

As Canfield’s story illustrates, limiting thoughts and beliefs can keep you in your comfort zone, preventing your progress toward your goals and self-realization. These could include shame, thinking you’re inferior, or thinking there’s nothing you can do to change your circumstances and achieve your goals. You may have developed these beliefs in childhood and have never processed them or worked through them.

Successful people recognize that you can’t ignore limiting beliefs and behaviors; you must acknowledge them and process them in order to make progress toward your goals. It’s like driving a car—if you discovered the emergency brake was on, you wouldn’t press harder on the gas, you’d release the brake. Similarly, identifying how you’re limiting yourself will help you stop doing it. For example, instead of telling yourself and others that you’re terrible at public speaking (a limiting belief), be positive about yourself and your abilities: Think, talk, and write about the reality you plan to create.

How to Use Your Affirmations

Here are some other ways to regularly use your affirmations:

Canfield decided he wanted to increase his earnings from $25,000 to $100,000. He wrote an affirmation that captured his intent and made a drawing of a $100,000 bill that he put on the ceiling above his bed so he’d see it when he woke up or went to sleep. Each time he saw it, he’d close his eyes, say his affirmation, and think about what it would look and feel like to have achieved it. He thought about where he would live and how his lifestyle would change. He started getting ideas for increasing his income. One idea was to sell more copies of one of his books. First, he realized he could make $100,000 by selling 400,000 copies of his book (he made 25 cents per book). Then he realized he could make $3 per copy if he published his books on his own, so he started doing that. He also started earning more money for his speaking engagements. Within one year, he had increased his income to $92,000. Now, he consistently earns over $1 million per year.

Going Out of Your Comfort Zone: Use Affirmations 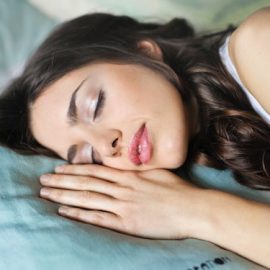