What does the phrase “God is in all things” mean? How is this spiritual path part of The Bhagavad Gita teachings?

In The Bhagavad Gita, Krishna helps Arjuna see that God is in all things. Everything is one, and spirituality and self are all part of something bigger.

Read more about how God is in all things and how it’s discussed in The Bhagavad Gita.

The True Form of God: God is in All Things

Arjuna is awed by everything that Krishna has told him. Over the course of this conversation, Krishna has guided him from being a short-sighted warrior prince, concerned only with the battle in front of him, to someone who’s ready to begin the true spiritual work of breaking free from karma and reincarnation by devoting himself to Vishnu. However, Arjuna is still a practical person who needs to see things in order to fully grasp them. He begs Krishna to reveal his true, immortal self: the master of all creation, and doesn’t realize that God is in all things.

Arjuna is completely overwhelmed and falls to his knees. He tries to tell Krishna what he is seeing. He sees the God Brahma sitting on a lotus flower, all of the ancient sages, and mythical monsters. The entire universe makes up God’s body, which has infinite mouths, stomachs, arms, and eyes. The being wears a crown and gleams with heavenly jewels. The light that radiates from its body warms everything that exists.

He sees that the true form of Vishnu is the ultimate mystery of the universe, the only truth that must be known to break free of karma. Vishnu is the eternal guardian of dharma, or fate, who is reborn again and again to keep the world on its ordained path, and that God is in all things.

Arjuna sees all other gods, demigods, and demons, and the universe itself shaking in fear before God’s true self. Arjuna himself is terrified by one part of the vision: All of the warriors who have gathered at Kurukshetra for the upcoming battle, the kings they fight for, the entire world, and countless other worlds are all streaming into Vishnu’s countless burning mouths, where they are destroyed and swallowed. Arjuna, who is now so frightened that he can’t even stand up, again begs Vishnu to explain what he is.

Vishnu responds that he is time, the ultimate destroyer. He repeats what he told Arjuna at the very beginning of the Gita: Everyone gathered at Kurukshetra will eventually die no matter what Arjuna does, and therefore he should fulfill his dharma and lead the Pandavas into battle. Vishnu himself is the one who will kill them—Arjuna will simply be one of his countless weapons. Vishnu promises that, should Arjuna stand and fight, he’ll win the battle since he has found God, and God is in all things.

Arjuna, who now sees what his childhood friend Krishna truly is, prostrates himself. He’s terrified that he might have accidentally disrespected Vishnu, and he begs forgiveness for the times when he addressed Krishna casually or thoughtlessly. He says that he’s happy to have seen Vishnu’s real self, but he repeats that he’s terrified. Arjuna begs Vishnu to go back to his more familiar, limited form.

Vishnu replies that, through his blessing, Arjuna has been given a look at something that no mortal has ever seen. He praises Arjuna for being the first to receive this vision—neither mystical knowledge, nor meditation, nor rituals, nor asceticism can grant mortals a glimpse of the true form of God. Even lesser gods try and fail, to see what Arjuna saw. Only through true devotion to Vishnu can a human see what Arjuna just saw, understand Vishnu’s true nature, and be freed from karma to rejoin with him.

With that said, Vishnu returns to the human form of Krishna and begins to console the terrified prince.

The Importance of Love

After calming down, Arjuna asks—given what he just saw—whether it’s better to love Vishnu or to try to understand him. Krishna answers that love is the better path of yoga (which, remember, means “union with God”).

Those who try to understand Vishnu’s divine nature through study, meditation, and dampening their physical senses may very well find him and be freed from karma. However, grasping his true self—let alone seeing it, as Arjuna did—is extremely difficult for mortals. It’s easy for them to become distracted or discouraged, and so lose their way, not realizing that god is in all things.

A much faster and more certain path is to do what Krishna advised Arjuna to do from the start: Live your dharma and perform good works with no sense of ego, acting purely out of love for God. Those who simply do right, without worrying about how it will affect them personally, will find peace. Those who act selflessly will receive Vishnu’s love.

A true yogi is one who’s unaffected by the physical world and all of its temporary sense-objects. Such people aren’t affected by good times or misfortune, and love all others equally—indeed, someone who truly understands Vishnu’s presence in all of us would not even be able to consider someone else an enemy, even in the midst of battle. They are all simply fragments of the divine fulfilling their own dharma.

God Is in All Things: Finding Spirituality 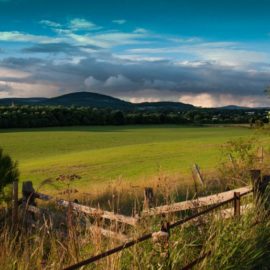 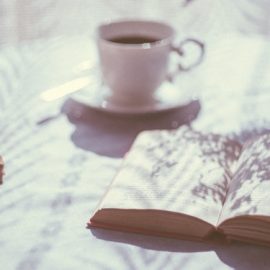