What is the key to delivering clear yet considerate feedback? How does feedback differ across cultures?

The ability to deliver feedback on someone’s performance in a way the receiver understands is essential to both your and the feedback receiver’s success. If you’re too indirect, the receiver might not understand its content and if you’re too direct, you may come across as cruel or incompetent.

In this article, we’ll look at the two main ways cultures give feedback and present some strategies for giving feedback across cultures.

(Shortform note: Why are Americans direct in their general communication but indirect when it comes to giving feedback? It might be because giving feedback, particularly negative feedback, is more emotionally charged than most business communications. This is partly due to our fear that the feedback-receiver will react poorly. This fear may be evolutionary: We know that pain triggers a fight-or-flight response, and we don’t want to become that trigger. We don’t want to be a threat.)

Meyer also states that these cultures tend to use strengtheners, which are words that strengthen the feedback, such as “totally” or “clearly.”

(Shortform note: Negative feedback of all types offers benefits. A Harvard Business Review article points out that negative feedback improves your argument, especially when it comes from different fields: You’re forced to adjust and clarify your idea, which strengthens it. Negative feedback may also help you realize how much an idea matters to you. If you remain neutral when someone challenges your idea, it may not be as important or as good as you think.)

According to Meyer, cultures that use indirect negative feedback tend to deliver their messages in a subtler manner. They often couch these messages in positive affirmations.

Meyer also states that these cultures tend to use weakeners, which are words that mitigate or qualify the feedback, such as “slightly” or “in my opinion.”

How to Handle Giving/Receiving Feedback in Different Cultures

Meyer divides cultures into four categories based on their positions on both the feedback and communication spectrums.

First, we’ll discuss the overarching principles that apply to giving feedback across cultures. Because Meyer’s strategies for each of the four categories are slightly repetitive, we’ll then focus on strategies to use in two specific situations: low-context cultures that fall in the middle of the feedback spectrum, and high-context cultures that tend towards indirect negative feedback.

Principles for Giving and Receiving Feedback in Different Cultures

Principle #1: Be transparent about how you normally provide feedback.

Explain how you normally provide feedback and the cultural norms where you’re from so that others can interpret your feedback in the way you intended. (Shortform note: Meyer recommends being transparent about your own cultural norms repeatedly throughout The Culture Map. This indicates how important transparency is for communicating effectively in globalized business environments: You have to understand which aspects of your own business skills are culturally influenced.)

Principle #2: Don’t try to imitate the other culture.

If you try to provide more direct feedback than you’re used to, you might offend someone. Even in cultures that are used to direct negative feedback, Meyer notes, there are still subtle rules of etiquette that govern what’s acceptable and what’s offensive. As an outsider, you don’t have a clear handle on these rules. So you can try using one extra strengthener in your feedback, but to avoid offense, don’t go further.

(Shortform note: Another way to think about this is to find the “zone of appropriateness,” which is a concept used to describe the spectrum of acceptable behavior within a culture. Then, go one step further in either direction than is comfortable for you.)

However, as an outsider, you don’t understand the complicated interplay between these factors so you’re better off not trying as you might offend someone.

(Shortform note: Meyer insists that you don’t want to imitate the other culture, but others state that there might be situations in which it is appropriate. To judge this for yourself, first ask: How flexible is the culture? Then, clarify what you’re trying to accomplish. How will imitation help or hinder this accomplishment? Starbucks designed their first Chinese stores to look like teahouses. But this attempt at cultural connection offended the Chinese, who had many tea houses already and craved the full Western Starbucks experience.)

Principle #3: Think of feedback as a gift.

People from direct negative feedback cultures tend to view this directness as a sign of respect: The other person respects them enough to be clear and honest with them.

So when you receive direct negative feedback, Meyer recommends, don’t assume they’re being cruel. Rather, take the feedback at face value and view it as a sign of respect.

How to Give Feedback in the U.S., the U.K., and Canada

According to Meyer, the U.S., the U.K., and Canada present unique challenges because they’re low-context cultures that fall in the middle of the feedback spectrum. If you have subordinates from any of these countries, Meyer suggests the following strategies when providing feedback.

Make your positive feedback just as explicit and clear as your negative feedback. But this doesn’t mean you should lie. Find something that is truthful, even if it feels small to you.

(Shortform note: Even if you follow the principles above, you may find that your employee still struggles with your negative feedback. American business book Carrots and Sticks Don’t Work suggests providing a ratio of 80% positive feedback to 20% negative feedback, which implies that Americans might view even a 50-50 split negatively.)

Unlike the U.S., the U.K., and Canada, many countries have a high-context culture and give indirect negative feedback. In these cultures, Meyer suggests the following strategies:

#2: Take the focus off the feedback.

Meyer specifically suggests taking the subordinate out for food and drink. The point is to have something else you can focus on—making feedback the crux of the conversation intensifies it. Then, once you deliver your feedback, don’t mention it again anywhere else.

Praise the positive, and don’t touch on the negative at all. Your subordinate will be able to read between the lines and infer the negative feedback without you stating it directly.

For example, let’s say your direct report led a meeting that went very well in the beginning but stalled halfway through. Praise the thing they did well in the first half that they struggled with in the second half. 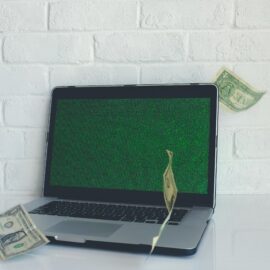 Happiness at Work: Overlooked but Important 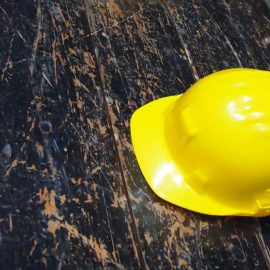 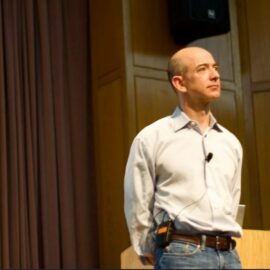