Who are some famous introverts? Are they from specific fields or are there introverts in a variety of fields?

Famous introverts come from many backgrounds, including art, science, and politics. Some of the most well-known introverts include Albert Einstein, Rosa Parks, and Al Gore.

Keep reading for examples of famous introverts and what they’ve done for society.

Quiet thinkers are responsible for many discoveries and artistic achievements, including:

Author of the Book Quiet

Author Susan Cain, an introvert and former Wall Street lawyer, recounts an instance early in her legal career, in which she was called upon to renegotiate the terms of a loan for an important client. While she was nervous initially, her low-key introvert approach of refusing to be adversarial, asking questions, listening, and focusing on solutions helped both sides reach an agreement. She was so successful that she received an offer of more work from her client and a job offer from her opponent.

Civil rights icon Rosa Parks was an introvert who abhorred the spotlight. Yet her quiet, one-word response to being told to give up her seat to a white passenger on a segregated bus sparked the Montgomery Bus Boycott and a national movement against racial segregation in public facilities.

On December 1, 1955, after a long day of ironing in the basement of the Montgomery Fair department store, Parks boarded a bus for home and sat down in the first row of the Colored section. When the driver ordered her to give up her seat, she simply said, “No”

The driver threatened to have her arrested, and she replied, “You may do that.” A police officer arrived and asked her why she wouldn’t move and she asked him in turn, “Why do you all push us around?” “I don’t know,” he said, “but the law is the law …” and he arrested her.

The Rev. Martin Luther King Jr. recognized that Parks’s quiet, unassuming nature plus her integrity and character made her a sympathetic and credible plaintiff for the lawsuit that ended bus segregation by order of the Supreme Court a year later. While King spoke for and promoted her, she remained humble and shunned the limelight. Yet she had taken considerable risk—she was fired from her job and received death threats for years.

News coverage of the Supreme Court order didn’t even mention Parks—the newspapers praised King and carried photos of boycott leaders standing in front of buses. Meanwhile, Parks was at home, caring for her mother.

In her brief autobiography Quiet Strength, published in 2010, she again resisted the opportunity to claim any credit, instead citing the many who died in the civil rights struggle.

The corporate teamwork environment marginalizes the contributions of introverts, who like to work alone. By contrast, the early Web allowed introverts to work independently on ideas and also share and build on the ideas of others. According to a study of the U.S., Australia, and the U.K., many of the earliest computer developers were introverts who worked alone but contributed to the greater good. For example, Apple’s Steve Wozniak worked alone on a prototype PC, but he shared ideas with a group called the Homebrew Computer Club.

This kind of solitary, intense focus on a passion is typical of creative people. Steve Wozniak compared himself to an artist, needing to work alone to control his creation. “I don’t believe anything really revolutionary has been invented by a committee,” he wrote.

Focus on a passion often starts in adolescence—for instance, Wozniak was fascinated by electronics as a teenager and spent hours working on them alone. A 1995 study of 91 extremely creative people found that they were loners as adolescents because their passion made them different from their peers. Examples include author Madeleine L’Engle and Charles Darwin. However, the kind of solitude that drives creativity and achievement is hard to come by in teams and open offices.

Former Vice President Al Gore, another one of the famous introverts, is another example of a leader whose conscience benefited society: long before most people cared about it, he engaged in a decades-long campaign to raise awareness of the danger posed by global warming. The welfare of society and even the planet may depend on the capabilities of highly sensitive people, as much as on those of bold doers.

Eleanor Roosevelt was a highly sensitive person known for her empathy for others’ suffering. As first lady to President Franklin D. Roosevelt, she was often described as “Franklin’s conscience” for her efforts to raise his awareness of social problems and get him to enact policies to address them.

For instance, in 1933, she spent three months traveling the country, listening to stories of the people devastated by the Great Depression, which she reported to FDR while urging action. Among other things, she:

Later in her career, as a delegate to the United Nations, Eleanor helped secure passage of the Universal Declaration of Human Rights. 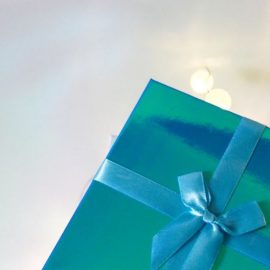 One thought on “Famous Introverts: The Quiet Artists and Leaders”