What is the role of economics in society? How has it changed over time? Are there certain things that never change?

Money is vital in shaping the direction of human history. In The Lessons of History, Will and Ariel Durant discuss the role of economics in society throughout history. They identify patterns that provide insights about the profit motive, wealth inequality and redistribution, and socialism.

Read more to learn what history tells us about the role of economics in society.

Viewing History Through the Economics Lens

Much of history can be interpreted sensibly through the economics lens, as a contest among individuals, groups, and states vying for resources and economic power.

While it’s possible to identify the role of economics in society throughout history, not all activities are primarily economically motivated – like the teachings of Buddha or the nationalistic fervor of Hitler’s troops. The motives of leaders may be economic, but the passions of the masses may not be.

As the Durants examined the role of economics in society, they found that the individual profit motive is vital to spurring productivity. The profit motive sparks the spirit of competition and inventiveness, in a way that works without excessive monitoring, and scales well across an entire growing population.

Every successful economic system must eventually rely on profit incentives. Alternatives like slavery, governmental force, or ideology ultimately prove too unproductive or too unsuccessful to compete against incentive-driven systems.

Some individuals are better equipped than others to survive. This is the natural product of biological variation, which in turn is necessary for evolution and natural selection. And the complexity of civilization magnifies this difference, allowing the exceptional few to wield tools that further enrich themselves.

In a society, the degree of wealth concentration depends on the economic freedom permitted by morals and laws. Democracy, which allows the most liberty, accelerates inequality.

Studying the role of economics in society, the Durants determined that concentration of wealth and redistribution (violent or peaceful) cycle in civilizations like a heartbeat. Concentration may reach a point where the strength in the many poor rivals that of the few rich; then the unstable equilibrium requires either legislation redistributing wealth, or by revolution distributing poverty.

Nothing instills the spirit of competition and inventiveness and exhaustive labor like capitalism and self-interest do.

Yet elements of socialism have recurred throughout history. These include state control of commerce, wide government employment, price controls, welfare, progressive taxation, redistribution of wealth, and large public works to reduce unemployment.

Socialism is especially palatable under the threat of security. When external danger mounts, people are willing to forsake internal liberty.

Socialist institutions are commonly overturned when:

In the modern-day, communism has taken on a capitalist flair to stimulate productivity. Inversely, capitalist societies have taken on socialist programs to curb discontent with inequality. And so capitalism and communism look more like each other than they did decades past.

The patterns that the Durants identified in their research help us understand the role of economics in society over time and today. 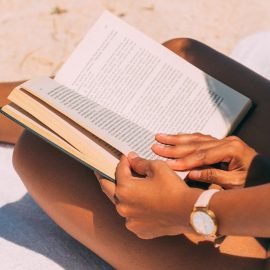