Many jobs require people to work together, and good teams require harmony between the members and strong leadership.

It takes a lot of top-level teamwork to fly an airplane. When a crash occurs, 80% of the time it’s because of a mistake made by a pilot that could have been prevented if the team had worked together better. Because of this, pilots in training must learn certain social intelligence skills, like open communication, listening, cooperation, and speaking up.

Of course, in everyday jobs, someone making a mistake isn’t going to result in a plane falling out of the sky and potentially killing people–but teams that are poorly managed experience low productivity, an increase in mistakes, missed deadlines, and the loss of team members to other, better workplaces.

Emotional intelligence is particularly important to the leaders in business–CEOs, managers, and the like–and yet these people are usually the biggest believers in cutting emotions out of business.

The same negative effects we discussed in the Chapter 1 still happen in workplaces: stress and emotional distress make it harder to remember things, learn new things, make decisions, and work together.

Emotional intelligence and leadership shouldn’t be about dominating people, it should be about persuading them to work together for a common goal. An ideal workplace is one where every member is attuned to each other’s feelings, the team can handle disagreements without allowing them to escalate, and each member can get into a flow state while performing their job. To accomplish all that, we need emotional intelligence.

Many people today are “knowledge workers,” workers who specialize in adding value to knowledge–computer programmers, data analysts, writers, and so on. The productivity of these workers depends on their coordination in an organized team–computer programmers program the software but don’t distribute it, writers write but don’t publish. In other words, they rely on other people to help make the work happen.

A handful of things can bring down a group’s performance, all of them in the realm of emotional intelligence:

There are a variety of circumstances in any workplace where group emotional IQ comes into play: meetings, emails, conferences, work teams, and even informal individual networks. Managers or team members looking to improve their group’s IQ should organize some emotional intelligence training, both for themselves and the other members.

Even workplaces without organized team efforts still benefit from employees with emotional intelligence.

Individual “stars” at a workplace do something that sets them apart from other employees: they have an informal network of fellow workers they can call on when they need something specific, on account of developing and maintaining personal relationships with these workers.

The formal hierarchy and network at an organization is designed to deal with anticipated problems on the job–but having an informal network of fellow workers becomes more important in the face of unanticipated problems. These informal networks are good in a crisis because they do not have to go through the typical channels, allowing workers to focus on specifically what needs to get done and bypass unnecessary functions.

There are three types of informal networks, based on the type of connection needed. 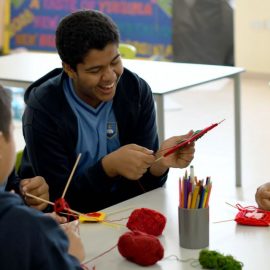 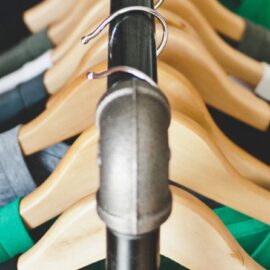 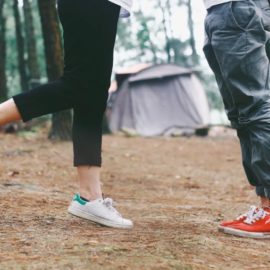