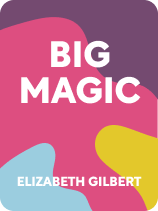 How does Elizabeth Gilbert define “Big Magic”? Is creativity a prerogative of the lucky few or can anyone learn to be creative?

In her book Big Magic, Elizabeth Gilbert argues that creativity is not just a domain of a few brilliant professional artists, but rather an enriching way of life anyone can adopt at any time. If you embrace, creativity, she says, you’ll experience “Big Magic”: a mystical or spiritual force of creativity that brings joy and purpose.

In this article, we’ll explore four keys to a good relationship with your creativity and “Big Magic” or Creative Sorcery.

Key 1: Understand That You Were Born With Big Magic

Gilbert stresses first that Creative Sorcery naturally seeks out relationships with all humans. You don’t need to be selected by the universe to receive visitations from ideas or your genius. This is because, according to Gilbert, you and all humans were born with the ability to create and be creative. Forty thousand years ago, our ancestors first executed what could today be classified as “art.” And since then, humans have been making, building, and creating. The push to create is part of our DNA.

(Shortform note: There are additional examples of ancient art beyond the forty-thousand-year-old cave paintings in Chauvet-Pont-d’Arc in France to which Gilbert is likely referring: ostrich eggshell carvings in Africa, covering bodies decoratively in ochre, and the creation of sophisticated and aesthetically pleasing tools 2.5 million years ago. This evidence all supports Gilbert’s notion that humans can’t help but be creative—perhaps even more so than she envisioned.)

According to Elizabeth Gilbert, Big Magic sees your mind as fertile terrain to plant in and will never hold back ideas or your genius. You, therefore, have always had and will always have the tools to create—your creativity and Creative Sorcery—at your disposal.

Have Joyous Faith in Big Magic

As a creative, Gilbert says, take the understanding of your innate relationship with Creative Sorcery a step further by developing joyous faith in Creative Sorcery. Joyous faith is the conviction that Creative Sorcery loves to work with humans, is at all times trying to help and communicate with them, and will never voluntarily abandon them. This faith gives rise to feelings of joy, ease, and lightness around your creative work, writes Gilbert.

(Shortform note: While Gilbert says that joyous faith makes your creative process more pleasant, a broader religious or spiritual faith can similarly make your whole life more enjoyable. Religion imbues one’s life with a sense of purpose and meaning. It also offers moral guidance and opportunity for socialization and community formation, which can combat feelings of isolation. Having some form of faith, whether it be limited to your creativity or not, can thus bring a sense of ease and joy to your life, as Gilbert suggests.)

Big Magic Helps You by Leaving You Clues

According to Gilbert, when you have joyous faith, you believe that Creative Sorcery is always trying to leave clues to help you in your creative pursuit (in addition to sending you ideas and visits from your genius). All you need to do is look out for these clues.

Gilbert writes that clues can take the form of coincidences, items of beauty, dreams, déjà vu, and other strange occurrences that interrupt usual daily life. Therefore, by adopting joyous faith, everything in life can be viewed as Creative Sorcery desperately trying to assist you.

A clue left for you by Creative Sorcery could look something like this: You’re traveling by bus in a foreign country and accidentally get off at the wrong stop on your way to an attraction. You wander down empty streets with no idea of where you’re going or how to get back home. Suddenly, at the end of a street, you come upon a magnificent ancient structure. It’s unlike anything you’ve ever seen and immediately makes you think of a panel of your graphic novel about the ancient world you can’t quite get right. You realize this structure is the ideal inspiration for that panel and snap a picture so you can recreate it in your novel. This apparent accident was, seen through a lens of joyous faith, Creative Sorcery leaving you a clue.

Key 2: Your Relationship With Big Magic Is Mutually Beneficial

This explains why Creative Sorcery is always trying to find ways to help you, adds Gilbert. It needs you to bring ideas to life and will make every effort to make your work easier. It also helps explain Creative Sorcery’s innate benevolence towards humans. Creative Sorcery is not an enemy, but rather a friend who has a vested interest in your creative endeavors.

Key 3: Keep Your Relationship With Big Magic Loose and Light

Gilbert recommends approaching your creativity and Creative Sorcery with a playful, flexible, and mischievous attitude to have the most enjoyable creative experience. Think about what you want to do and how you can make it happen. Be wary of perceptions of finality or impasse. Usually, blocks can be overcome or reframed using playfulness and out-of-the-box thinking.

On the same token, says Gilbert, sticking to abstract principles, morals, and self-imposed rules will not invite Creative Sorcery into your life. Instead, Creative Sorcery will see you as not being open to its influence and will keep its distance. In a rule-based approach to Creative Sorcery, you may not violate any of your “creative morals,” but you won’t generate the work you want to generate and the process will be less fun, claims Gilbert.

Examples of a Principle-Driven Mindset and a Playful Mindset

For the sake of comparison, here is both a principle-driven and a playful approach to creativity in action:

Your creative interests lie in politics, and you are trying to organize a local political group. You publicize this group but in the end, only a handful of people show up for the first meeting. Having a principle-based attitude might lead you to say: “So be it. We will forge ahead with only three people, even though such a small group won’t make much of an impact.”

A playful, flexible attitude might lead you to instead say: “No one has shown up… Firstly, that means more doughnuts for me! Secondly, I wonder what I can do to excite others about this? Perhaps instead of holding this meeting in the morning, I can hold it at night at my friend’s karaoke bar. That way, people will unwind and have fun while I subtly chat them up about this political initiative.”

The above playful and flexible approach eschews high-mindedness (“If no one comes, that means no one is interested”) in favor of actually getting something done (“I can twist this situation so that others are more motivated to show up”). It is much more likely to succeed and be fun for everyone involved.

Key 4: Don’t View Suffering as Integral to Your Relationship With Creative Sorcery

Gilbert warns against the common tendency to see creativity as necessitating or being facilitated by suffering. This view has been promulgated, particularly in the West, by Christianity and 18th and 19th century German Romanticism, both of which put a premium on agony. The central idea of these philosophies is that you cannot create great work without suffering for it.

Let’s discuss three specific reasons why suffering should not be seen as intrinsically linked to creativity.

Reason 1: Being a “Tortured Artist” Prevents You From Growing

The first reason why Gilbert wants to dispel the notion that suffering is necessary for creativity is that “tortured artists” are allowed to get away with bad behavior and avoid personal growth. Viewing yourself as a suffering artist gives you license to do things other people would consider selfish: not earn enough money to support yourself, neglect your friends and family, be rude or dismissive toward others, destroy your living space and possessions, and so on.

While such behavior may feel good at the time, you ultimately only harm yourself, says Gilbert: You deny yourself the opportunity to improve and grow as a human and stay stuck in childish and self-destructive cycles that limit your potential.

The second reason why Gilbert pushes against creativity requiring suffering is that she feels this assertion to be patently untrue. Gilbert sees creativity as arising in spite of suffering, not because of it. In her own experience, anguish makes her less, not more, creative. It keeps ideas and her genius at bay and puts her out of touch with Creative Sorcery.

In the very worst cases, suffering for creativity can lead to death, writes Gilbert. A too-great number of artists have died tragically as a result of their mental suffering. In such cases, in addition to the horrendous loss of life, the artist’s creativity becomes lost forever, too. Others cannot find joy, solace, or encouragement in the artist’s new works.

Like what you just read? Read the rest of the world's best book summary and analysis of Elizabeth Gilbert's "Big Magic" at Shortform.

Here's what you'll find in our full Big Magic summary: 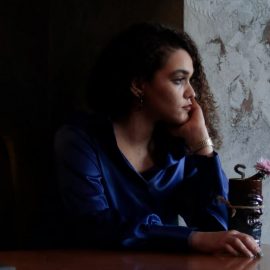 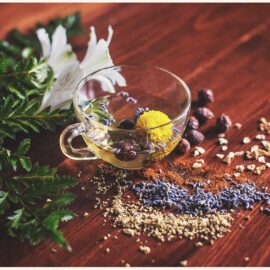