Where has Edward Snowden worked? What was his first tech job? How did he end up in intelligence? Which of Edward Snowden’s jobs was the most impactful?

Edward Snowden had a variety of jobs, all related to technology, before his leak in 2013. He started in web design while at community college.

Learn more about Edward Snowden, jobs he’s held, and what his current job is.

At Anne Arundel Community College, Ed enjoyed his college classes more than he’d enjoyed his high school ones. He made friends with a group of people in his Japanese class and one of them, Mae, owned a web design business. She hired Ed to work for her. For Edward Snowden, jobs like this were repetitive. But he was infatuated with Mae and enjoyed working with her.

For Edward Snowden, career meant he needed more credentials. If he wanted to keep working in tech, he knew he’d have to acquire a professional certification, so he tested for his Microsoft Certified Systems Engineer (MCSE).

Edward Snowden’s job as a technologist was for a company called COMSO that contracted services to the CIA. (Intelligence agencies rely so heavily on contracting that it’s easier to work for them as a contractor than as an employee.) Ed spent the next few years working at a variety of positions for the CIA and NSA in the US, Geneva, and Tokyo. Because Ed worked with computer systems, he had top secret security clearance and access to more documents than most individuals would, even those higher up in the agency.

The University of Maryland Job and Government Clearance

Ed wanted to serve his country using his computer knowledge. He had gotten into the army and could use that to get work at an intelligence agency. But first, he needed security clearance. Edward Snowden’s job at the University of Maryland got him clearance.

He got a government job with the University of Maryland that would sponsor his clearance application. He aimed for TS/SCI. Ed was a good candidate: he didn’t have a criminal record or drug habit, plenty of his family members had served and so had he, and his only debt was student loans. However, he was still nervous because the check would look into every element of his life. The National Background Investigations Bureau talked to everyone Ed knew, including, he suspects, a man he worked with once at a snow cone stand.

Working in Intelligence as a Contractor

In the 2000s, much of the government’s work was done by contractors, including intelligence work. Contractors had a different attitude towards the government than the civil servants of yore—the government was simply a client that paid well, not something to feel patriotic about.  It’s likely that the intelligence community employs contractors because it allows them to get around caps on hiring. Contractors aren’t included in hiring caps, so agencies can hire as many as they want and can afford.

Ed worked as a contractor helping the NSA open the Center for Advanced Study of Language (CASL). A few years later, after working abroad with the CIA, he went back to being a contractor (for Perot Systems, which was acquired by Dell) and worked for the NSA. Initially, his job was to connect the CIA and NSA’s infrastructure so they could share data.

Ed worked as a TISO at the US embassy in Geneva for almost three years. Geneva was home to many important world organizations such as the EU, the World Trade Organization, and CERN. As a result, the Geneva embassy piloted the most up-and-coming programs and technology, and Ed began to learn more about how big-picture intelligence and surveillance worked.

What Is Edward Snowden’s Job Now?

Ed was granted temporary asylum by the Russian government. His girlfriend moved to Russia to join him and they were married. Ed still lives in Russia as of 2019, where he works for the Freedom of the Press Foundation. 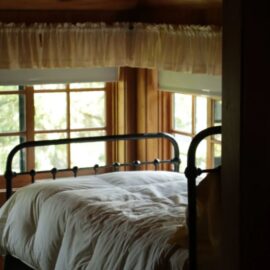 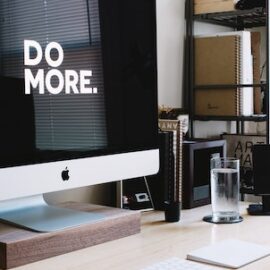