What is the 18 X-Ray division of the army? Is Edward Snowden an army vet? What was his military service like?

For Edward Snowden, army service was a calling after 9/11. He qualified for the 18 X-Ray special forces but got injured during basic training.

On September 11, 2001, Ed arrived at Mae’s house for work. Mae lived on base and her husband worked at Fort Meade, so Ed and Mae heard about the attack on the Twin Towers quickly. The base evacuated because Fort Meade could have been the next target.

As Ed left Mae’s, he was able to get in touch with his mother, who was safe, but it took him some time to find out about the rest of his family. Ed was particularly worried about his grandfather, who now worked for the FBI and regularly visited federal buildings. Fortunately, he was fine.

Later in life, Ed would develop more nuanced feelings about the government’s response to 9/11. At the time, though, he fully supported the war. Mae didn’t, and they grew apart. Ed distanced himself from the anti-institutional views of hacker culture and his parents’ apolitical patriotism. He’d never wanted to serve before, but he did now.

Ed thought he’d be most useful behind a computer, but a normal IT job didn’t seem like enough of an outlet for his newfound patriotic fervor. Hacking for the NSA or CIA would have been ideal, but they required a college degree, and Ed only had community college credits and his MCSE certification. (However, intelligence agencies would sometimes waive their requirement for a degree if you were a military veteran.)

Ed enlisted. For Snowden, army service was the right choice. His family didn’t approve because the Coast Guard considers the army leadership crazy.

For Edward Snowden, the army was a clear choice, but the army was changing. A new program called “18 X-Ray” screened incoming army applicants for Special Forces’ qualification courses at sign-up. Previously, to get into Special Forces courses, you had to already be in the army.

Injuries in the Army

The army has a stigma about injuries for a few reasons:

This results in injured recruits being seen as whiners or fakers, and it encourages people to hide injuries. For example, one recruit hurt his hip but ignored it. By the time he got it looked at a week later, he had to go straight into surgery—his hip was broken and the break was sharp enough to slice nerves.

Ed qualified for the X-Ray special forces program based on his performance in his entrance exams. Before he could take any special training, however, he had to go through basic training, which for him was held at Fort Benning, Georgia. Ed spent most of the journey there next to a giant man nicknamed Daisy who became one of his regular training partners. The buddy carries were tough for Ed because Daisy massively outweighed him. However, the army also used a lot of bodyweight training, which Ed had an advantage in because he was slight.

Ed’s main impression of training was that the point was to make the recruits so exhausted that they couldn’t rebel or question orders.

Edward Snowden’s army injury happened during a land navigation movement drill—map and compass navigation. Ed fell and injured himself. He was diagnosed with bilateral tibial fractures. The only way to heal was to keep weight off his legs, so he was benched for a few days before he would be reassessed. Ed was worried—if you miss more than three or four days of training, you’re in danger of having to restart basic training or being sent home. He’d lose his spot in the 18 X-Ray special forces program if he didn’t complete basic training on time.

While Ed was injured, he was put on fireguard. His partner decided to go AWOL, which is a crime. Ed asked why the man had even told him—Ed was injured and the man would have had plenty of time to run away while Ed was at the latrine. He explained that Ed was the only one who listened. Ed believed him, went to the latrine, and didn’t tell anyone that the man was leaving.

Ed was reassessed and the doctor said he couldn’t continue with basic training. Ed could try again later, outside of the X-Ray program, or, he could leave the army on “administrative separation.” The doctor explained to Ed that this was a quick, low-paperwork way to leave the army that didn’t involve either an honorable or dishonorable discharge. For Snowden, army separation was acceptable. Ed liked the idea and agreed. Then he saw the paperwork.

Ed had to sign a statement that said he was completely healed. It was a hack. The government was trying to get out of liability and paying him disability benefits. But Ed couldn’t get free without signing, so he did. 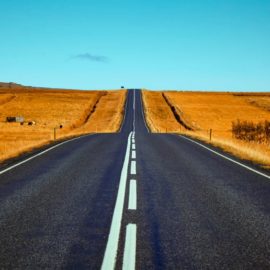 The Top 6 Tips on How to Interview Someone